For the first 10 years of RAF Saxa Vord there were no official Married Quarters for anyone not of senior rank. The average officer, NCO or airman who wished to bring a wife and family to Unst was expected to hire a dwelling in the community. In the early days with National Service, the average age of those posted to Unst was a lot younger than it was to become in the 60’s so, as time went on and the average age increased, the demand for housing grew.

It comes as no surprise to many that there were some funny rules in the “old days”. Married servicemen were paid a marriage allowance – in effect married people got paid more than their single workmates for doing the same job! This allowance was complicated by the fact that airmen didn’t get this allowance until they were 21 years old – officers had to wait until they were 25. Officers were also expected to notify their CO’s formally before getting married. Another oddity concerned postings to Saxa – for many years only servicemen could be posted there. Servicewomen were not allowed until much later (the 80’s I think). Whether this policy was for their own safety amongst a crowd of sex starved men or because of economics I don’t know. In those days there had to be female Officers where women were employed and of course separate billets/facilities.

By 1965 the MOD decided that there was a need to build an official quarter’s patch. The contract was awarded to Dorran Construction Ltd from . Forty-seven houses and 15 garages for about £259,000 – a good investment, but there again when I joined the RAF the following year my pay started at £6.8s.0p per week (£6.40 in today’s money). A clip from the Shetland Times is shown below –Left click to enlarge 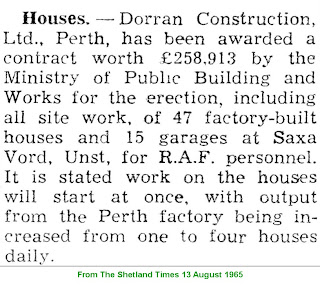 The construction company ran into financial difficulties before the contract was completed and that is referred to in this second Shetland Times Article:- 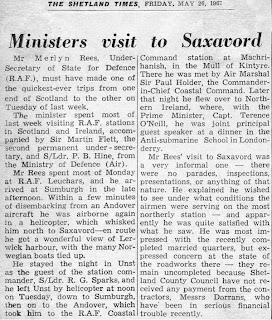 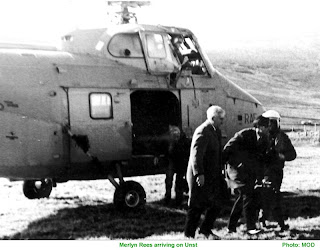 The next picture comes from an article featured in the RAF News in February 1967:- 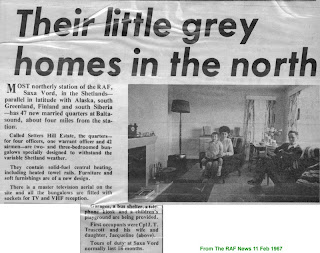 The 2 photos below show parts of SHE soon after it was first occupied.:- 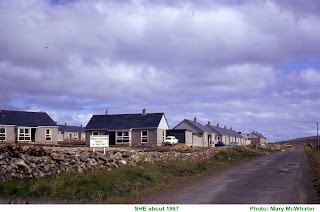 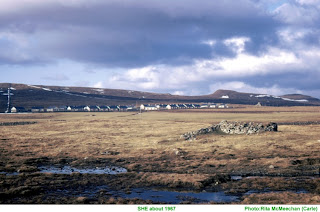 Some time later the estate was extended – the 2 storey houses in the photo below. Also of interest in the picture is the Baltasound Hotel (centre right) – translation for old codgers “The Springfield” or “Springers”:- 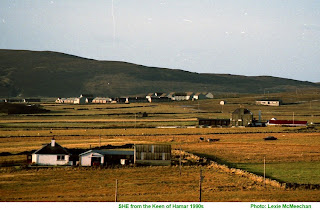 The sequence of pictures below were all taken earlier this month (Jan 2010) on a particularly dreich winters day – they may serve as a reminder to some of the many service families who lived there:- 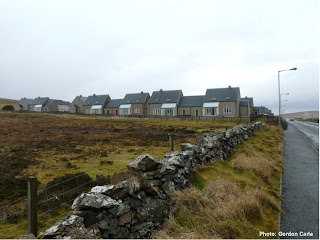 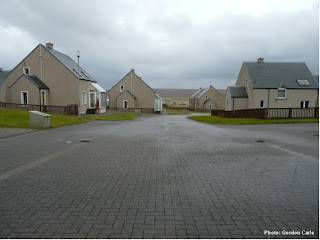 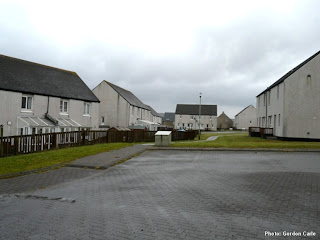 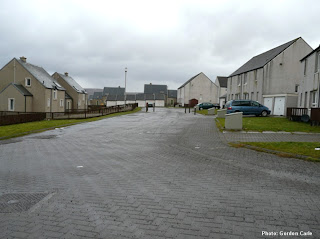 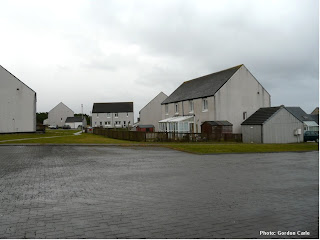 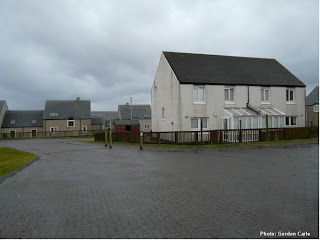 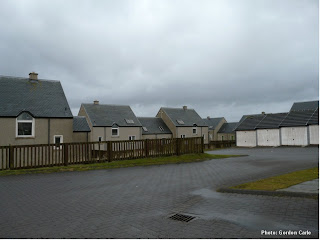 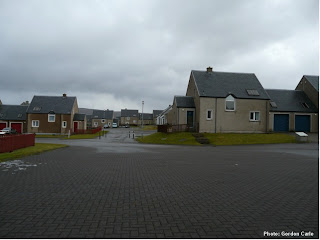 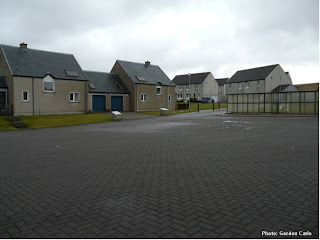 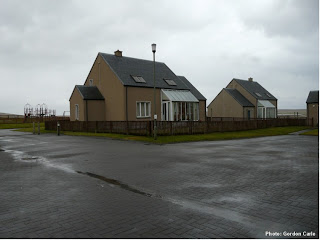 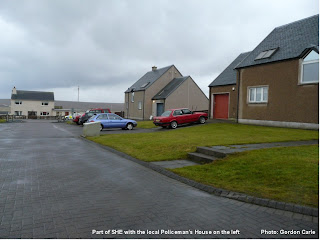