The AOC’s inspection in 1971 took place on  10 Jun whilst Sqn Ldr AP  Melbourne was the CO. The Inspecting Officer was AVM IG Broom, AOC 11 Gp, who must have visited Saxa on at least half-a-dozen occasions during his appointment. The first picture is a copy of a clipping from the Shetland Times. (Left click on pictures to enlarge). 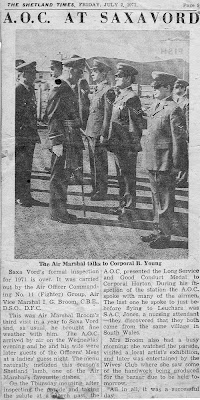 A better quality version of the photo from the newspaper is below: 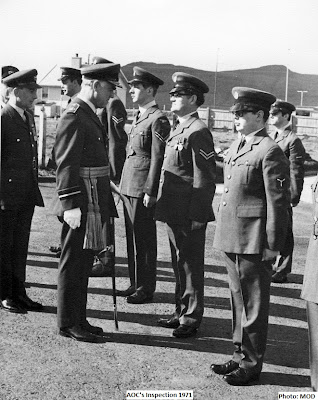 The next photo is of the AOC at the saluting base in front of the Power House: 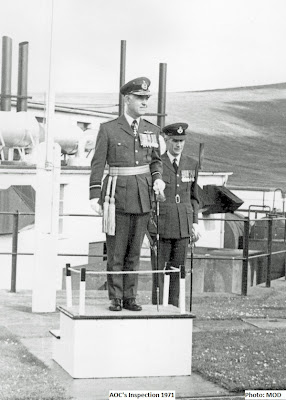 During the visit the AOC presented a Long Service & Good Conduct Medal to Cpl Horton: 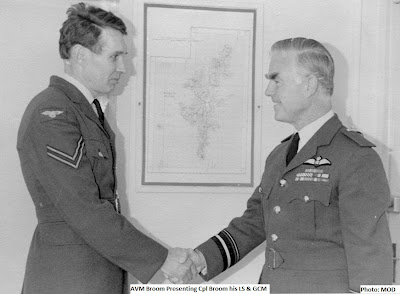 Whilst at Saxa he AVM also performed the official opening of the first version of the Penguin Club – an event which has been covered elsewhere on the blog.

The final l photo shows the AOC & his wife at the Unst Airstrip alongside an RAF Percival Pembroke C1: 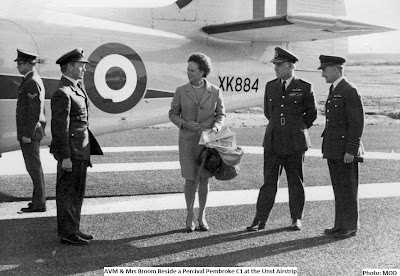