Fred Pope was at Saxa from 1967 to 69. You can read about his first experience of sailing in a previous section entitled “Fred Pope – Recollections 1967 to 69”:
http://ahistoryofrafsaxavord.blogspot.co.uk/2012/09/fred-pope-some-recollections-of-saxa.html


After that inauspicious beginning he became a very keen member of the sailing club, taking part in many of the local regattas throughout Shetland. Fortunately he also enjoyed photography and is happy to share some of his pictures on this blog. All of the photos in this section belong to Fred Pope.  The Shetland pictures used here were taken at Lerwick, Cullivoe and Baltasound. Near the end is a copy of a short piece from the Shetland Times about the Mid Yell Regatta in August 1968 and a couple of photos from an expedition Fred took part in.
The first 2 photos were taken in Lerwick, Left click on pictures to enlarge).  : 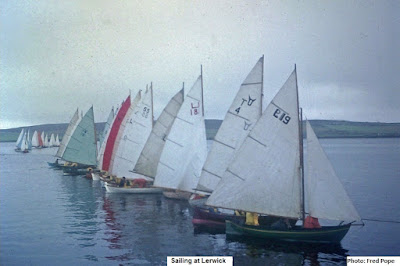 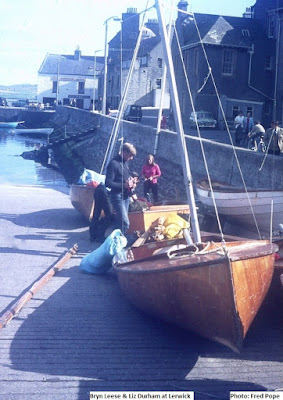 The next batch of photos were all taken at, or when sailing from, Cullivoe in Yell: 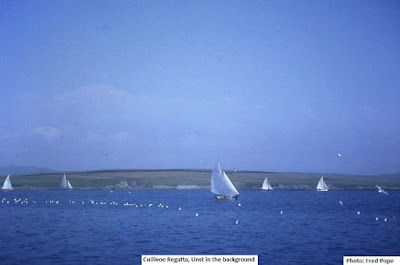 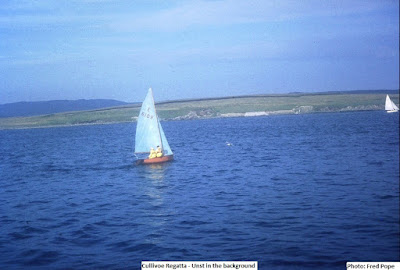 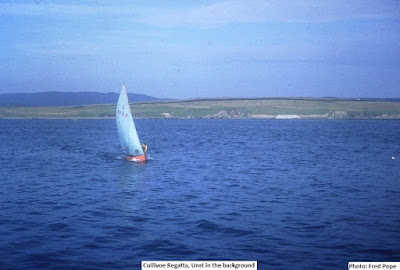 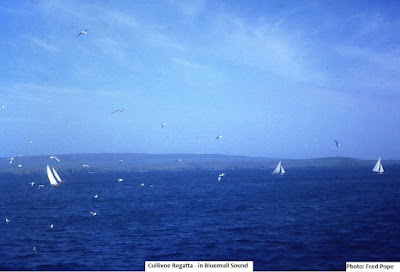 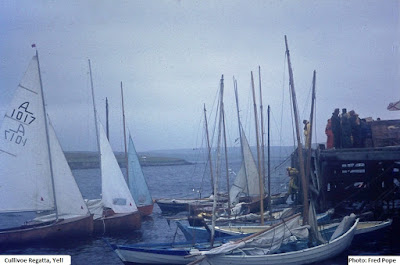 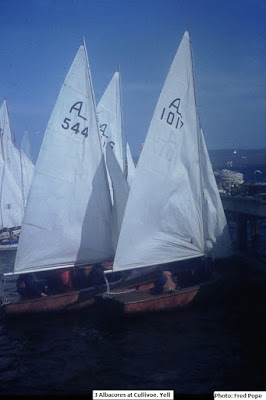 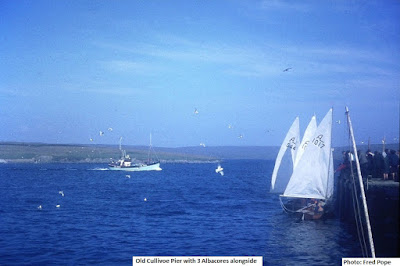 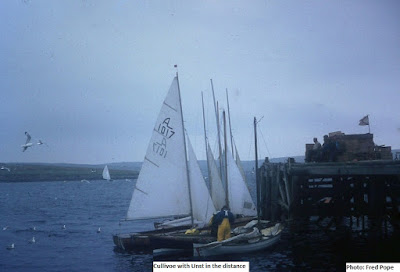 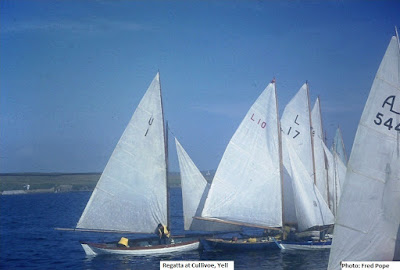 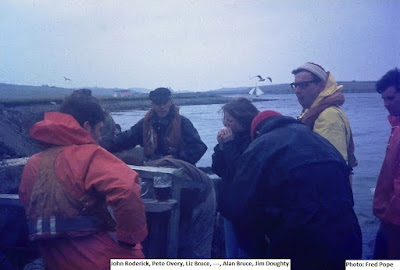 The 2 photos which  follow feature RAF Albacores at Baltasound. Many young (and not so young) servicemen learned to sail whilst serving in Shetland and a significant proportion continued sailing after being posted south. 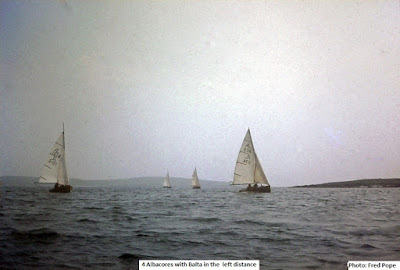 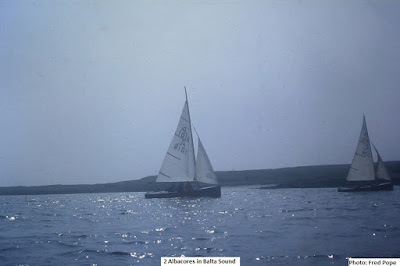 RAF participation in the Mid Yell Regatta was  popular and, during Fred's time,  he participated in the 1968 event. The Safety Boat had left Unst with plenty of “provender” aboard – at this time Yell was still a “dry” island with no legal sales of alcohol.  The regatta received coverage in the local paper - the Shetland Times - and a couple of extracts from the appropriate issue are reproduced below. Despite the depletion of the cargo from the Safety Boat, the RAF crews did well: 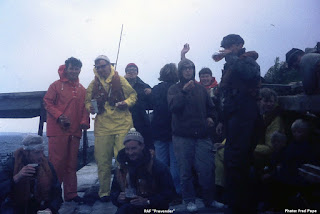 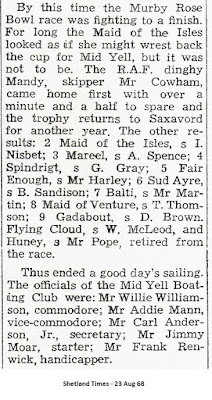 During his time at Saxa Fred managed to get selected for a sailing expedition off Cornwall. The last 2 pictures were taken on this trip and show a gaff-rigged lugger which also appears in the earlier section “Fred Pope - Some Recollections of Saxa 1967 to 1969”: http://ahistoryofrafsaxavord.blogspot.co.uk/2012_09_23_archive.html 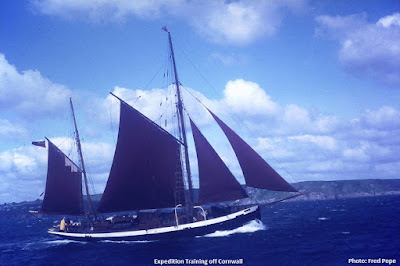 My thanks to Fred for permission to share his photos.
﻿

Posted by Gordon Carle at 20:09 No comments: