Following the bad gales at end of Jan 1961 it was decided that the Type 80 should be provided with a radome to protect it from the weather. Work on this began in early 1963. Obviously this meant that the Type 80 was off the air for a large part of the year.


The Type 14 was in use as a replacement and, although the performance was greatly reduced, the station stayed operational for most of the time. The Unit was involved in an incident towards the end of June 63 when assistance was requested by HM Coastguards who were trying to locate an overdue Norwegian ship – the Nesbakk, M-992-G. The ship was detected  on radar over 40 miles north-east of the site. An RAF aircraft and a surface vessel were directed to the vessel which had broken down. Eventually a Norwegian rescue ship took the Nesbakk under tow and escorted her safely to Alesund in Norway.


A  Norwegian firm was engaged as the main contractor but a number of local firms and people were involved in the construction. The first photo, taken from the air, shows the site at an early stage. The hut used by the contractors are marked with an arrow on the left-hand side of the picture. (Left click on photos to enlarge). 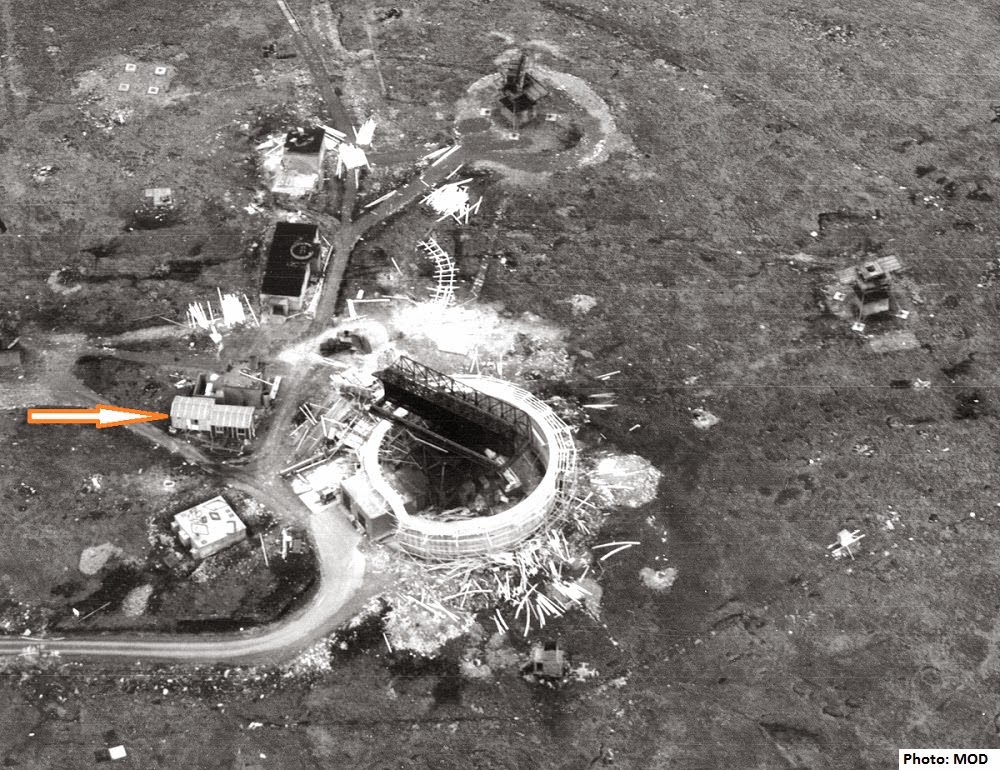 The next sequence of pictures shows the progress of the building as shown in official photos. 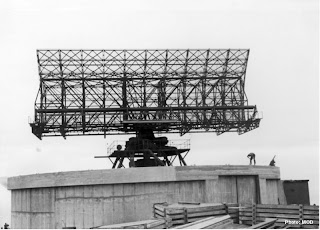 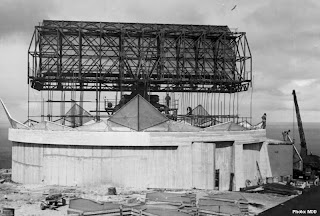 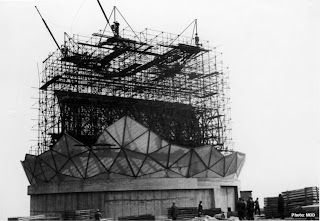 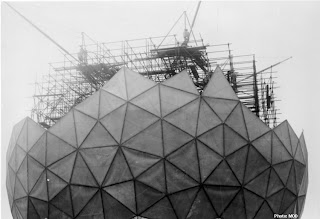 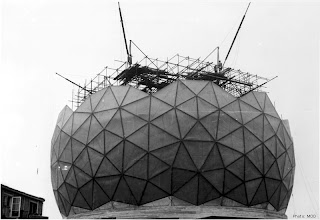 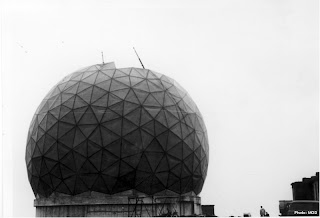 As I said earlier, a number of local folk were employed on the project. One of them was Bryan Edwardson and I'm grateful to Bryan and his wife Beth for allowing me to use the next three photos: 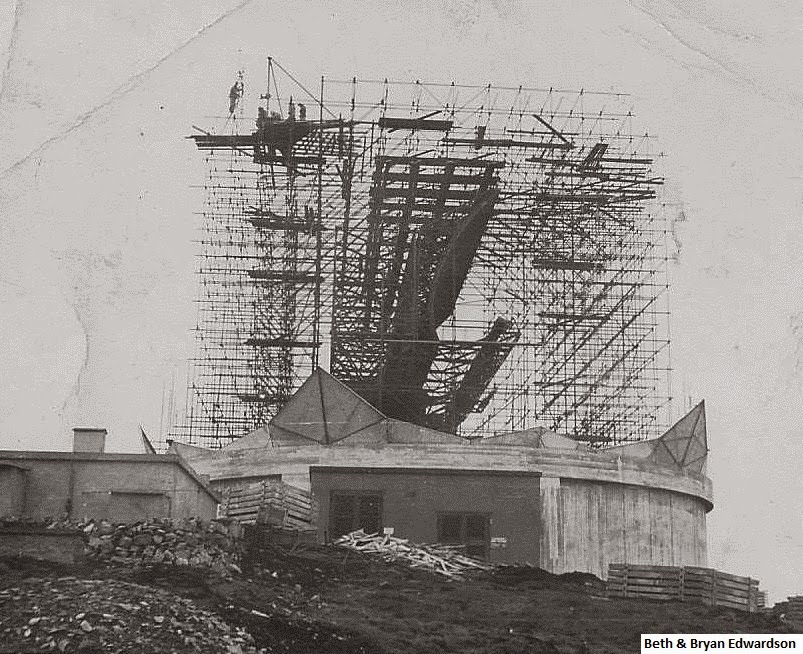 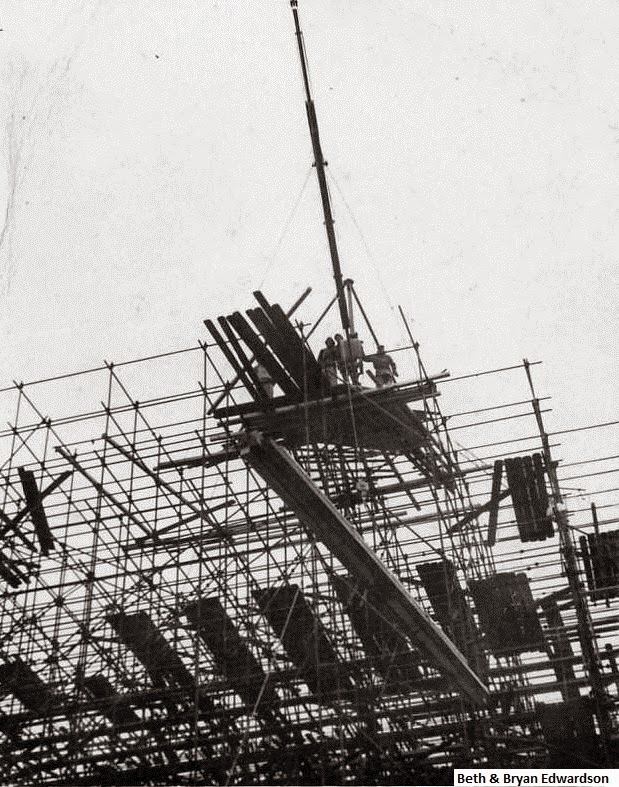 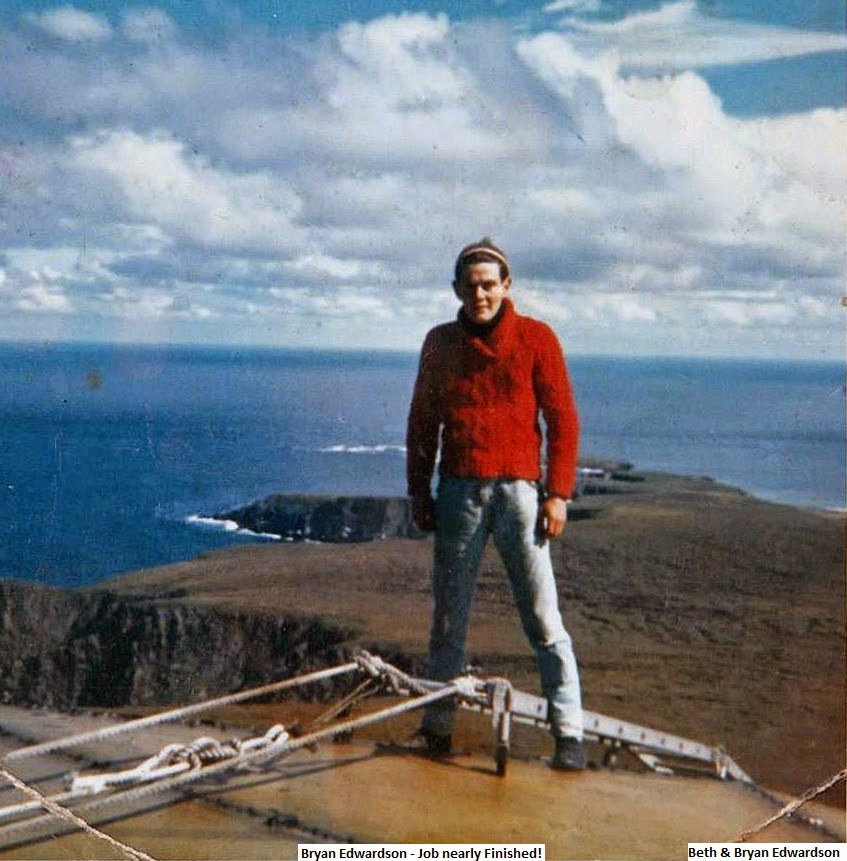 The construction of the radome was completed on 25 Aug 63 and Flight Trials, which were held shortly afterwards, confirmed that the dome had very little effect on the radars performance. However, soon afterwards there were severe gales which damaged a number of the radome panels and the radar had to be taken off the air from 20 Sep 63. The Norwegian contractors had to be recalled to repair the radome and, once again, some local people helped finish the job. The gales also delayed the painting of the structure.  The next image shows where a couple of panels have been blown out and, workers can be seen scaling the ladder on the right-hand-side of the radome. 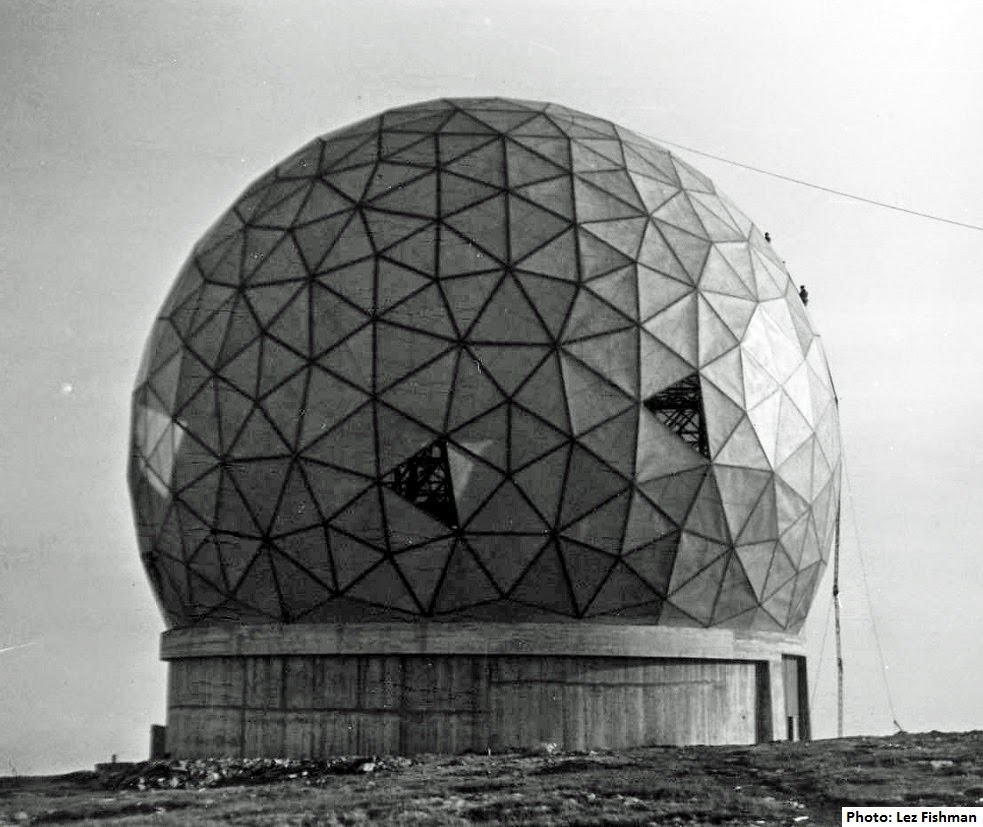 The Type 80 had to be kept off the air until 13 November whilst these problems were rectified.  An image of the completed, newly-painted radome in 1963,  is below: 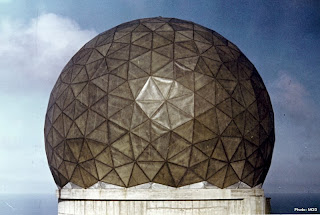 For the outsider it is hard to envisage the scale of work involved but for the next 15 years the 90 ft circumference radome was home to the 18 ½ ton, 75 ft wide Type 80 scanner assembly. Two photos, taken inside the radome, follow: 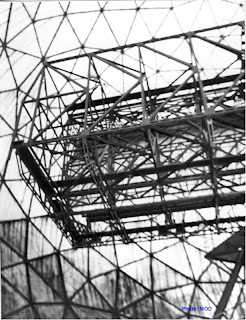 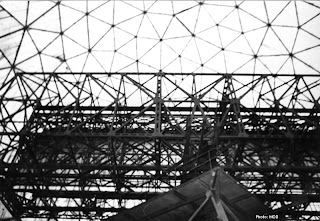 Although the structure was eventually demolished and replaced, it was the first "golf ball" on Saxa and became a memorable landmark. 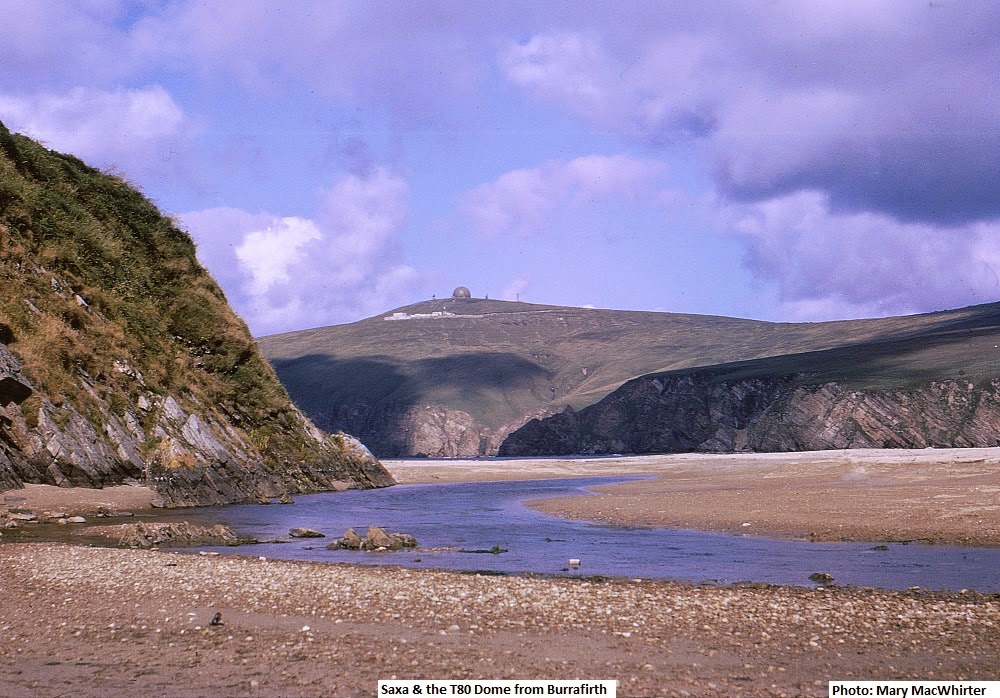 As the Unit was to confirm in the early 90's  – radomes don’t offer total protection from the Shetland climate!
CONTENTS LIST
http://ahistoryofrafsaxavord.blogspot.co.uk/2012/03/contents-list.html