Terry Luxford, a Cpl Radar Fitter, was posted to Saxa Vord in the Summer of 1957 after spending several years at  RAF Sopley (near Chichester, Hampshire). With Saxa being a new unit, few RAF personnel had a clue where it was and, when people did find out, many thought it must be a "punishment posting". In fact, for the next 50 years it proved to be one of the most popular UK postings, with many servicemen extending their tours and many others returning for second & third visits. Terry was one of those who enjoyed his time and has happy memories of his posting to Unst. Terry was employed in the Radar Office in the R10 on the mid-site and I'm sure it was no coincidence that his previous unit also had Type 13, 14 and 80 radars.
Fortunately, for those interested in the history of 91SU/Saxa, Terry had been given a camera for his birthday and some years ago had 2 photos published on the Saxa pages of the Subterranea Britannica site here: http://www.subbrit.org.uk/rsg/sites/s/saxa_vord/      I was lucky enough to make contact with Terry and I am grateful to him for sending me copies of those photos and a number of others he took during his tour. He has kindly given me permission to reproduce them.
Very few photos seem to exist of the Saxa Type 80 in its early days before it was enclosed in a Radome (which happened during the summer of 1963). Apart from the following picture, taken by Terry in 1957/8, most of those that I have seen tend to have been taken at long ranges. (Left click on pictures to enlarge) 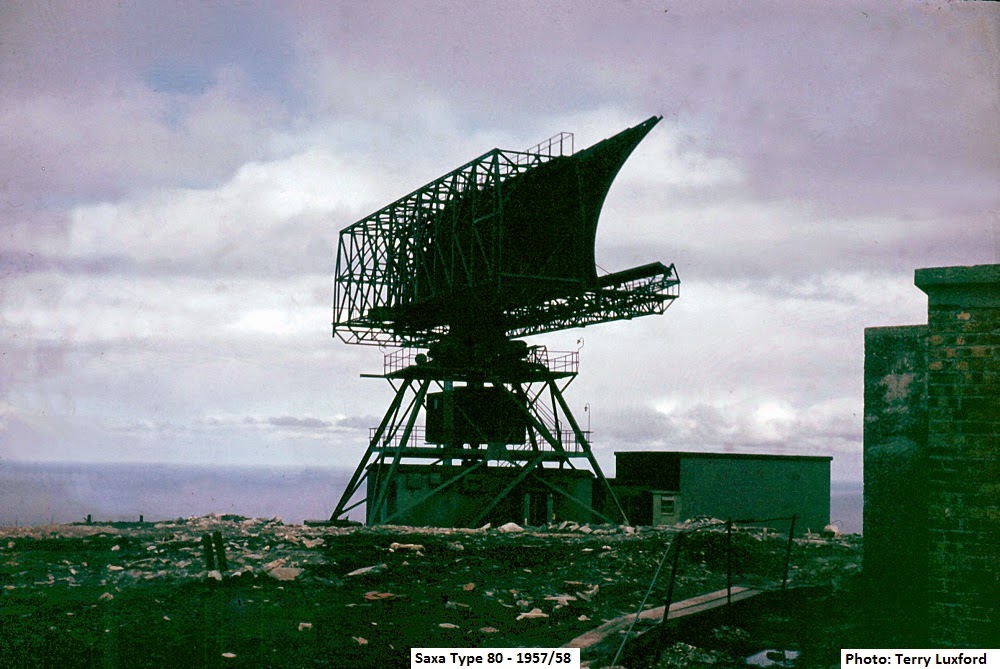 It didn't look quite the same after the dome had been built: 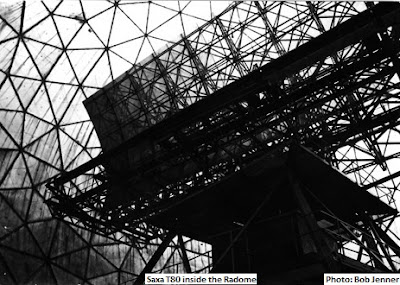 During the planning of 91SU/Saxa Vord it was envisaged that up to three Type 13 height-finding radars might be built. In the construction phase two possible sites were prepared. One of these was just to the east of the Type 80 where a Type 13 was erected on a plinth. The other site was a gantry, just to the west of the Type 80 - all the necessary cables and earthing mats were laid. In the end only the plinth mounted Type 13 height-finder was ever in use at Saxa. The gantry, pictured below, never carried a radar, though in Terry's photo there is an anemometer mounted on it. 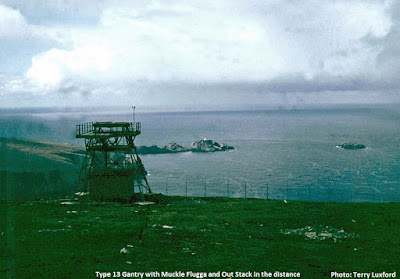 In later years numerous other items were attached to it. In this 1983 picture aerials belonging to the Civil Aviation Authority, Coastguard & Shell can be seen:

Posted by Gordon Carle at 15:00 No comments: