The ACM accompanied by his ADC Flt Lt Hedley-Smith
Brig Gen Fryer (USAF) accompanied by his wife Mrs Fryer
Maj Hansen (R Danish AF Liaison Officer)
Air Cdre Joan Hopkins from HQ Strike Command – was kinown as “Auntie Joan” and well-respected by everyone who worked with her and by many others who came ito contact with her. Sadly she has recently passed away but will be fondly remembered by many.

The party was met at Scatsta by the Stn Cdr Sqn Ldr Peter Hunter. 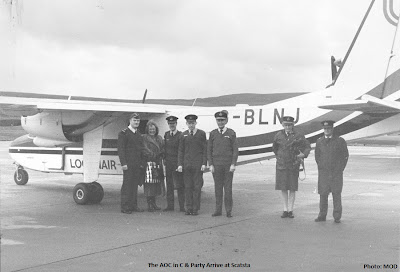 Whilst on the Domestic Site the AOC in C officially opened the new Sergeants’ Mess. 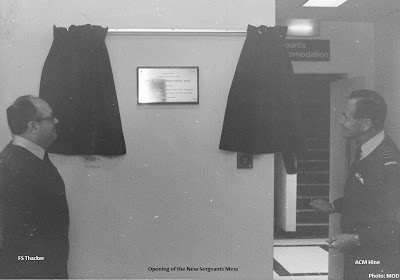 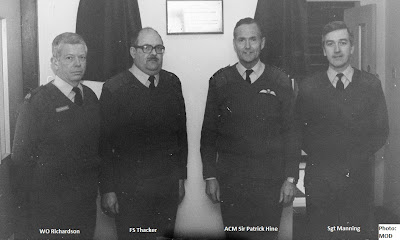 The party were given a tour of the Top Site where they were also accompanied by the S Eng O – Sqn Ldr Tuck and Mrs Tuck. 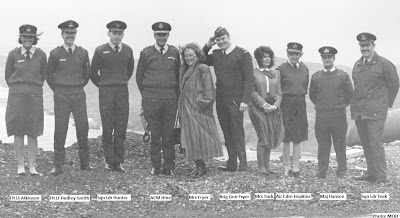 Posted by Gordon Carle at 22:34 No comments: