SS/MV St Clair in the time of RAF Saxa Vord

As mentioned in an early section: http://ahistoryofrafsaxavord.blogspot.com/2009/11/from-scotland-to-shetland-by-sea.html there were 4 separate ships called the St Clair which operated the route between Lerwick & Aberdeen during the life time of 91SU/RAF Saxa Vord. They were:

After 2002 the route was taken over by company called Northlink and the name St Clair was not adopted by the new company. For the last few years of RAF Saxa Vord the route was operated by the MVs Hjaltland & Hrossey
Since I wrote the first section on travel between Scotland & Shetland by sea I have acquired a few more photos of the 4 St Clairs. In a subsequent section I will add some photos of the views which could be seen on a trip south from Lerwick to Aberdeen. In the meantime I have added the previously unpublished pictures below:
St Clair (2) to 1960 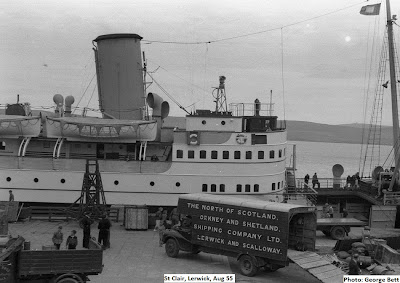 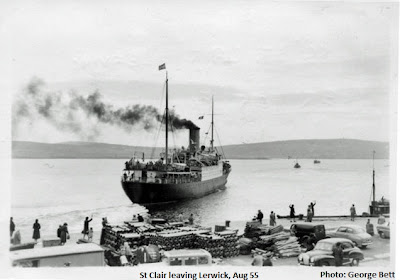 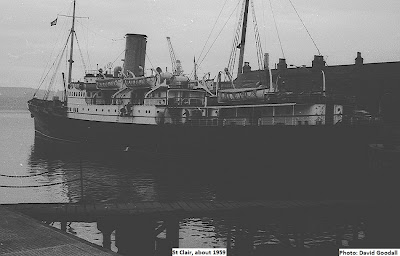 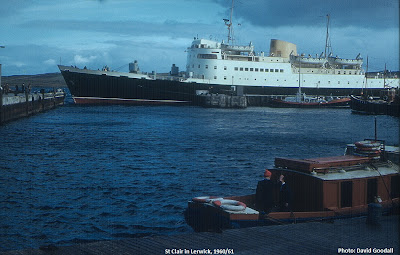 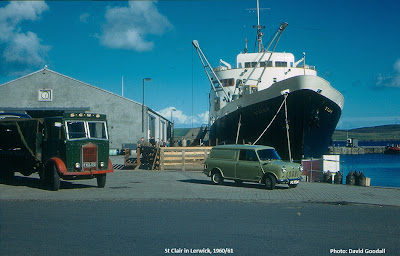 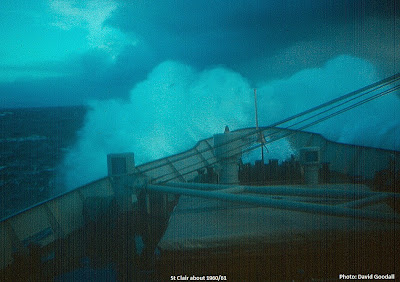 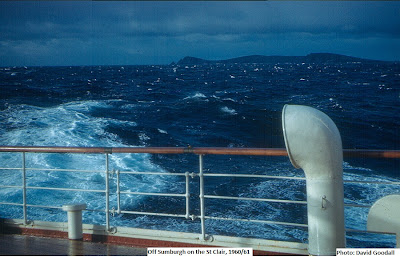 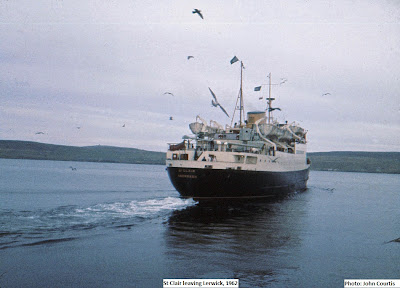 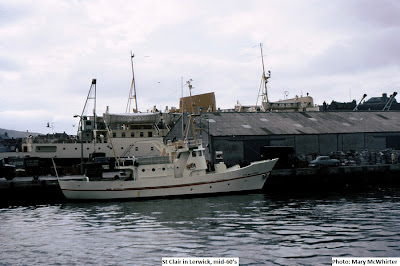 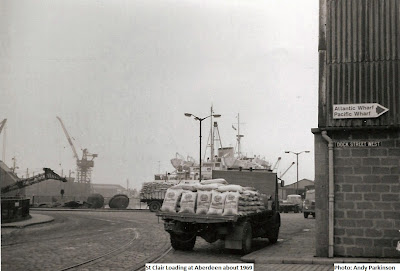 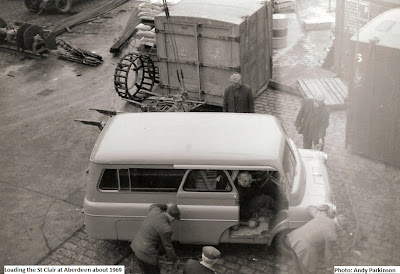 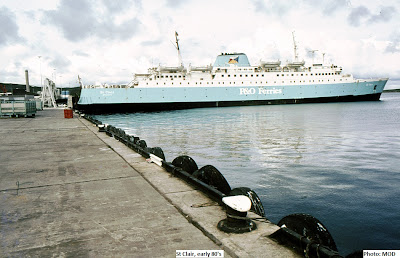 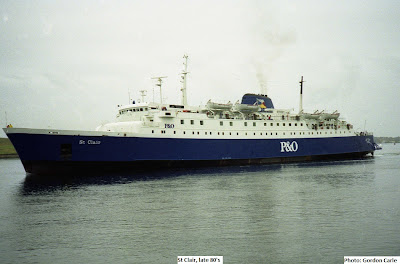 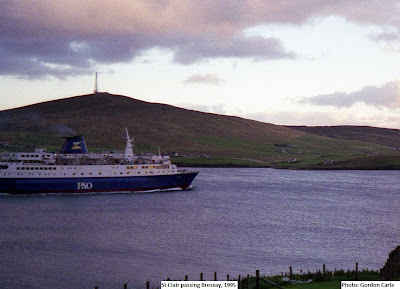 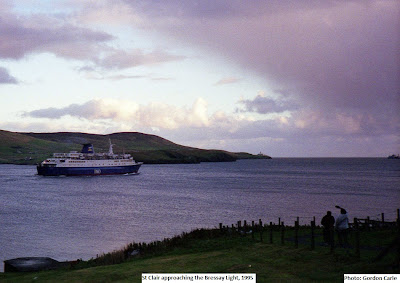 In a subsequent section I plan to publish some pictures which were taken between Lerwick and Aberdeen, ﻿of the views seen from the deck of the St Clair
﻿


CONTENTS LIST
http://ahistoryofrafsaxavord.blogspot.co.uk/2012/03/contents-list.html
﻿
Posted by Gordon Carle at 15:49 No comments: