This is a follow-up to the piece I published on .  If further material becomes available there may well be a Part 3.

The article below, marking the retirement of Willie Laurenson, is reprinted from the Station Magazine “The Saxa Voice”.  I’m not sure how the author calculated the period from to as 27 years but I’m sure that there are plenty of mistakes in this blog as well! (Left click on pictures to enlarge) 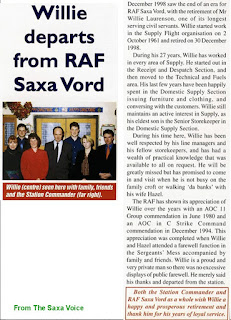 The next picture shows the presentation of an ’s commendation to Mrs Isabella Irvine (Mouat) in 1969. Also in the picture are Sqn Ldr J Le Cheminant, the Station Commander, and Air Cdr EW Wootten, who made the presentation. Beneath the photo is a short extract from an article which appeared in the Shetland Times. 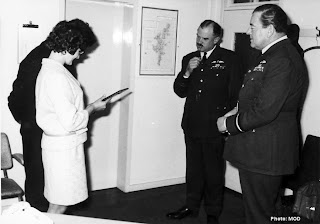 I believe that the following copy of a newspaper clipping also comes from the Shetland Times. It features neither a presentation nor a civilian; however, it merits inclusion in a history of Saxa Vord because of the subject matter.

Most RAF Stations had wives clubs (a mystery to most single airmen). Apart from their own pursuits the members of these clubs often raised money for charity and for local causes. Saxa Vord was no exception – over the years the club raised and distributed significant sums to organisations both large and small.

All 3 pictures below are reproduced from the Shetland Times, The first 2 are from about 1983 and the third is from 1986. 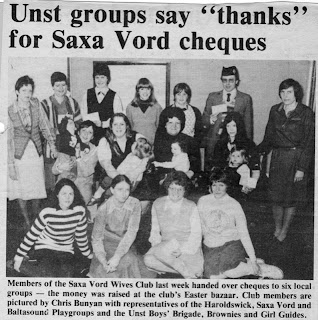 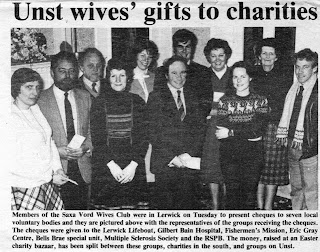 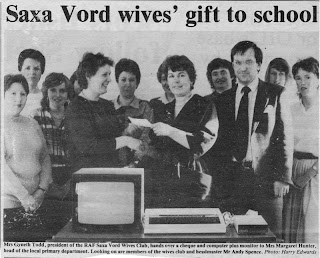 I make no apology for including 4 pictures of the last presentation.  They were all taken on the occasion of the retirement of my late father-in-law Hughie McMeechan in 1985. His scrapbooks and mementoes were the main motivation for the start of this blog. Featured with Hughie in the photos are his wife Lexie, the Station Commander Sqn Ldr Dave Todd and the AOCinC Strike Command Sir Peter Harding. Unfortunately Hughie died soon after, without having had a chance to enjoy a well-earned retirement. 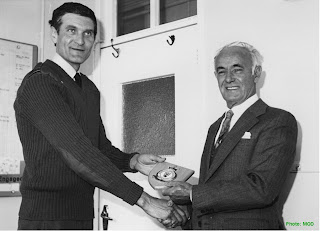 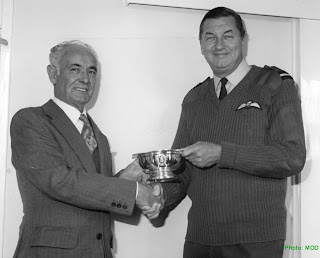 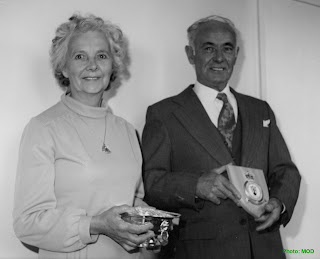 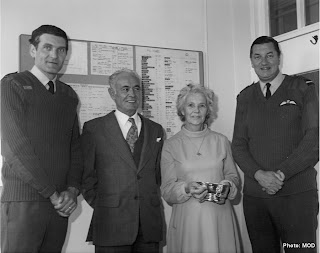 Posted by Gordon Carle at 23:29 No comments: