In 2010,  when I wrote a piece about the Link 11 System at Saxa Vord, my understanding of the equipment I was referring to was sparse: http://ahistoryofrafsaxavord.blogspot.co.uk/2010/10/link-11-at-saxa-vord.html   Since then I have learned a little and been helped a lot - I thought it was about time to try to rectify any misconceptions I may have caused.


In the mid 80's elements of the ADGE Data Link Buffer System (ADLBS) were installed at Saxa Vord. Some of the work included the erection of three tall towers. The tallest tower carried an antenna for a communications system known as IJMS (Interim JTIDS Message Specification, where JTIDS stands for Joint Tactical Information Distribution System). Another acronym which confuses things still further is used for the antenna on this tower, which is known as the UKAEGIS antenna (United Kingdom Air Environment Ground Information Segment).  Two more tall Towers were erected to carry Link 11 Antenna.
Separately, a system called SSSB (Ship Shore Ship Buffer), designed by the defence contractor Rockwell Collins, was also installed.  The photo below shows the 2 Link 11 Towers, the UKAEGIS Tower in the distance between them and the site of the SSSB :

The tallest structure was the UKAEGIS Tower: 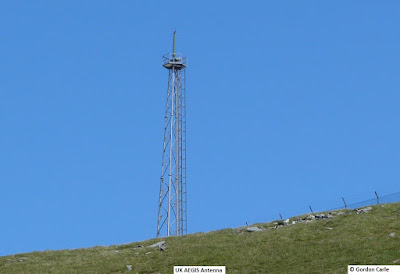 As far as I am aware it was actually mainly used in AWACS operations. The next picture gives a slightly closer view of the UKAEGIS Antenna: 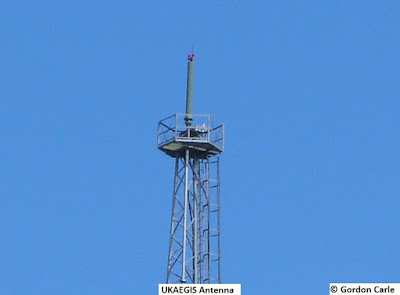 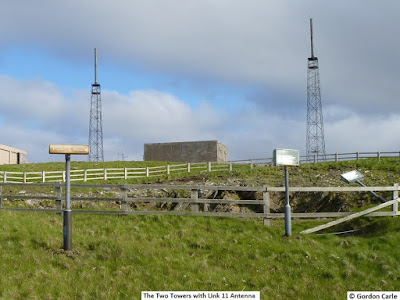 Each of these antenna was 9m long and weighed more than 500 Kg. 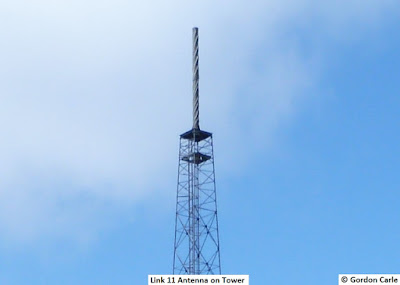 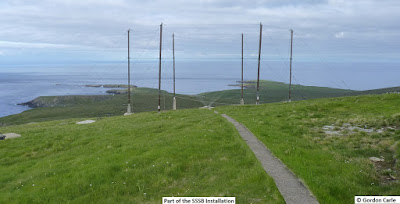 Another view of the SSSB masts, but from Zoom Earth: 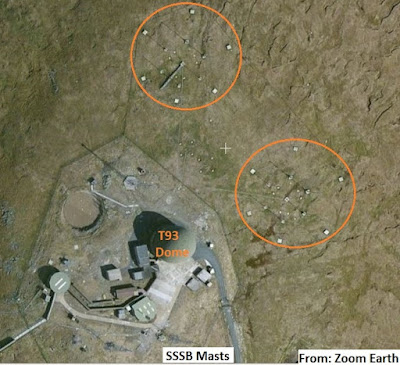 In 1984 two concrete bases were constructed for the ADLBS shelters, these were known as the Link 11 shelter and the UKAEGIS shelter. The small building behind the UKAEGIS shelter hard-standing in the photo below used to carry the old Type 13 height finder, which was operational from Sep '57 until it was decommissioned in the middle of 1979. The base of the Link 11 Tower A can just be seen behind the Type 13 plinth. 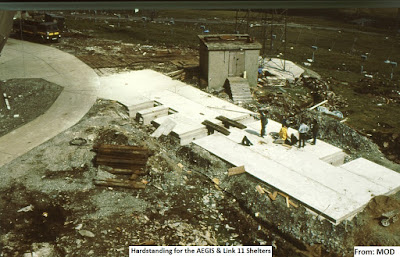 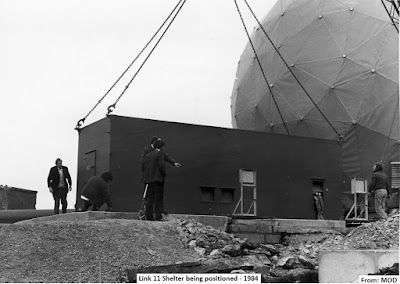 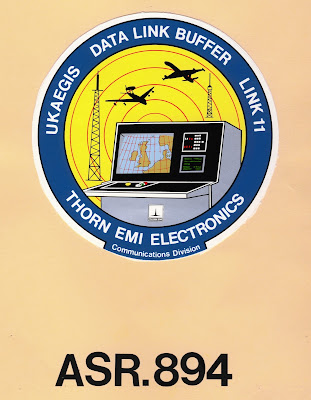 The processed output was then routed to the Thorn EMI Electronics console for display: 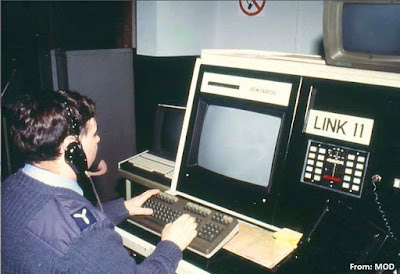 There were considerable problems erecting a stable radome for the Type 93 radar but, before it was completed, the UKAEGIS and Link 11 Shelters were moved inside its plinth (probably in the early 90's, certainly before the autumn of 1993 when the Type 93 arrived on site). 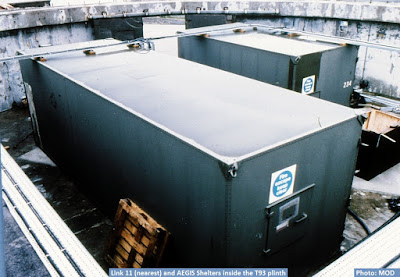 Before the Type 93 was installed Unst suffered one of the worst storms in living memory, (New Year 1991/92).  Devastation occurred over much of Shetland and at the exposed Saxa Vord Top Site in particular. This next picture is from the Saxa Voice, the Station magazine, some years later. The Link 11, like much of the equipment on the Station, was off the air for some time. The remains of Tower A can be seen to the left of the Type 13 plinth in the following photo:

ADLBS was installed at RAF Buchan, RAF Saxa Vord, RAF Boulmer, RAF Neatishead and RDAF Faroes – originally the sites were all stand-alone.  In a subsequent upgrade, however, the five sites were networked together so that information could be shared between them.  Then, in an effort to reduce manpower required at Saxa Vord, the operator control functionality was re-located, so that Saxa Vord could be operated remotely from the mainland.
The last radar was removed from Saxa late in 2005 and the station closed in April 2006.  Components  of ADLBS have since been removed from the site. However, the empty shelters are quite possibly still within the Type 93 plinth (although its associated  radome was demolished in 2014). 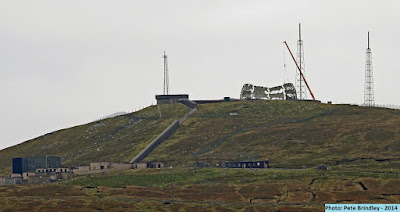 I am grateful to Cyde Walker (Thorn EMI, Racal, Thomson-Racal and Thales) and Pete Brindley, RAF for their assistance. Nevertheless, I accept full responsibility for any mistakes.
CONTENTS LIST
http://ahistoryofrafsaxavord.blogspot.co.uk/2012/03/contents-list.html