In 1989 AM Sir Kenneth Hayr, who was Chief of Staff UK Air Forces and Deputy CinC Strike Command visited Saxa. Two of the reasons for the visit were to observe the preparations for the installation of the Type 93 radar and to present medals. The AM would have been familiar with the station having visited on a number of occasions previously when he was AOC 11 Gp in the early 80’s.
The five photos I have of the visit are below. The first two pictures show Sir Kenneth outside and then inside the Radome intended for the Type 93. This visit took place in Aug 1989 and the Type 93 did not arrive until the autumn of 1993. A reason for this 4 year gap was almost certainly the weather. A few months earlier (Jun 89) the radome collapsed at an early stage in its construction. Within a month of these photos the nearly complete the dome collapsed again. Pictures of the damage done in Sep 89 will be published soon in the next section. As luck would have it there was then the big New Year Storm of 91/92 which has been covered earlier in the blog. (Left click on photos to enlarge). 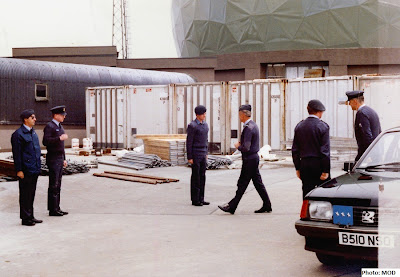 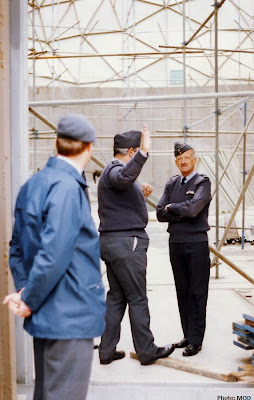 The next three pictures concern the presentation of LS&GCMs to Sgt Rose and to Sgt Matthew.﻿ 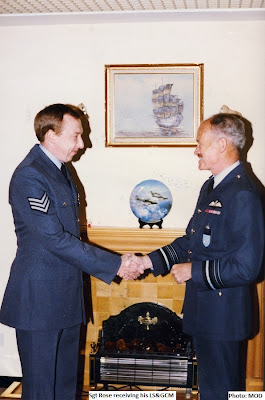 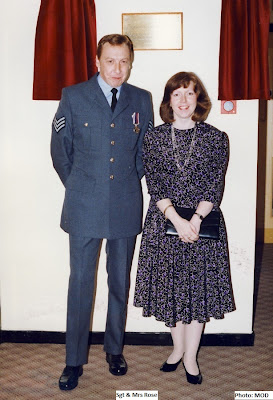 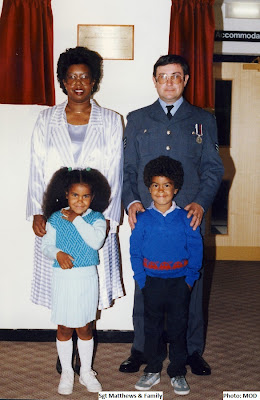 Posted by Gordon Carle at 14:24 No comments: