In 1991 Unst & RAF Saxa Vord were visited by a Squadron from the Air Training Corps (ATC). Cadets from 2364 Sqn (Welshpool) ATC spent 10 days in the islands, staying under canvas in a field near the Baltasound Hotel. Their long trip – from Wales by coach to Aberdeen, the overnight trip on the boat to Lerwick, followed by the overland up to Unst, must have had some of the Cadets wondering what they had let themselves in for. This visit is believed to be the first (and only) official visit by Air Cadets to Unst.

The Cadets were accompanied their AWO (Adult Warrant Officer), a Civilian Instructor and their two wives who, in the true spirit of adventure, camped in the Baltasound Hotel! I believe a few of the Cadets parents also took the opportunity to see part of Shetland.
Numerous activities were arranged during the week including hill walking, abseiling and even swimming in the North Sea. Visits to the Unst Airport and the Saxa Ops Site took place and their stay coincided with the Baltasound Regatta –with a number of cadets taking part. The RAF Gym and the Unst Leisure Centre also featured a lot on their itinerary.
The photos below all came from Dave Edwards, who was one of the Cadets who made the trip. (Left click on pictures to enlarge). 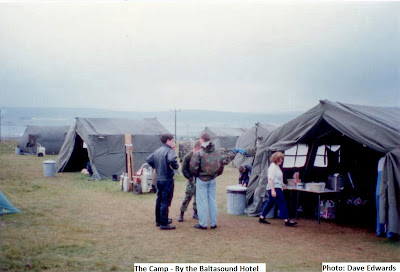 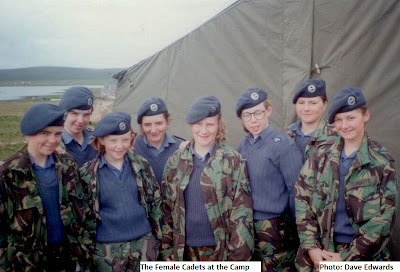 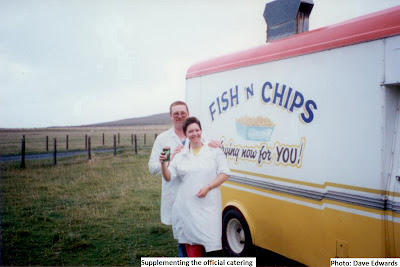 The Instructors managed to organise a trip for themselves in the Shetland based S61N SAR Helicopter, whilst the Cadets were allowed to watch. 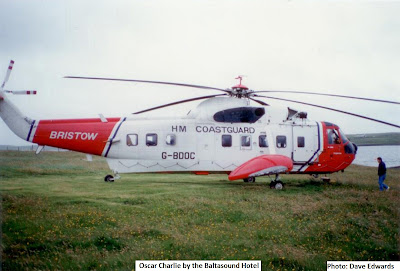 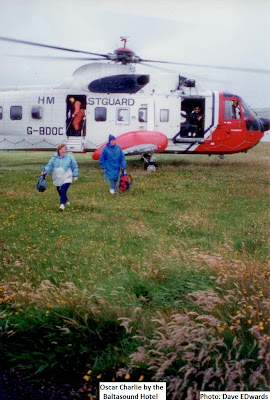 At the Unst Airstrip the Cadets were able to watch a fire practice. 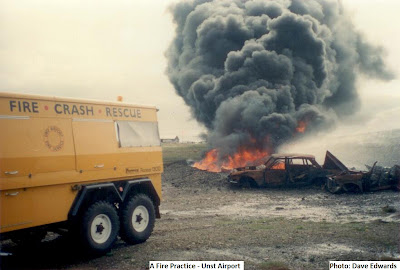 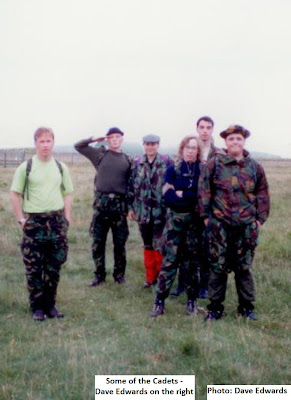 The next photo shows the Squadron Adult Warrant Officer, Civilian Instructor and their wives with an RAF escort (2nd from right) at Haroldswick. 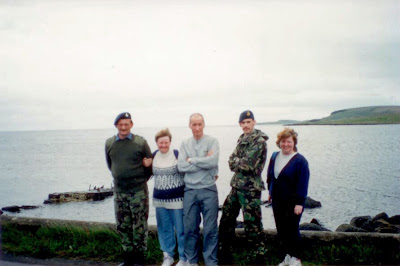 Towards the end of the visit there was an awards presentation in the Saxa Vord Gym. The awards were presented by an RAF SNCO (if anyone can supply the name it would be appreciated). The person on the right in the photo looks like the Station Commander, Sqn Ldr Brian Gregson. 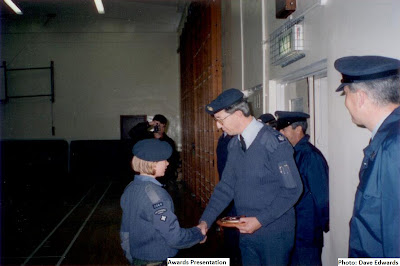 The Cadets posed for a group photo outside the Main Guardroom at the gates to the RAF Saxa Vord Domestic Site. 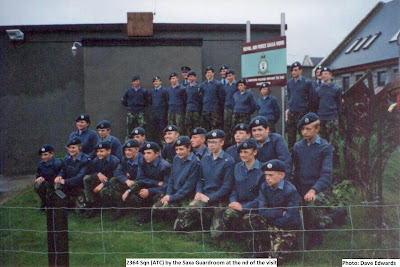 The Cadets appear to have been welcomed by the Unst folk and by the RAF. I believe that most of them had a great time (some reservations about 10 days under canvas notwithstanding). On their return to Wales the following letter was sent to the Shetland Times.

My thanks to Dave Edwards who provided all the photos and most of the information used in this section.
CONTENTS LIST
http://ahistoryofrafsaxavord.blogspot.co.uk/2012/03/contents-list.html