In the RAF the Long Service & Good Conduct Medal is awarded to airmen who have served 15 years (used to be 18 yrs)  without committing any major misdemeanours. In certain circumstances it could be awarded to officers but only when they had spent the majority of their service as airmen before being commissioned. 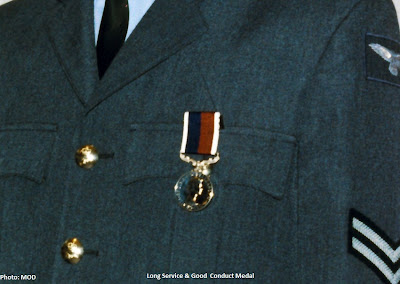 Previous sections have shown a number of people being presented with LS&GCMs during visits by senior officers as part of set of pictures covering the whole visit, I have grouped these photos together as they don’t fit into an extended visit itinerary but were awarded over a 7 year period (1977 – 84).
The first presentation pictured here took place in 1977. The medal was awarded to Cpl Rick Sewell and to C/T Leslie Henderson.Unluckily for Cpl Sewell (and possibly C/T Henderson) the change in rules came a little too late and 18yrs was the qualifying period. 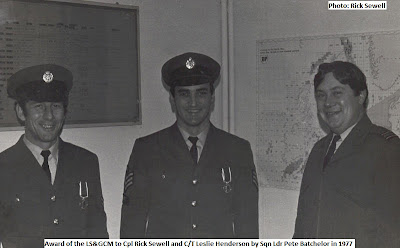 Because he was a local Shetlander (from Unst) a short piece about Leslie Henderson was included in a subsequent Shetland Times. 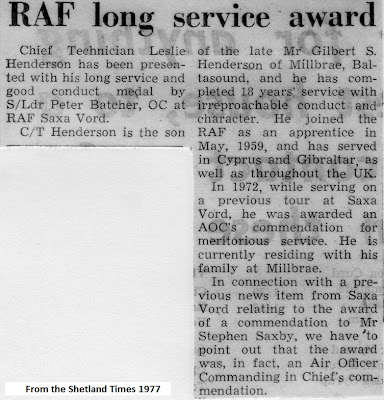 The next 4 presentations all took place in 1979 with Sqn Ldr Batchelor (CO),  Sqn Ldr Keith (CO) and Sqn Ldr Forsyth (OC Eng) presiding over the events. 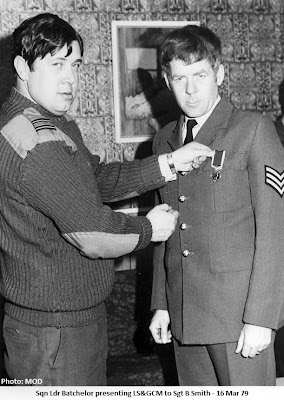 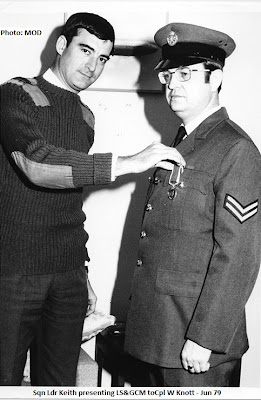 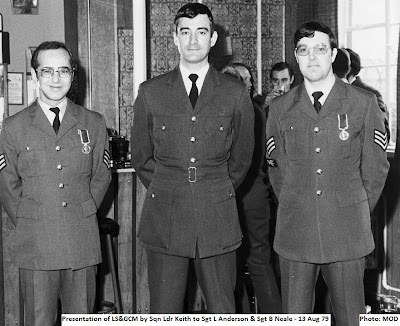 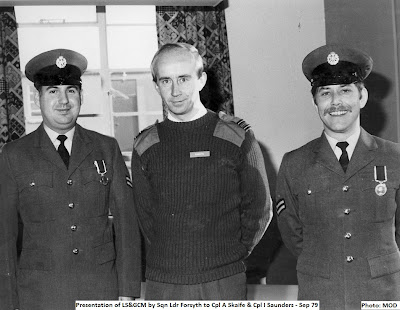 Sqn Ldr Dorward made the next 2 presentations in 1983 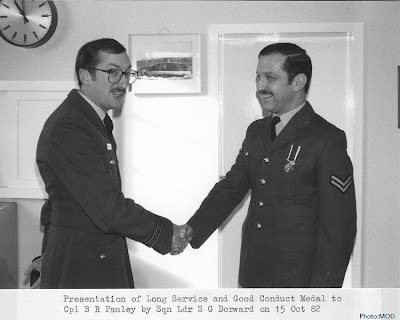 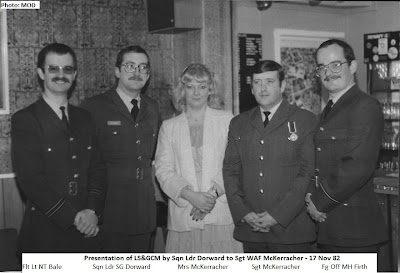 In 1983 the AOC, AVM Ken Hayr made an informal visit to the unit and presented Ch Tech Dawson with his LS&GCM. 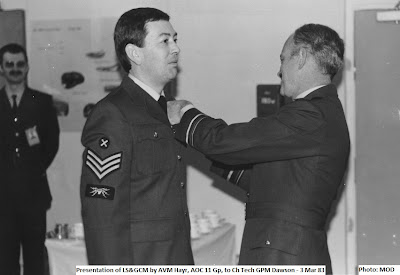 The 3 pictures below are of medal presentations in 1984, during the period when Sqn Ldr Ian MacDonald was the Stn Cdr. 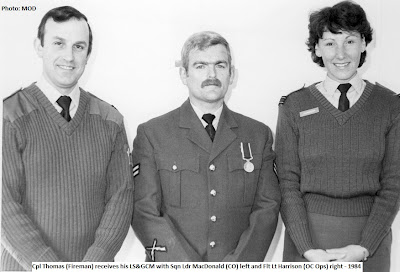 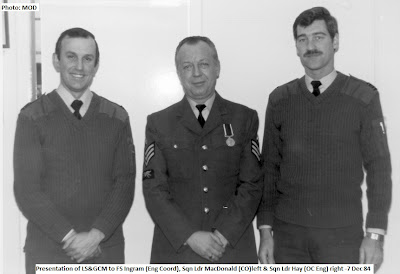 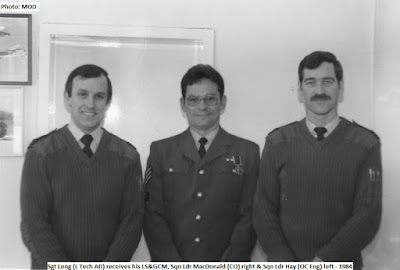 On a slightly different note, many of the servicemen who served at Saxa in its’ later years were not aware of the strong connection with the Royal Corps of Signals. There were Army personnel stationed at Saxa for many years (and at Mossy Hill and Collafirth on the Shetland Mainland). These servicemen operated the Ace High Tropospheric Scatter Equipment, which formed an important NATO wide link. The Army also awarded its’ own version of the LS&GCM. Sean McHale-Smith, featured in the Shetland Times article below, worked on the Unit as a civilian after leaving the Army. 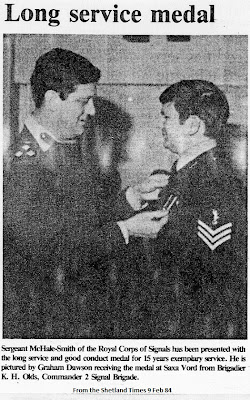 So what happens after the LS &GCM? Until 1977, if you served a further 18 years, still without committing major misdemeanours, you were awarded a clasp to your medal. In 1977 the rules changed decreasing the time from 18 to 15 years. The only person I am aware of who was awarded a clasp to his medal at Saxa Vord was WO Bolt, who received his clasp from Sqn Ldr Batchelor in 1979 and is featured in the picture below: 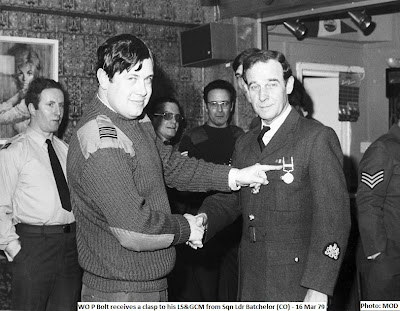 I’m sure that there are other award ceremonies which I have not covered in this, or previous, sections on this site. If anyone would care to submit material for publication my email address is: gordon.carleATgmail.com
CONTENTS LIST
http://ahistoryofrafsaxavord.blogspot.co.uk/2012/03/contents-list.html
Posted by Gordon Carle at 13:16 No comments: