Early in the month I was fortunate enough to get access to the Ops Site. Harry Cairns had pre-arranged the visit with Ian Mackay, who is charge of security for the site. Harry did 2 tours at Saxa and has helped provide information and pictures for this site.
Unfortunately we were not permitted access to buildings for Health & Safety reasons and the Radar site was also off-limits. Some operational work still continues on the Radar Site with the CAA, Coastguard and Oil Companies all involved. RAF work parties visit at periodic intervals – some communications equipment is probably still operated remotely. A recent feature is a fence which crosses the site from one side of the old perimeter fence to the other. It cuts through the tunnel which covered the steps from the Ops site to the Radar Heads. The fence can be seen in the first photo below the old HF200 building and crossing the tunnel. (Left click on pictures to enlarge). 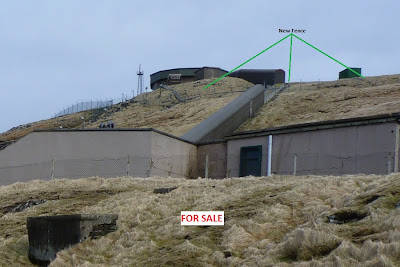 The land above the fence is being retained by MOD; the land below it (the Ops Site) is for sale through Defence Estates, if you are looking for a holiday retreat. After a briefing from Ian MacKay we were allowed through the now unlocked gates. It was a reasonable day, a bit windy with the occasional shower – in Saxa terms we were lucky. The exterior of the buildings are testament to the fact that, without constant maintenance, buildings don’t last long in the Saxa climate.

I took too many photos during the visit to release in one section so I have attached some below and will be releasing a second, smaller section in a few days time. 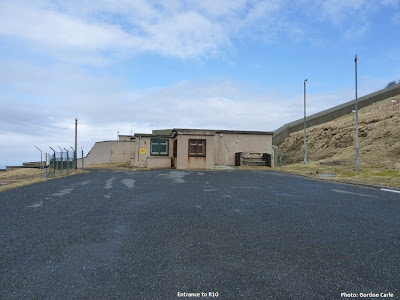 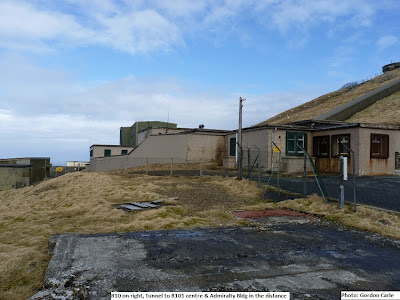 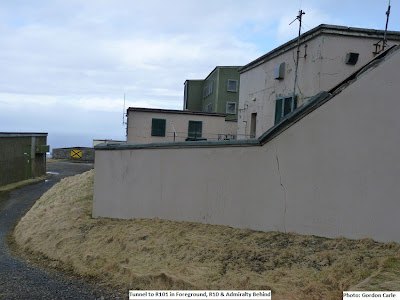 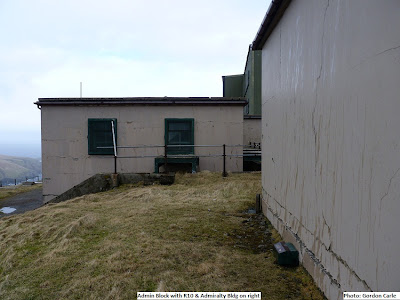 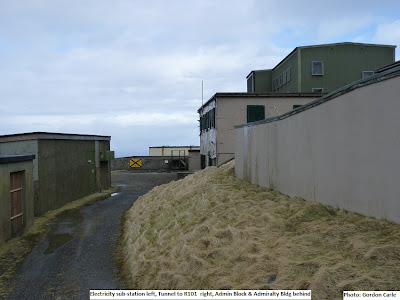 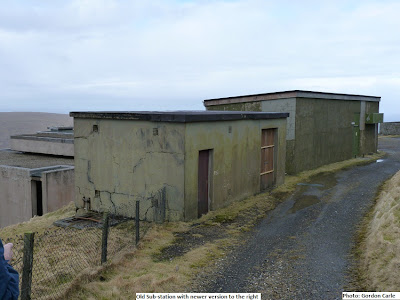 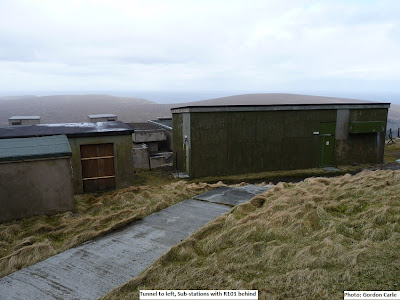 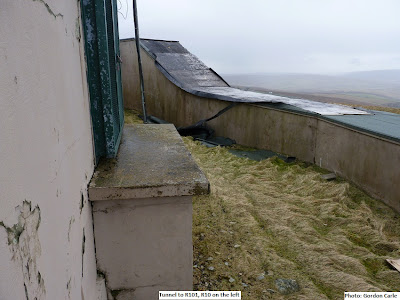 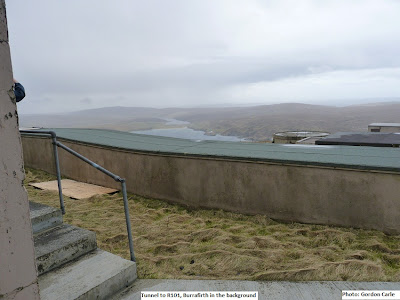 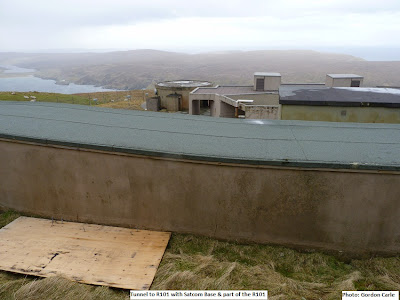 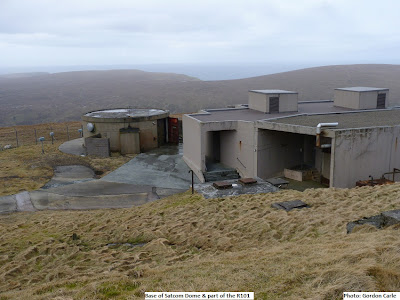 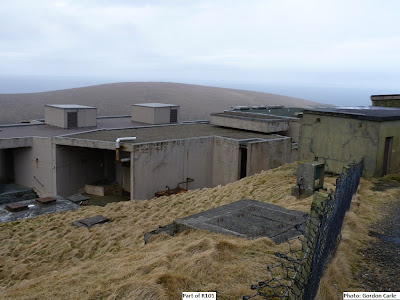 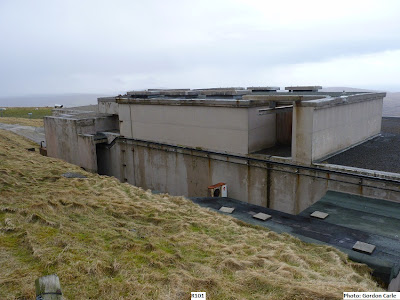 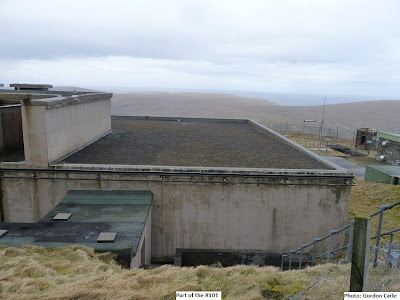 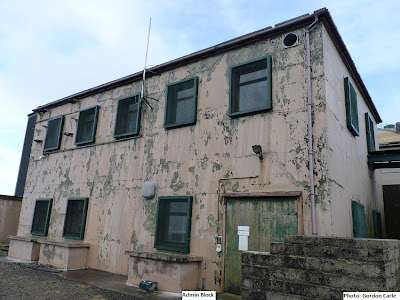 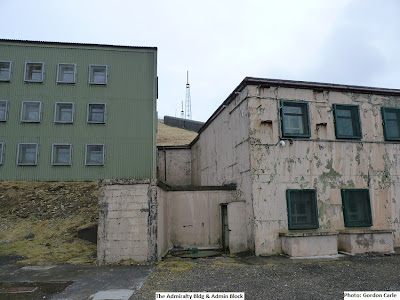 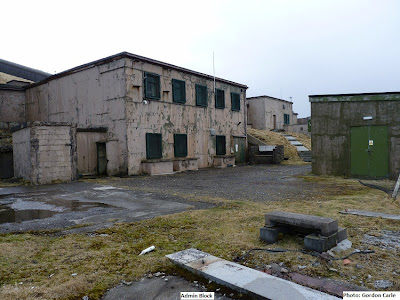 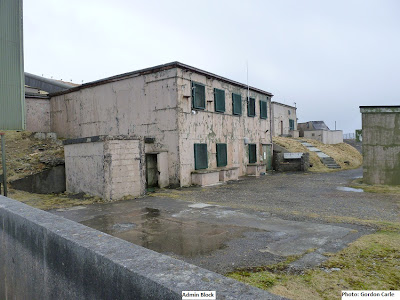 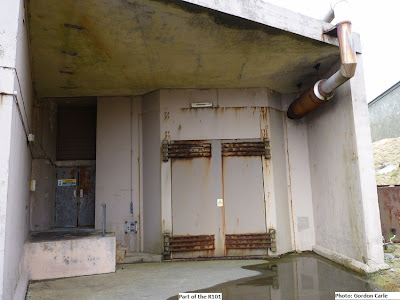 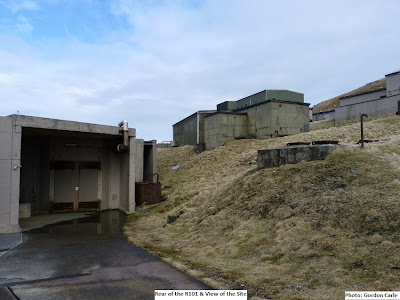 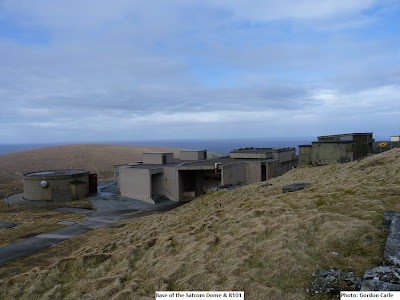 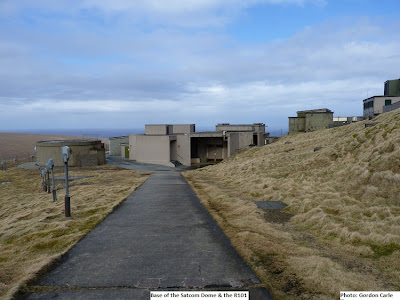 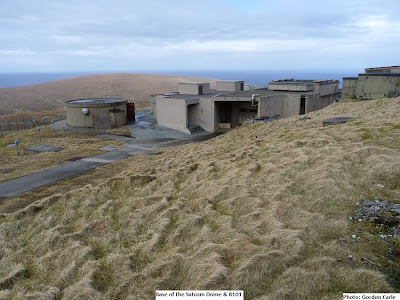 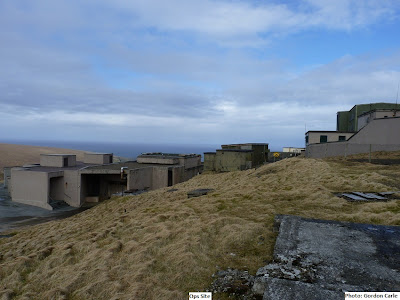 Posted by Gordon Carle at 09:42 No comments: