RAF Skaw, like many modern RAF Stations, produced its own magazine. It was published monthly and the first edition I have at the moment is No 7 (dated Nov 1941). The magazine gives a stark reminder that life in those days was very different. National Service brought together people from all walks of life and the wartime authority of officers and NCOs makes today’s versions seem totally innocuous. Rationing was strict, but in a rural/maritime environment like Unst, it could be supplemented by local eggs (both hens & gulls) and by fish. I have no doubt that the meat ration was augmented occasionally by the odd piece of mutton!
Not many copies of each issue were produced, unsurprising when you realise that duplicating paper was not officially available. A chap called Harold Fisk, from East Anglia, was posted to RAF Skaw in the autumn of 1940. He was largely responsible for starting-up ”The Out-Post “. For a while he was in contact with my wife’s family and, apart from letters, he sent a couple of audio tapes. His account of how the Out-Post originated is below.
“After I got home to Southwold I went to where I’d worked when I first left school. There I used to do duplicates on a big Roneo. It was still there in the cellar, unused. so I got the proprietor to let me have it for use at the Skaw station. We had to take it to pieces and send it to Unst in separate parcels.
On the way back I called in at the Roneo firm in Edinburgh and explained that I’d need paper for duplicating and that I’d need about 100 sheets a week. They said that, as it was wartime, they were not allowed to sell any paper at all. After a bit of discussion they said they would GIVE us some paper and we could GIVE them some money, and that was how it was done. They used to send us about 100 sheets of paper and I would send them the odd 10/- now & again.
Anyhow, back at Skaw we put the Roneo all back together. I’d got the paper for copying, some of the blokes were good on the typewriter and we had several artists. So we got this magazine together, which we called “The Out-Post” and made about 20 copies per month. It was kept going for a long time”

A picture of Harold Fisk from 1997 is below: 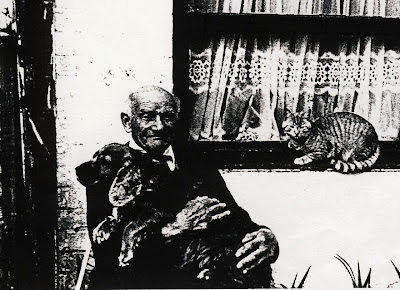 Some of the comments in the magazines will be recognised by today’s servicemen – shortages of beer, complicated leave arrangements etc. Parts of the humour could almost be considered to be a precursor of the Goons efforts! Copies of further editions of “The Out-Post” will be published later and I hope to write a full section on RAF Skaw itself in the future.
A copy of issue 7 of the RAF Skaw “Out-Post” is below. (Left click on pictures to enlarge). 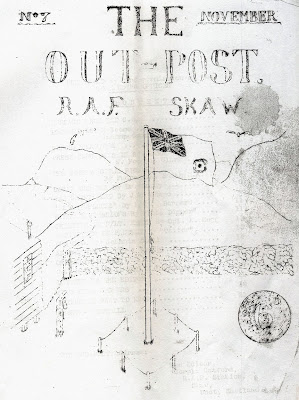 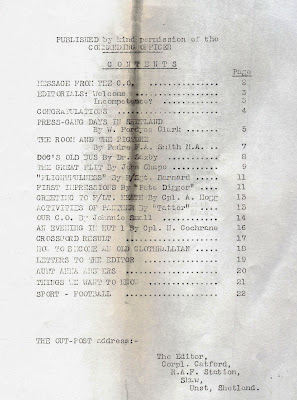 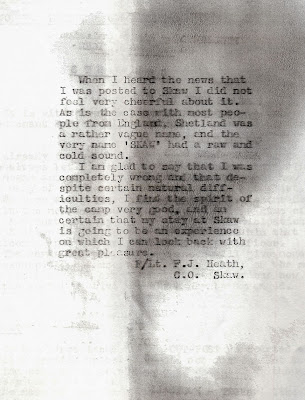 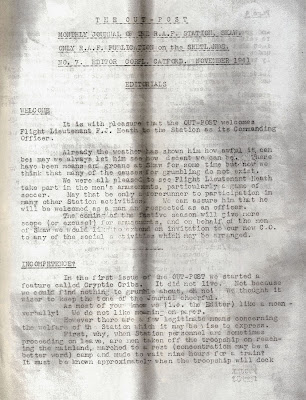 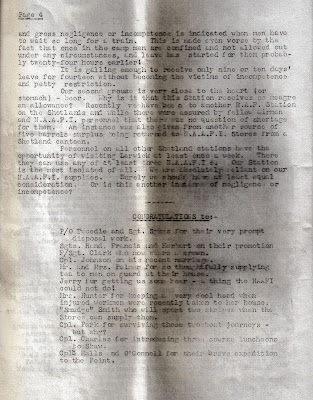 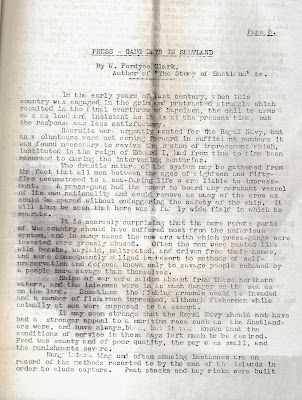 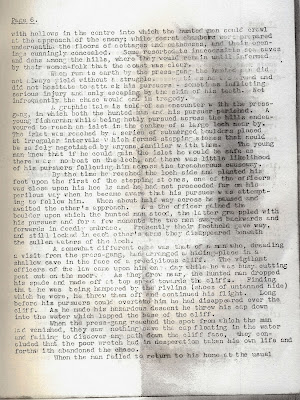 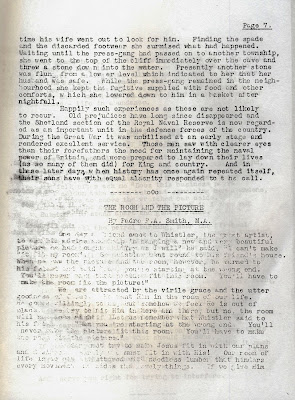 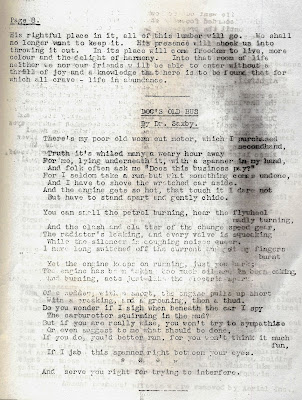 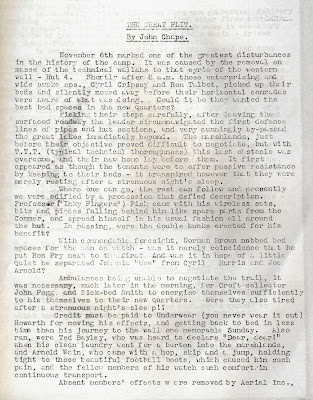 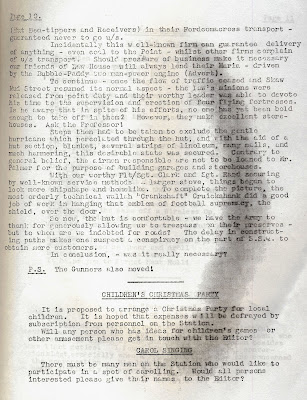 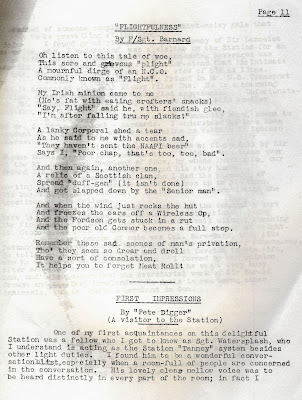 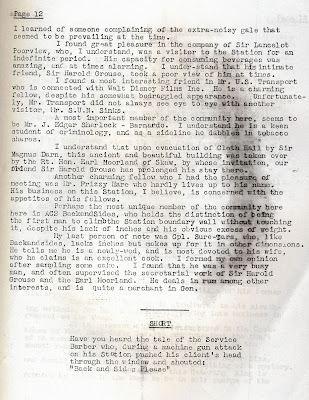 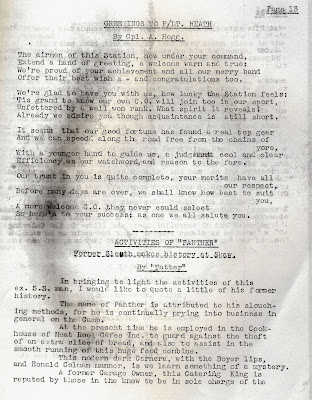 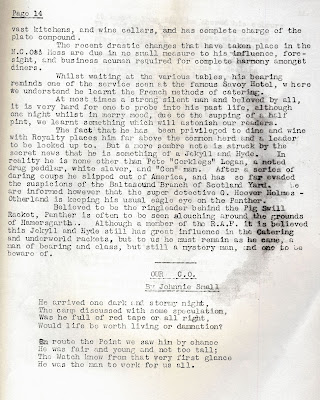 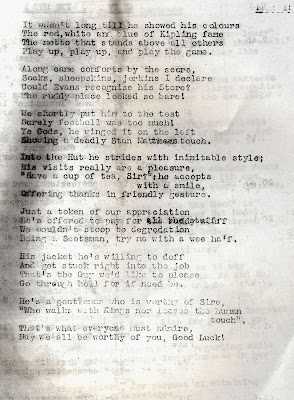 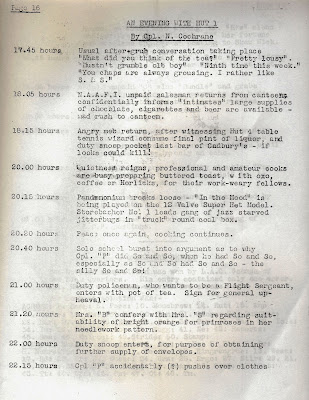 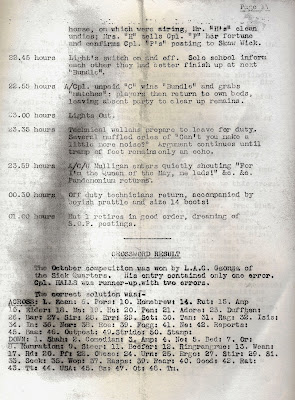 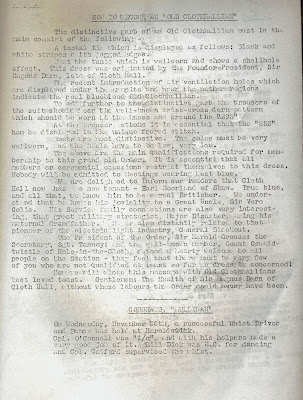 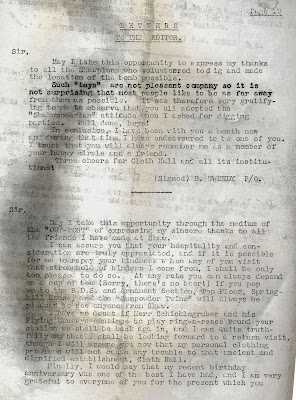 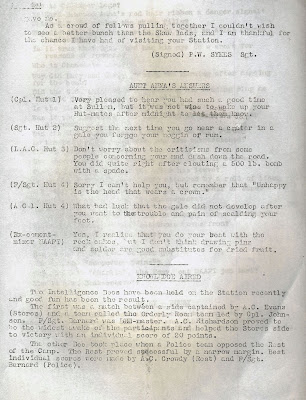 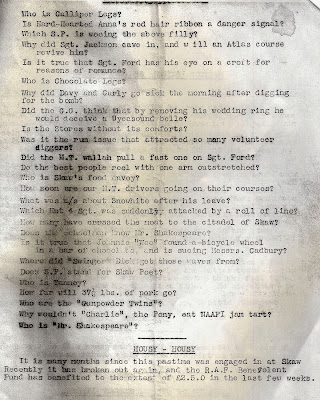 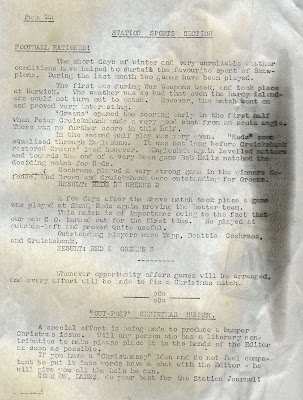