In the previous sections I have written about Setters Hill Estate I have made a serious omission. A large construction phase has been overlooked and in this section I hope to go some way in rectifying the situation.

In Apr 74 a detachment from 53 Field Sqn Royal Engineers (based at Waterbeach, Cambridge ) arrived to work on services, drainage and access roads for a new batch of quarters to be erected next to the Dorran quarters at SHE. The Royal Engineers were scheduled to be based at Saxa for 4 months but in fact completed their work on 16 Jul 74.
The new Quarters were factory built and assembled on site - I believe some of the work was carried out by a Scottish company called “Pearson & Tawse”- they carried out a fair amount of work in Shetland. Not unusually the winter of 74/5 was pretty poor and by Mar 75 the Station History reports that the build was a month behind schedule. The RAF officially took over 12 of the new Quarters in Jun 75 and the rest were expected to be complete by the end of August (I don’t have a final completion date).
The first photo shows the first “Dorran” Quarters which were taken over in 1967 on the left and the taller 74/75 build on the right. 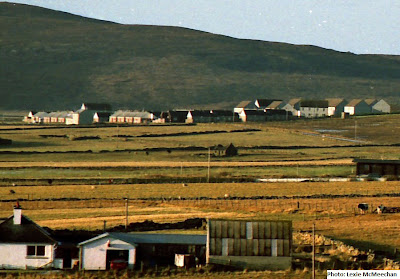 The next 3 pictures show this build of quarters probably in the 80’s. The quarter on the right in the third picture was the location of the “Hive”. 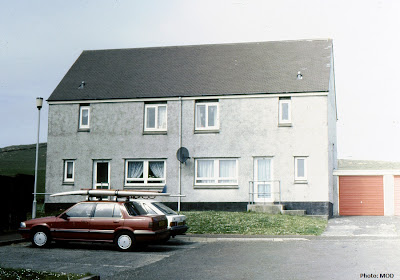 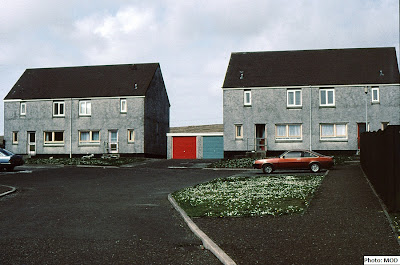 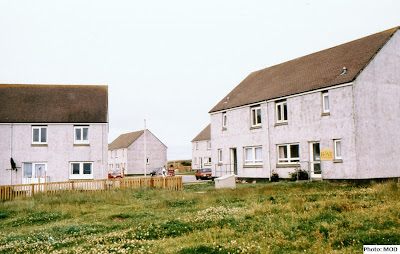 The “Hive” was still in the same place in 2002 as can be seen in this picture, taken at the time of the Annual Formal Inspection. 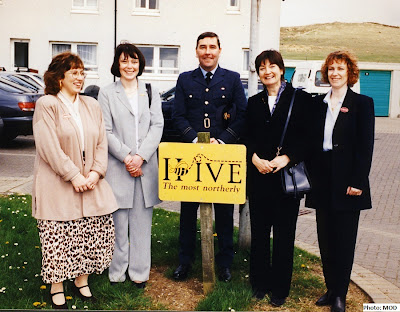 The photo below must have been taken around 1994 with the construction of the last build at SHE (93 to 95) well underway. 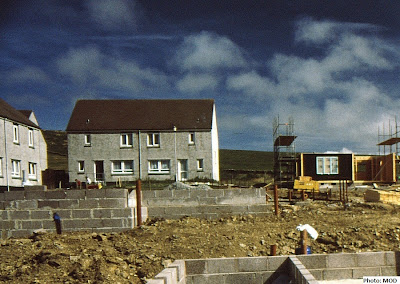 The quarters are still standing, some occupied, some empty and some for sale. The current look of the “patch” can be seen in the two recent photos below. 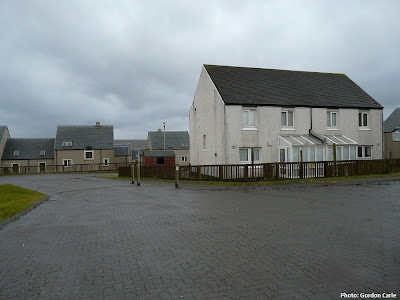 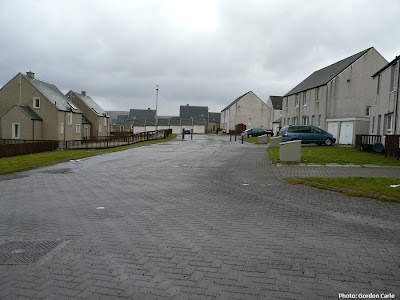 These photos below are included mainly for nostalgia. They are all fairly recent and show “the patch” from 4 different directions. 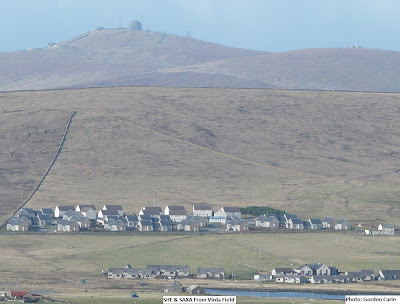 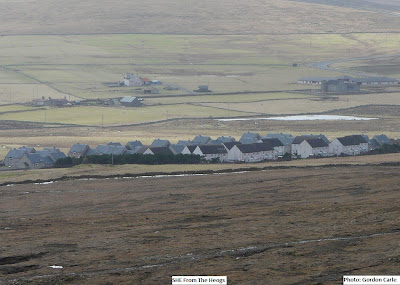 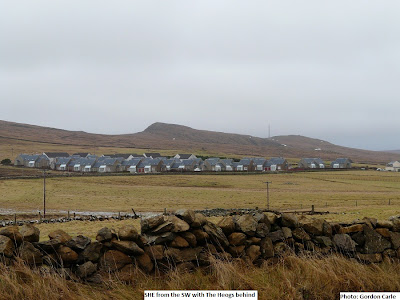 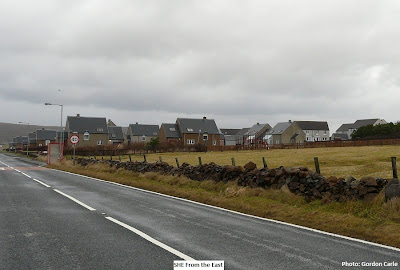 At some stage in the future, if the pace of life slows down a bit, I will attempt to amalgamate this section with the 3 previous sections on SHE. Hopefully, this will result in a more logical and readable narrative. I would welcome any suitable material:-   gordon.carle@gmail.com
Links to the 3 previous sections on SHE below:-
http://ahistoryofrafsaxavord.blogspot.com/2010/01/she-setters-hill-estate.html

CONTENTS LIST
http://ahistoryofrafsaxavord.blogspot.co.uk/2012/03/contents-list.html
Posted by Gordon Carle at 21:13 No comments: