The late SAC JD (Derek) Ingram,  (5080801), was a National Serviceman who spent 20 months at RAF Saxa Vord as an Air defence Operator. Unfortunately, he died a few years ago but I am indebted to Wendy Bishop (an ex WWII WAAF Medic) and to Tony Mouat (whose father served at RAF Skaw on Unst during WWII), for providing the information and photos which appear below. It is of note that Derek's  time at Saxa overlapped with that of another National Serviceman, Les White, also an Air Defence Operator, whose experiences have already been recounted here:  http://ahistoryofrafsaxavord.blogspot.co.uk/2015/11/les-white-radar-operator-saxa-196162.html   - indeed Les and Derek knew each other and were both involved with others in the project to open the Ice Cap as a cinema. Some of the photos here are already included in the article about Les and it is apparent that some prints were shared before they left Saxa. Derek  must have  arrived on Unst early in 1961 at about the time when the massive Type 80 search radar was wrecked by severe gales (Friday, 27 Jan 61), leaving the Unit reliant on a WWII vintage Type 14 until a Type 80 was returned to operation in Sep 61.

The first photo shows part of the Domestic Site and, judging from the shadows, it looks as if it was taken in mid to late afternoon. The photographer must have been standing between the Sergeants' Mess Annex and the Officers' Mess, looking in the direction of MT and SHQ: 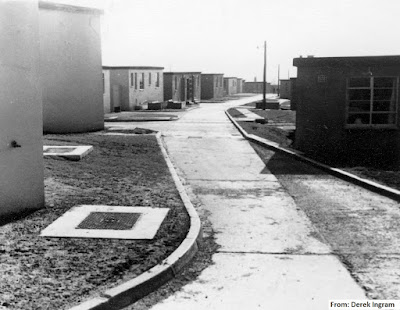 The next picture, taken in 1962, shows Derek's bed space in his billet - obviously not near the time of a CO's inspection: 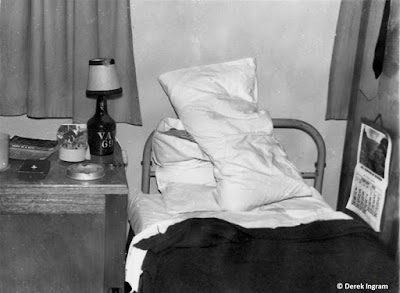 Derek, with three of his National Service companions, is featured in the next photo between two of the billets on the Domestic Site, with Norwick and Inner Skaw in the background: 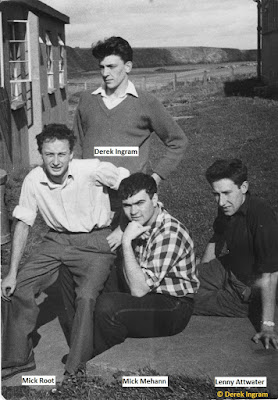 The Guard Room at the R10 (Operations Block at the Mid Site), is the subject of following  picture, which must have been taken in the winter of 1961/62: 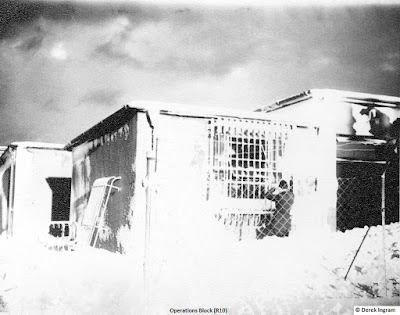 As mentioned earlier, Derek  helped with the equipping and decoration of the Ice Cap Cinema on the Domestic Site. Three National Servicemen seem to have contributed most to this process, Les White, Arthur Young and Derek. A bit later on SAC Jack Tanner, a regular, began learning the ropes as  projectionist. In the following extract of a photo from Les White it is easy to see which of the people depicted are expecting to be released from the RAF in the near future  - the "regular" is wearing the medal ribbons: 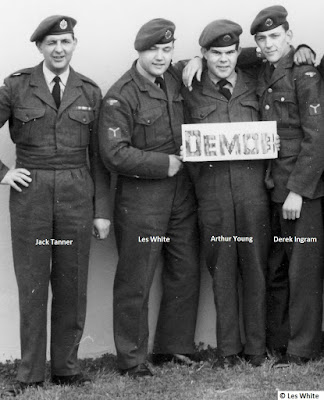 The three photos which follow all show the Ice Cap. The first two are copies of pictures which appear in the Les White section; the third, which is new to me, shows the interior of the Ice Cap but from a different angle 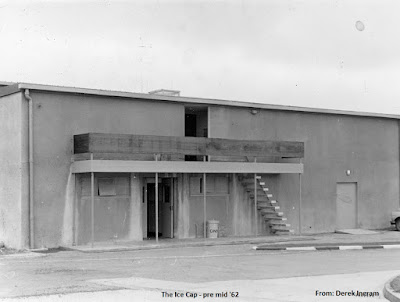 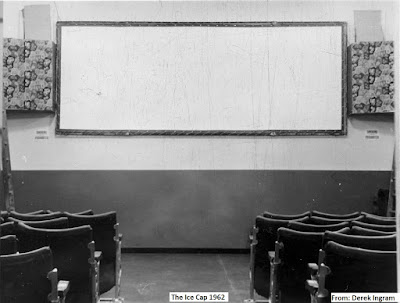 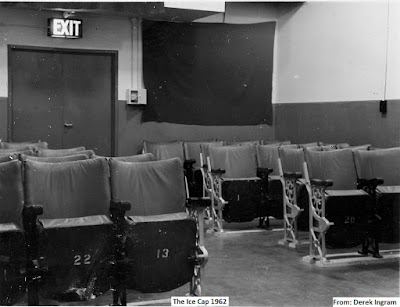 For those left at Saxa Vord  at Christmas 1961 the Catering Section devoted a lot effort producing  excellent fare, the menu is reproduced below: 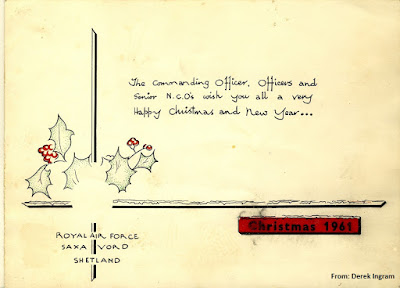 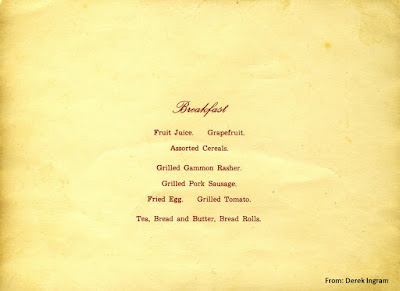 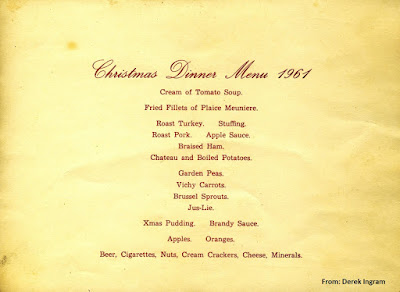 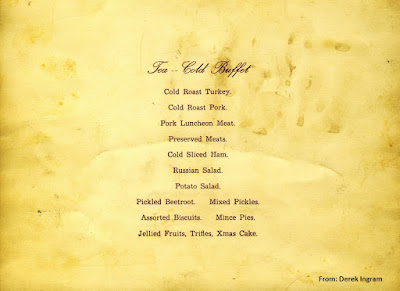 It is hard to detect many differences between that Menu and the one produced for Christmas 1990, which is  featured near the end of this section: http://ahistoryofrafsaxavord.blogspot.co.uk/2016/01/mike-mcewan-saxa-vord-1960-62.html
but the caterers provided what was expected for the season! In accordance with tradition, the dinner was served by the Officers and SNCOs.