I have a number of pictures of the Fire Section during the Units History. I will be issuing at least one more section sometime in the future. One of the tales (from about 1970) which have been sent to me goes as follows:-
“ An anecdote came into my memory when I read your piece about the fire service. I remember when that new fire engine was delivered to replace the old Dennis. The Landrover came complete with a long ladder on top which went through the rear windows of the fire station the first time it was reversed in. Ooops.”
The pictures below don’t follow any particular sequence though they have been “grouped” as much as possible. I thank Andy Parkinson and Lee Edmonds for their assistance with this section. (Left click on pictures to enlarge and where printed material is used you may have to “zoom” as well).

The picture below is an enlargement of one used earlier in the blog but is worthy of being repeated here. In the days before the RoRo ferries this is how heavy equipment arrived at Saxa. This picture was taken at Baltasound in 1963. 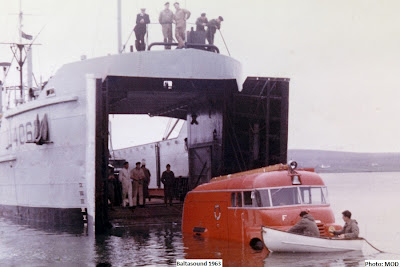 The next photo, unfortunately somewhat blurred, was taken in the early 60’s near the gate to the Domestic Site. 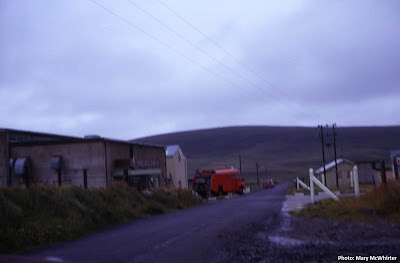 The next 2 pictures show the cover of the Spring 1983 issue of the Fire Brigade Journal and the small amount of text inside referring to the cover. 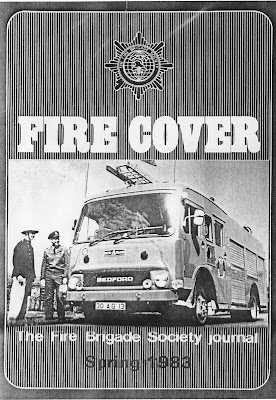 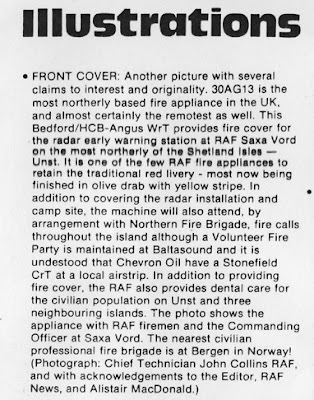 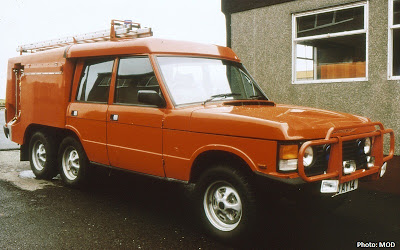 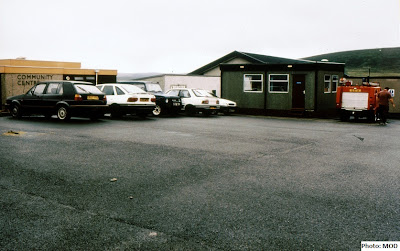 I have no date or other information on the Fire Tender below:- 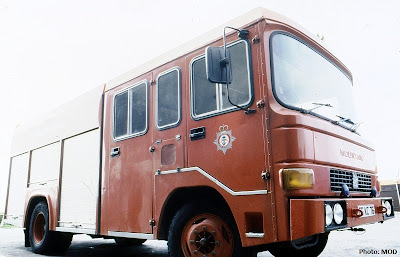 Buildings
The following 3 photos are of buildings. The first is of the Fire and Ground Defence Section on the Domestic Site – probably in the early 70’s. This is followed by 2 photos, taken in 1983, showing the location of the Fire Section at the Top Site. 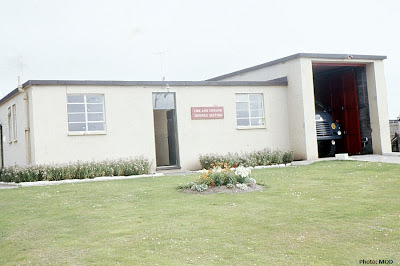 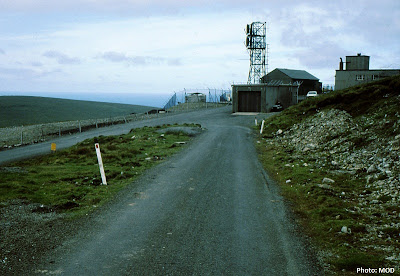 People
The next 3 photos were taken in 1993 or 94. The first two were taken at the south side of Haroldswick and the third by the oil tanks at Baltasound. 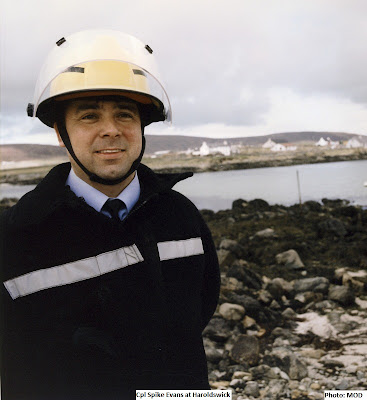 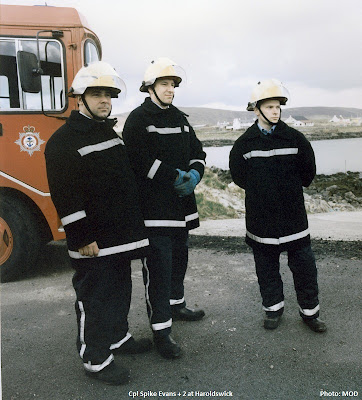 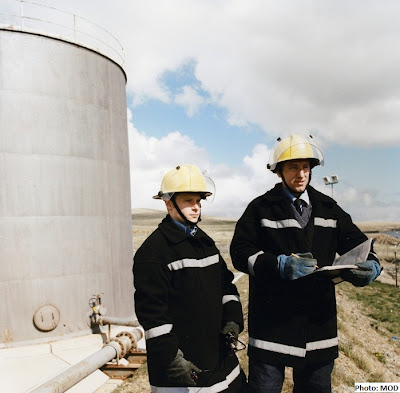 Two more taken at the oil tanks at Baltasound follow. 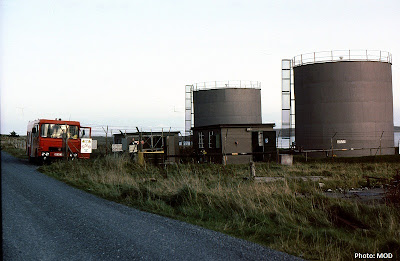 Three group photos are below. The first was taken in 1998, the second in 1999 and a third is just an enlargement of the second to help identify individual people 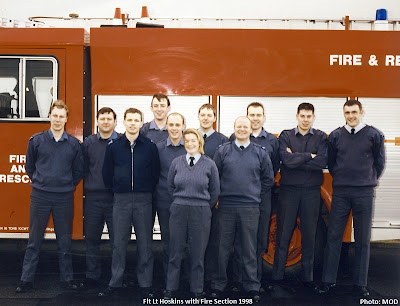 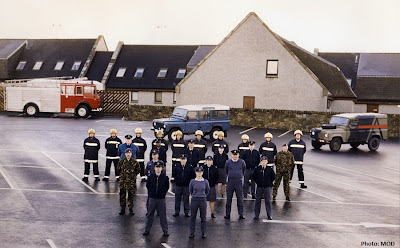 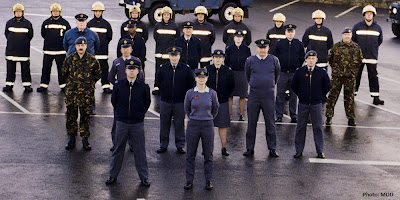 The 2 pictures below were taken on 20 Apr 2003 just outside the Officers’ Mess main entrance – part of Nordabrake can be seen in the background in the first picture. Either the Fire Section had some very young recruits or it was the occasion of a Station Open Day or charity event:- 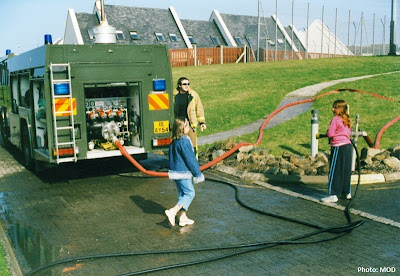 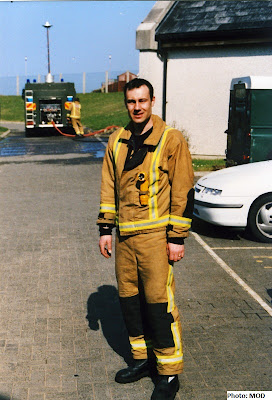 The last two pictures in this section are reproduced from the station magazine – “The Saxa Voice". 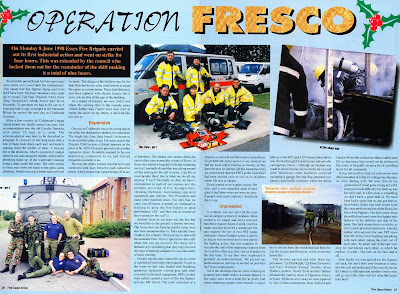 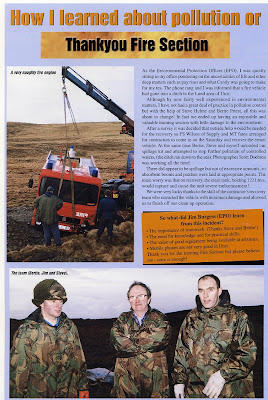 Posted by Gordon Carle at 17:26 No comments: