It was difficult for Saxa to field a 15 strong team in RAF Rugby matches – especially when playing away. The numbers involved were a considerable proportion of the total strength and the travel time often made it impractical to take part in games outside Shetland. For most of the time when Saxa was operational Rugby was not really a Shetland sport. There were many avid soccer players and many leagues (soccer being played mainly as a summer sport because of the weather in the winter months).
Whilst there had been occasional matches against visiting RAF teams and a team from Sullom Voe there was usually a long time between fixtures. However, in the latter part of the stations life rugby took on in Lerwick and a local club was reformed (here had been one in the late 1800’s). Naturally a rivalry took up between Saxa and Lerwick which led to some good-natured exchanges. Saxas home pitch was at Burrafirth – far better views than Murrayfield or Twickenham – you just had to be a little more careful to avoid rabbit holes & sheep droppings!

With the start of the run down and a decreasing establishment these matches had to come to an end. The last match took place in Sep 1999 and was preserved in print by an unknown photographer. If anyone claims ownership of the pictures below I’m happy to add credits or remove them if necessary. As the note attached to the pictures said – Saxa ceased to be the UKs most northerly Rugby Club after this match. If anyone happens to remember the result I will be happy to publish it as a late news item! Left click on pictures to enlarge. 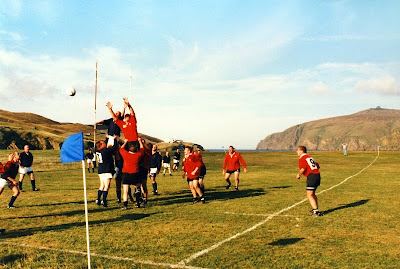 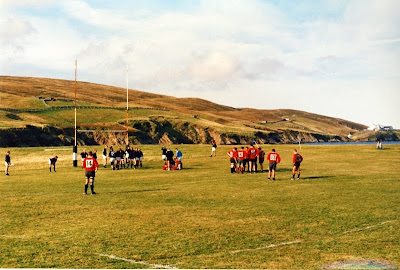 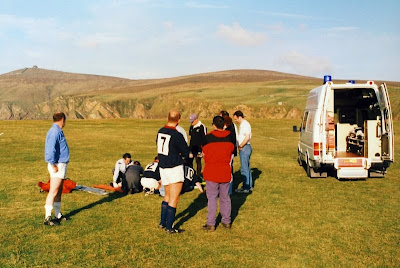 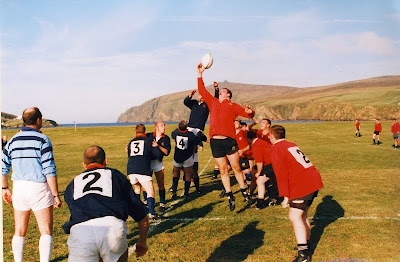 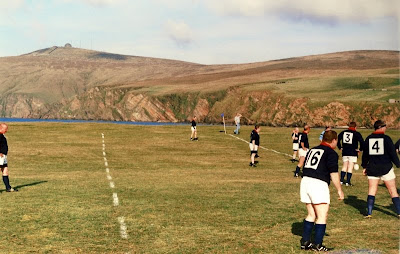 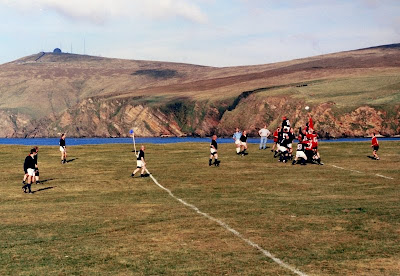 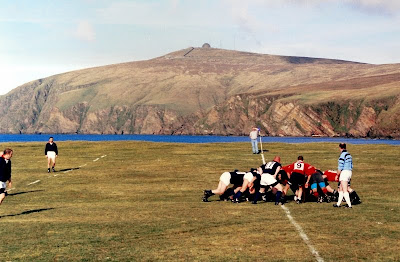 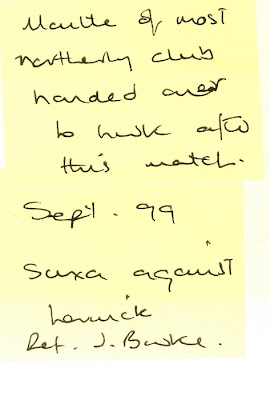 CONTENTS LIST
http://ahistoryofrafsaxavord.blogspot.co.uk/2012/03/contents-list.html
Posted by Gordon Carle at 19:11 No comments: