In May 2010 I published a section on the departure of the Type 93 radar in 2005 using a sequence of photos taken by the lat CO Sqn Ldr Phil Carpenter:-http://ahistoryofrafsaxavord.blogspot.com/2010/05/departure-of-type-93-radar.html

Since then I have gathered a number of other pictures of the Type 93, the equipment within the Type 93 radome and other equipment in the vicinity. Not having had recent experience in the air defence/radar world I am unable to identify some of the equipment and would be very happy if anyone could help out: gordon.carle@gmail.com

The Type 93 spent 12 years at Saxa Vord, arriving in the autumn of 1993 and departing in autumn of 2005. The Type 93 was designed to be a transportable radar but early use in this mode led to unserviceabilities and breakdowns. From the outset the Saxa equipment was intended to operate from a permanent site inside a very large radome. The reason the dome was far bigger than needed was the decision to build it on the same site as the old Type 80 radome base (with a 75x25ft reflector it required lots of space). As explained earlier in the blog, the construction of the radome was no simple matter – the first 3 attempts were destroyed by gales (twice in 1989 and again at New Year 1991/2). I suspect that the arrival of the Type 93 was a bit later than originally planned.
For most of its life on the Hill the Type 93 was the only active radar. Because it was a 3D radar, capable of providing both plan and height data on targets, the HF200 height finder which had been in service for 14 years, was decommissioned in 1993. The Marconi S649 search radar was also shut down in April l 1995. It had been left without a radome after the gales of New Year 91/92, salt corrosion and weather had taken their toll. As far as I’m aware that left the Type 93 from 1995 to 2005 without any on site back-up. I would like to say that that it operated without fault for 10 years; however, life’s not like that. There were a number of significant outages, one of which is mentioned later in this section.
The arrival of the Type 93 in Lerwick en route to Unst was covered in the Shetland Times in an article which is reproduced below. 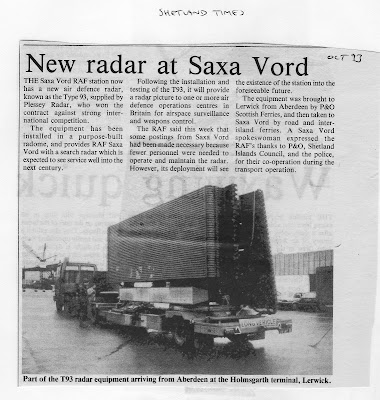 The following sequence comes from an MOD collection and is self explanatory: 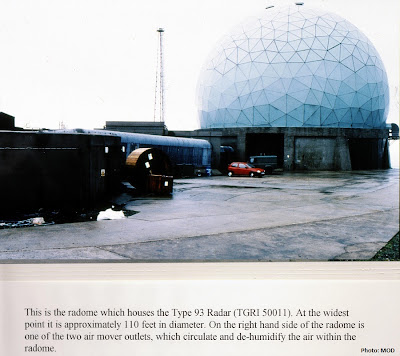 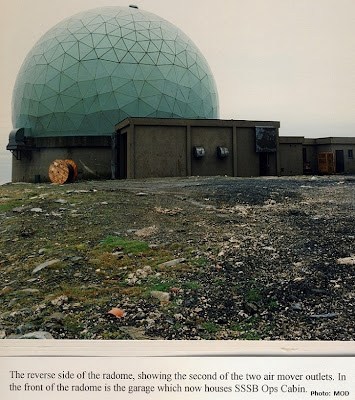 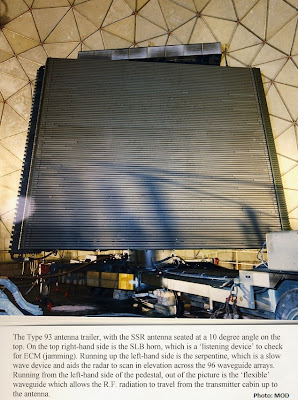 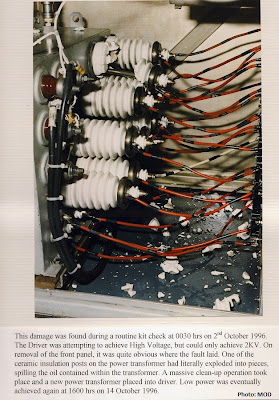 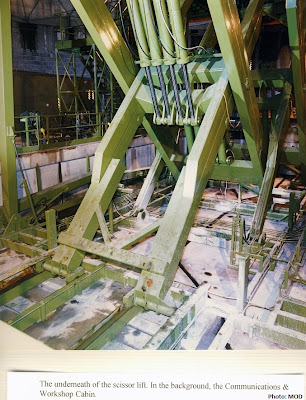 The Type 93 scissor lift from a different angle and the radome with the SSSB Building: 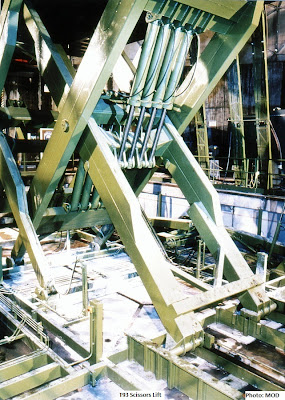 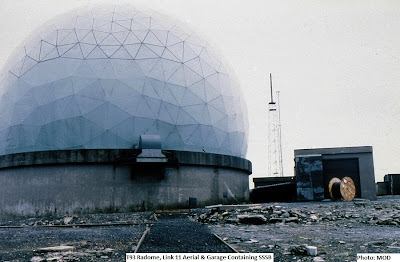 The Type 649 was decommissioned in early 1995 and therefore the 2 photos of the radome below must have been taken before that date. 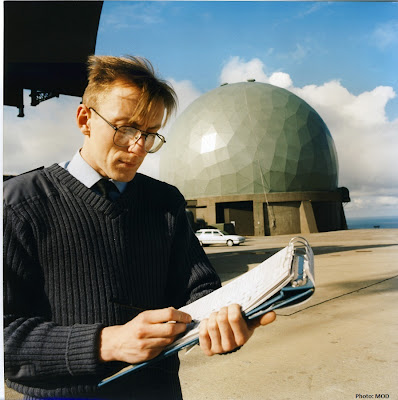 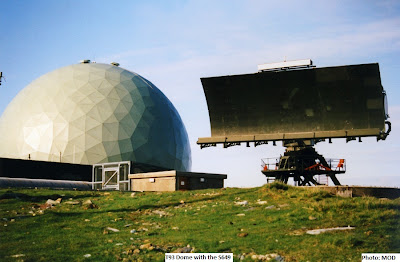 Now come the photos I would have to guess at. Most of them taken within the Type 93 Radome but some of them are outside. I suspect at least one of them belongs to the Link 11/16. I’ll leave titling them until an expert enlightens me! 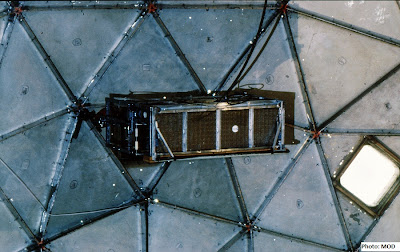 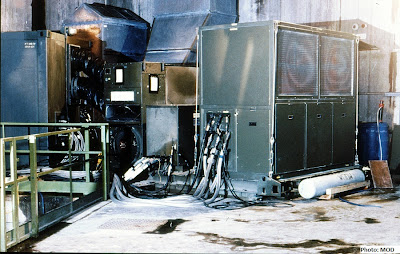 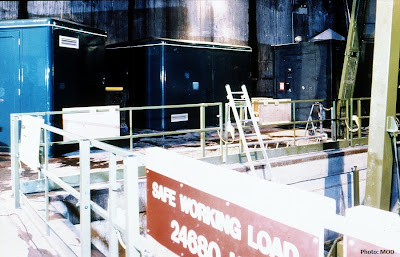 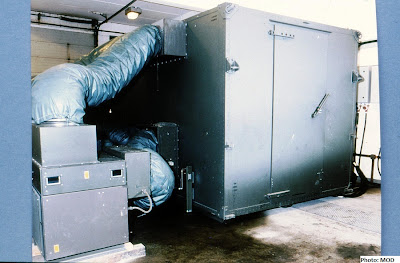 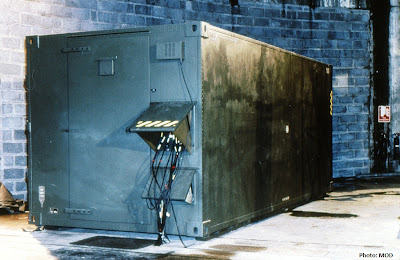 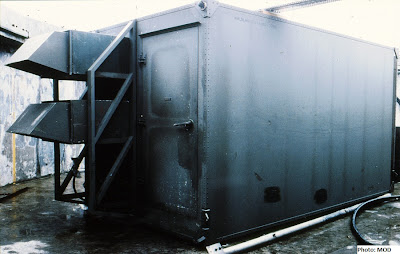 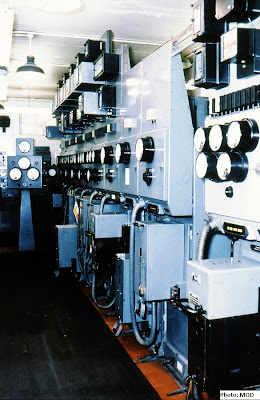 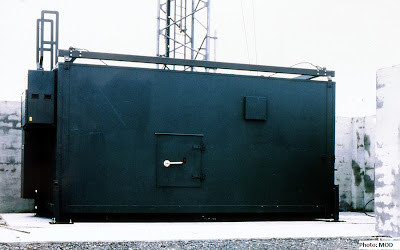 The radar was originally designed to be “mobile”, though the Saxa model stayed static for around 12 years. However, when the final decision to close Saxa was taken the ability to “fold-up” the equipment and take it away came in very handy! 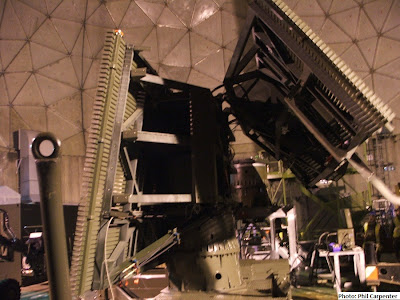 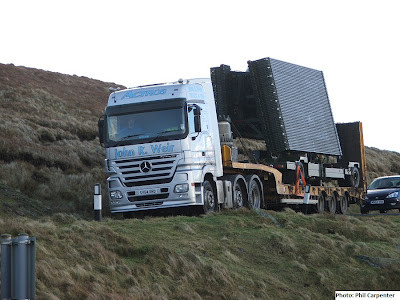 So what’s left of the Type 93? As far as I know just the empty dome. At 110ft diameter you could fit a couple of badminton courts (44ft in length) or even a tennis court (78ft in length) inside – unfortunately they are not in much demand on the site anymore! 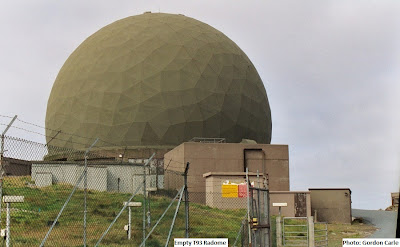