In 1969 the unit was visited by the Flag Officer Scotland, Vice Admiral Sir Ian McGeoch KCB CBE DSO DSC. This was to be his last tour after a long and distinguished career in the Royal Navy. He was a celebrated submarine commander in the Mediterranean during WWII. He was taken prisoner by the Germans and held in Italy, before escaping and returning home. Sir Ian, who retired in 1970, died in 2007 – I have put a link below to an obituary from the Daily Telegraph which gives a much more detailed outline of his career:
http://www.telegraph.co.uk/news/uknews/1560494/Vice-Admiral-Sir-Ian-McGeoch.html

The Station Commander was Wg Cdr Jerrold Le Cheminant, who also had a distinguished service career. The civilian, seen in 3 of the photos, below was Bertie Henderson. He was the RN representative on Unst, responsible for looking after the Admiralty Building at the Top Site. The last of the 4 photos shows the distribution of wet weather clothing, presumably for a trip out to Muckle Flugga. 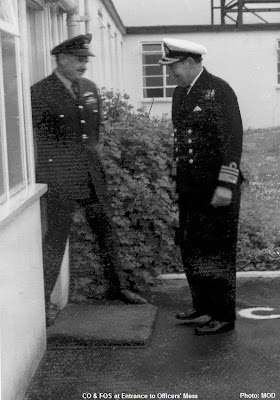 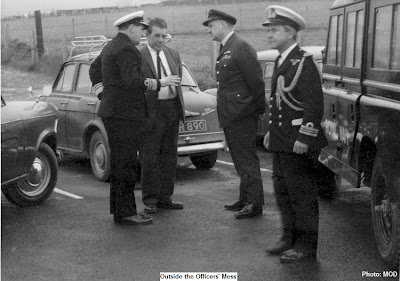 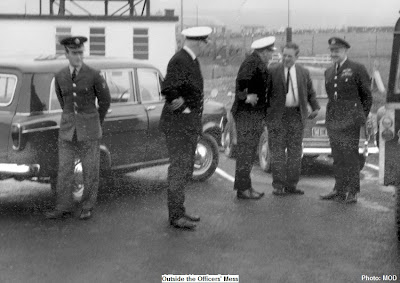 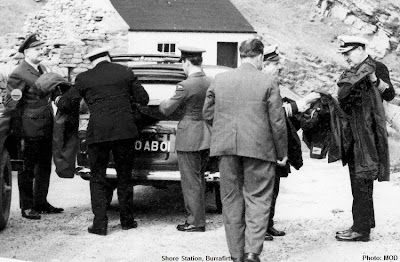 CONTENTS LIST
http://ahistoryofrafsaxavord.blogspot.co.uk/2012/03/contents-list.html
Posted by Gordon Carle at 23:07 No comments: