During his career AVM Cliff Spink flew a variety of fast jets including the Gnat, Hunter, Lightning, Phantom and Tornado. He was the Tornado detachment Commander during the first Gulf War. During his tour as Station Commander at RAF Coningsby, which hosted the Battle of Britain Memorial Flight, he flew both Hurricanes and Spitfires. Since retiring he has be active in the restoration of and flying historic aircraft – among them the Spitfire , F86, Bf109 and Sea Fury. 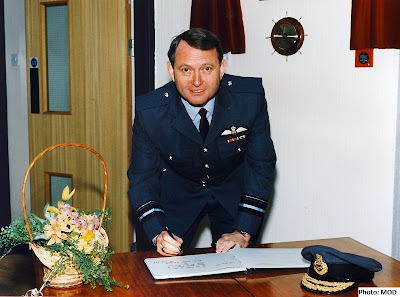 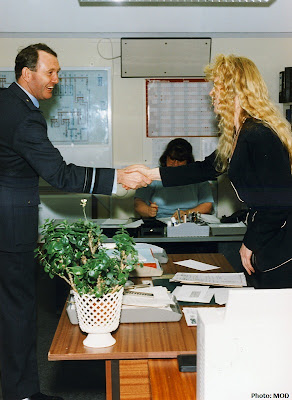 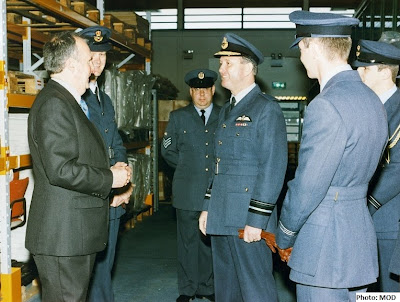 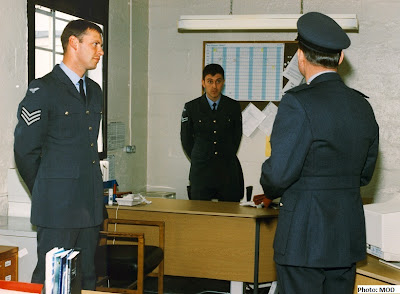 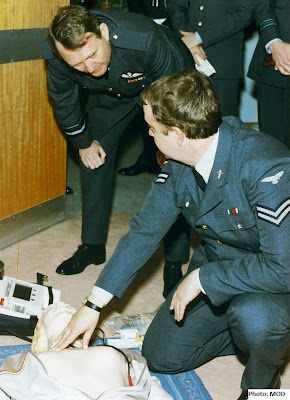 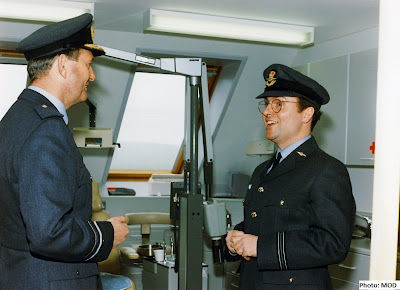 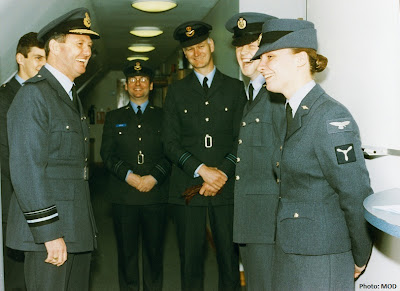 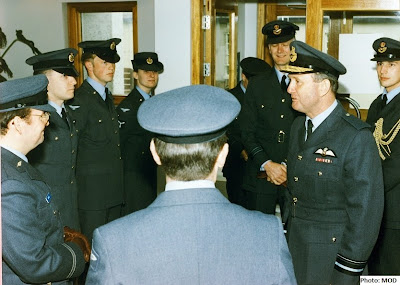 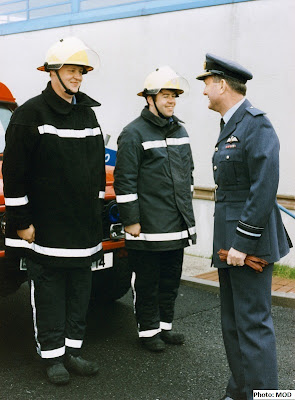 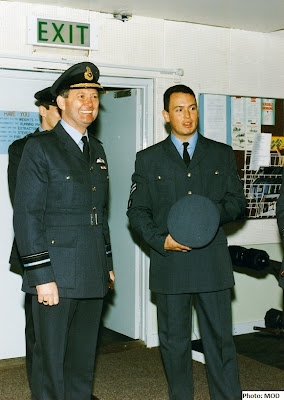 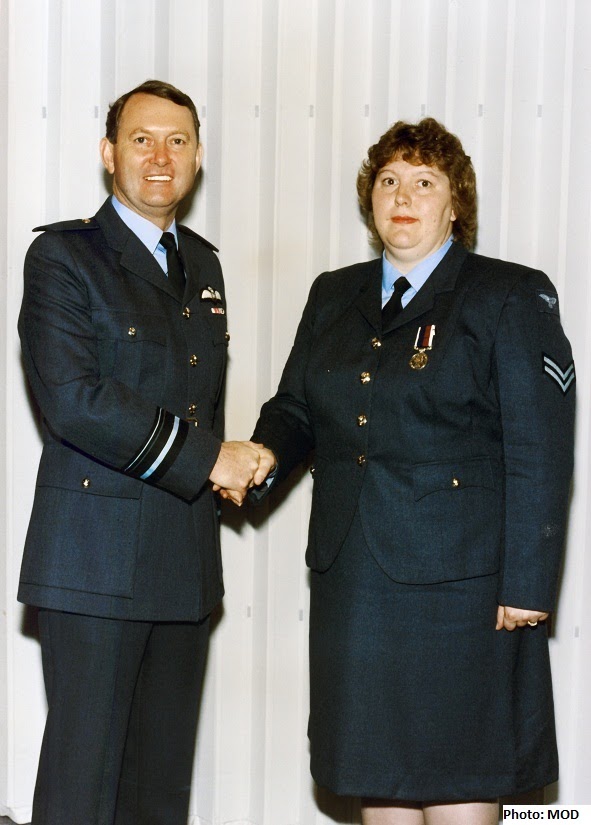 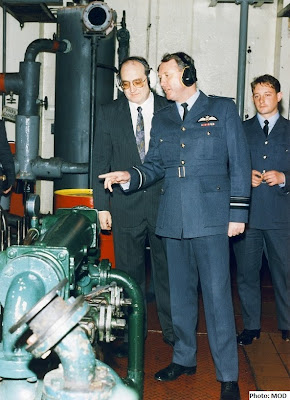 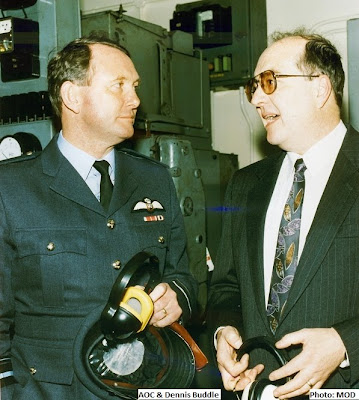 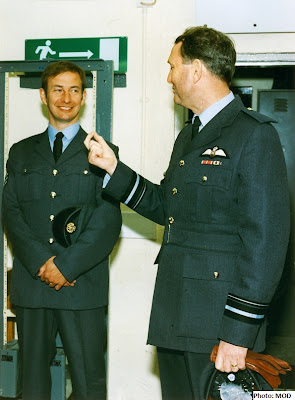 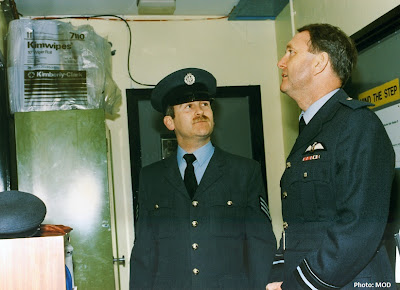 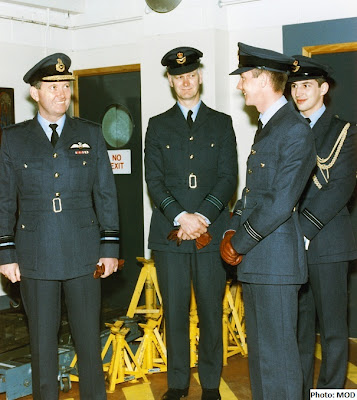 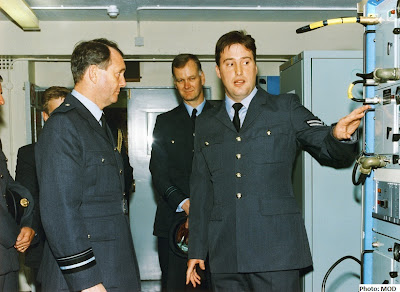 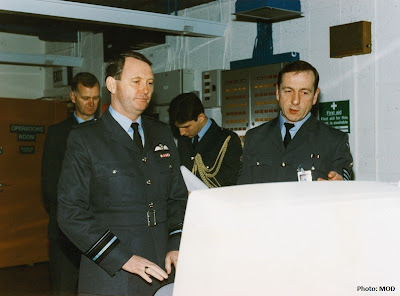 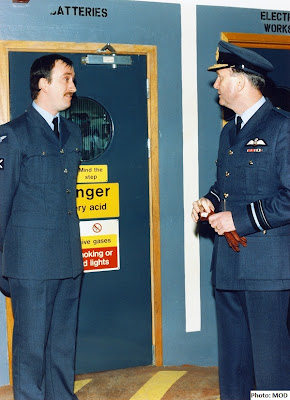 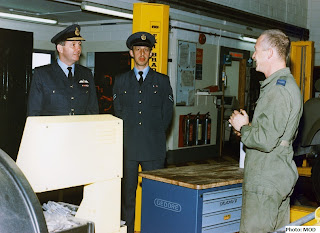 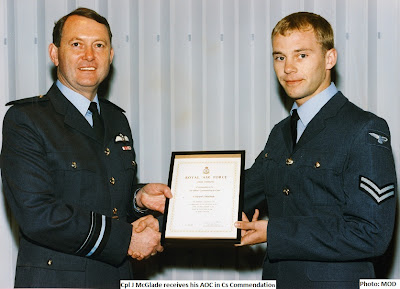 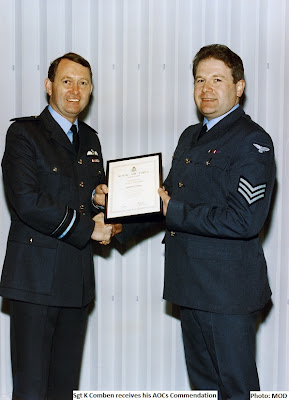 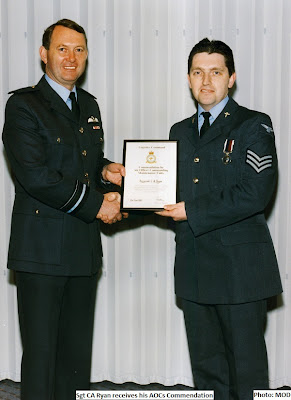 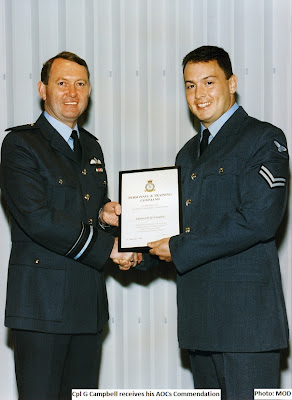 During his visit AVM Spink awarded the Long Service and Good Conduct Medal to 4 Corporals.  The people involved were Cpl S Comben, Cpl R Byrne,  Cpl R Fernley and Cpl S Manley. I only have 3 pictures of the event and I only know the name of one of recipient in the picture. If anyone can attach the correct names to the other 2 pictures or supply a picture of the fourth recipient, it would be appreciated. 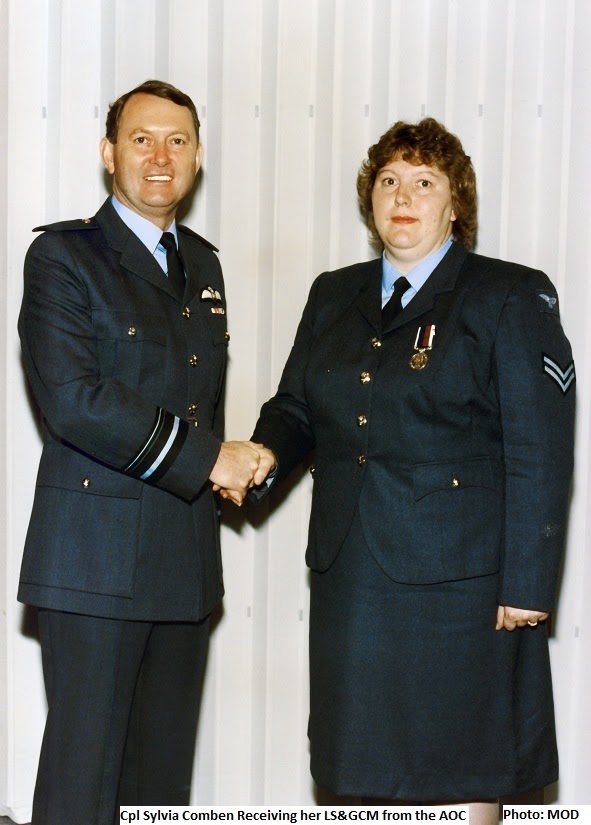 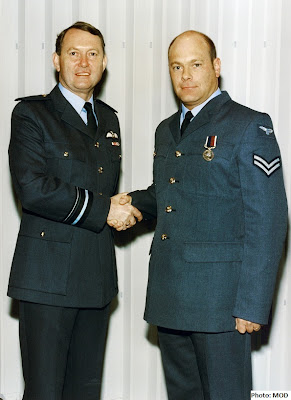 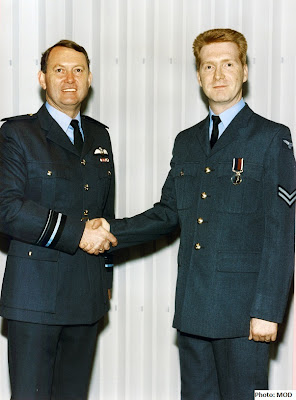 CONTENTS LIST
http://ahistoryofrafsaxavord.blogspot.co.uk/2012/03/contents-list.html
Posted by Gordon Carle at 22:11 No comments: