Most servicemen posted to Saxa remember “The Big Storm”. The funny thing is that they are often remembering different events. There was a bad storm whilst the radars were being erected and before the camp was opened. There was another one in 1961 which is the subject of this section. I have more information on damage caused by storms in 1963, the late 70s and again at the beginning of the 90’s. Once I have gathered enough data I hope to publish information on those events as well.

Towards the end of January 1961 the winds increased – no one knows what speeds they eventually reached, at that time the anemometer only went up to 100mph and it was certainly well over that speed for a long time. It was unsafe for personnel to venture outside. On the 27th the T13 Height finder suffered major structural damage, one support fractured and the other was badly strained. The hinge broke and a number of reflector rods were torn out and loosened.

However, the event for which this date is most famous is the Type 80’s attempt to leave the site. The entire rotating assembly above the turntable broke away. The scanner caused damage to the motor platform and alternator room before coming to rest upside down a short distance away. If I remember correctly the T80 aerial measured 75 x 25 ft (about 23 x 8m) and must have weighed a considerable amount. The Type 80 was off the air until September and needed outside assistance and heavy lifting gear.

The much smaller Type 14 survived but it too had to have its antenna replaced in March. The Type 13 was repaired on site, coming back serviceable in February.

The Unit role was reduced to “Standby” until April with the Type 14 being used to cover RAF Buchan’s daily routine maintenance periods when the winds permitted. After April and a change of Type 14 Aerial the Unit returned to 24hr operations using the Type 14 but it’s performance was nowhere near as good as that of the Type 80.  Operational efficiency also suffered because the Type 14 was not used when the winds got above 25knots (not unusual at Saxa).

In those days occurrences such as these were treated with great secrecy – whilst the whole episode was common knowledge throughout Unst and beyond – there was no coverage in the media. Following the episode higher authority decided that the Type 80 should be housed in a radome.

Pictures of the damaged Type 80 are below: (Left click on pictures to enlarge). 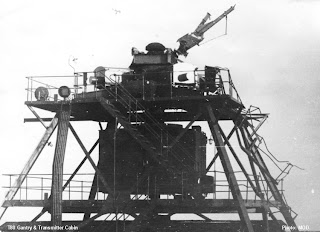 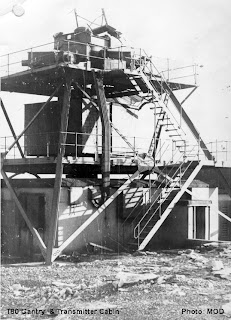 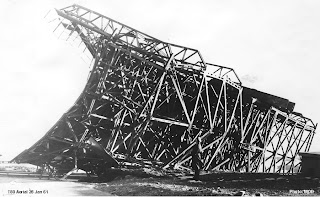 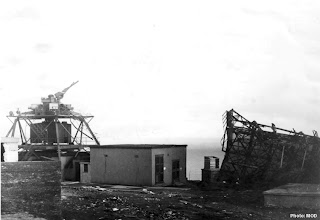 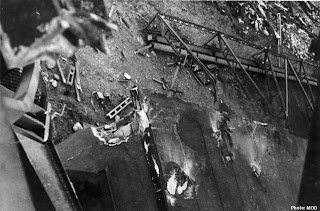