A few more reminders of air travel as experienced by servicemen and their families travelling to & from Unst, either on posting or, on leave. The photos have been grouped into two sections, the first group being associated with Sumburgh and the second, with Unst. (Left click on pictures to enlarge). 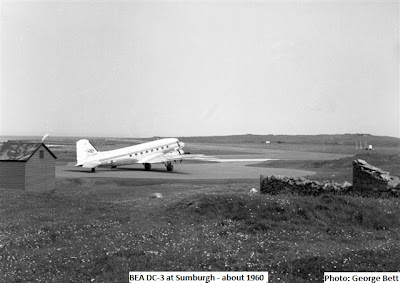 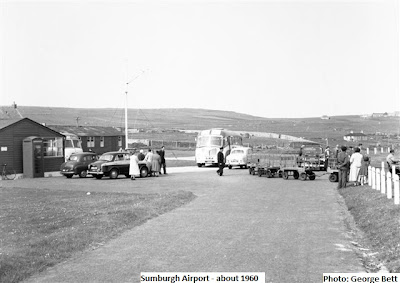 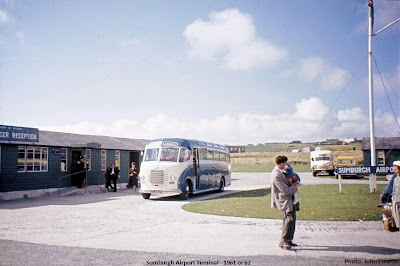 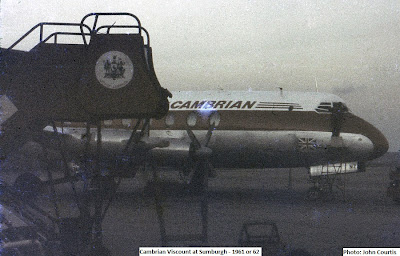 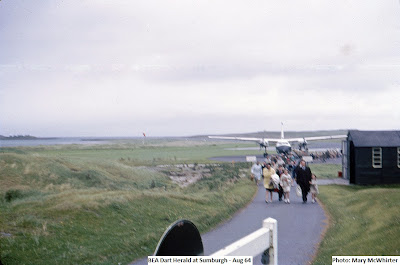 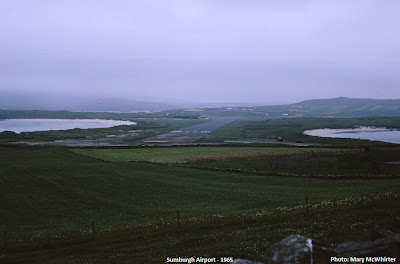 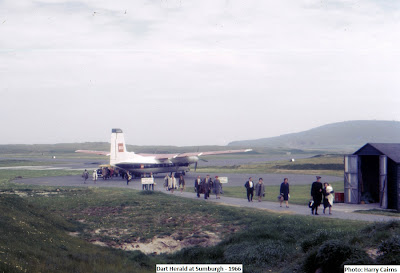 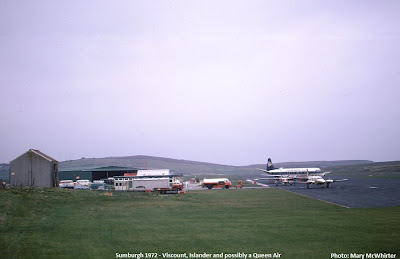 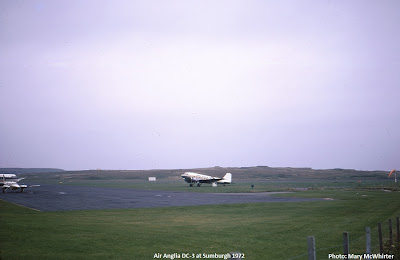 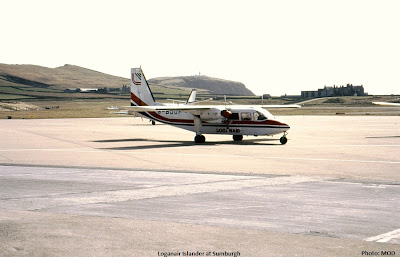 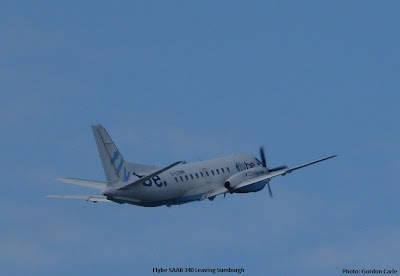 Unst
The picture below must be of one of the first aircraft to use the Unst Airstrip. Loganair did not start operating scheduled services to & from Unst until 1971. 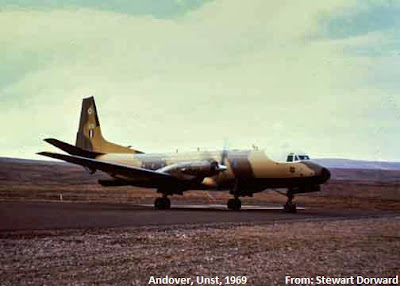 The next 3 photos are of a Devon (the RAF equivalent of the De Havilland Dove). The Devon, along with the Percival Pembroke, was quite frequently used for transporting important equipment and senior officers to and from Saxa. 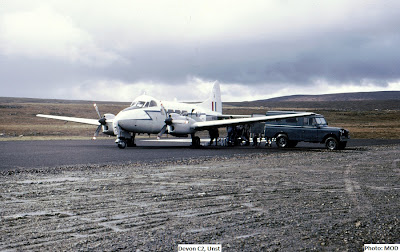 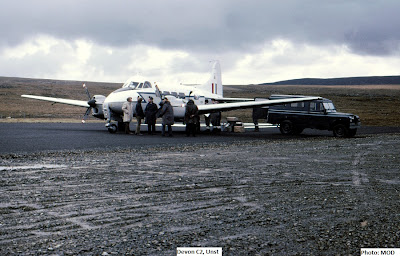 I’m grateful to Rein Boomsma (Saxa 71 to 73) for allowing me to use the next series of photos depicting Loganair operations in and out of Unst in the early years of the Airstrip. 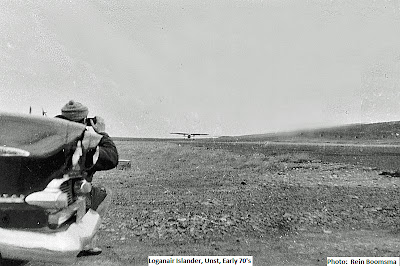 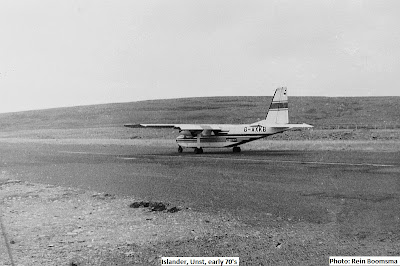 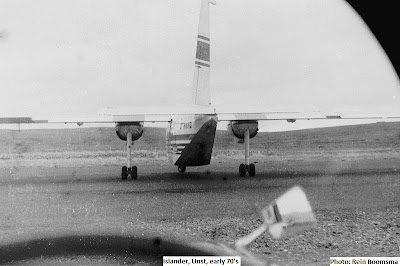 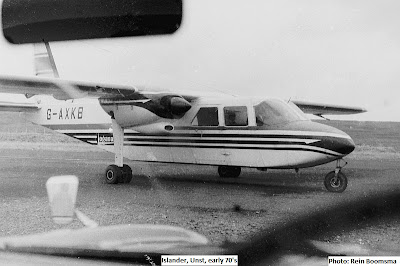 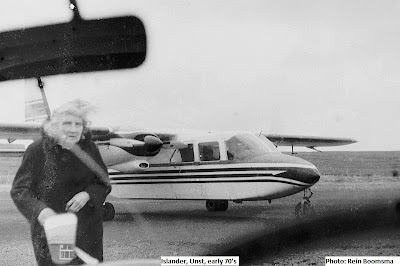 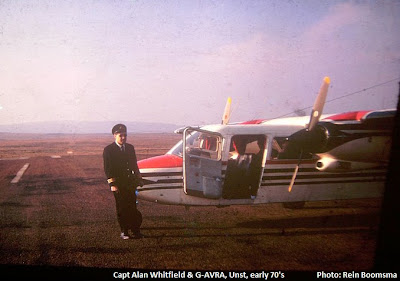 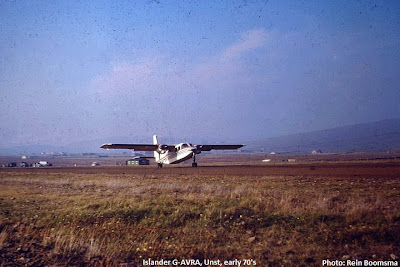 Finally; two recent pictures of the Unst Airstrip. It is officially closed and unmanned. Very occasionally a private flyer may make a short visit but it is at their own risk – though the second photo below shows that the runway is still in good condition. 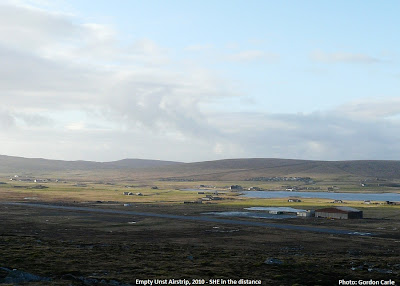 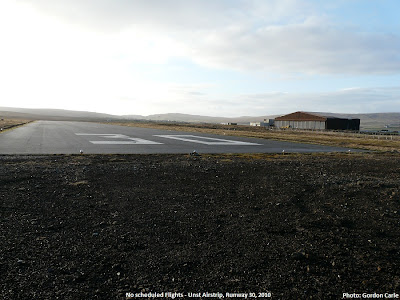 
CONTENTS LIST
http://ahistoryofrafsaxavord.blogspot.co.uk/2012/03/contents-list.html
Posted by Gordon Carle at 23:45 No comments: