In the first half of 1994 AVM John Allison, who was AOC 11 Gp until 15 Jul of that year, visited RAF Saxa Vord. I’m not sure about the purpose of the visit, perhaps it was just to say farewell. The eight b&w photos in this section were taken whilst ne was on the Unit.
The first four pictures appear to show an exchange of trophies between the AOC and the Stn Cdr. The AOC seems to be presenting a cup to the station – the wording on it is indistinct in the pictures but it looks like “HQ 11 Gp Small Stations Performance Trophy”. In return the Stn Cdr, Sqn Ldr Kevin Hann, is presenting some kind of Puffin memento to the AOC.(Left click on photos to enlarge). 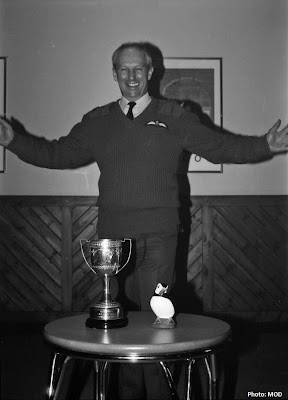 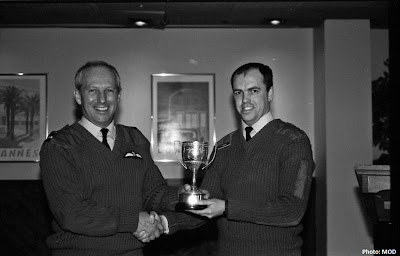 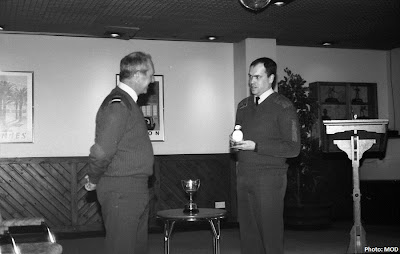 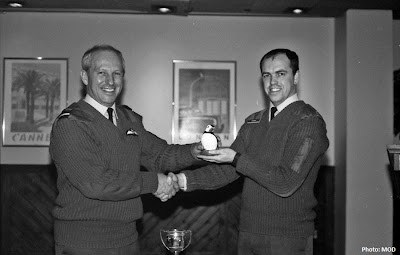 The last four photos were taken up the hill, either at the Ops Site, or at the Radar Heads (possibly one or more at both sites). 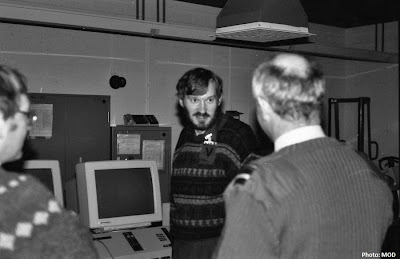 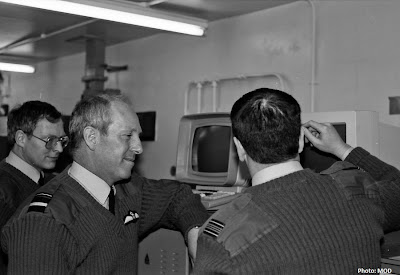 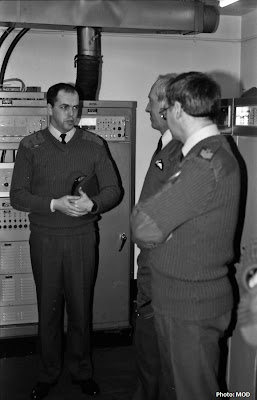 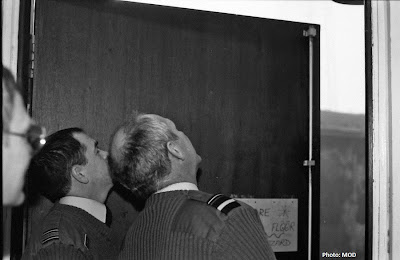 CONTENTS LIST
http://ahistoryofrafsaxavord.blogspot.co.uk/2012/03/contents-list.html
﻿
Posted by Gordon Carle at 23:56 No comments: