In 1969, the late Dr Albert Hunter visited Unst from mainland Shetland,  probably to make an official  visit to the medical facilities. Fortunately, he was an excellent photographer with a decent camera and his son, John, has kindly allowed me to reproduce his photos of the occasion.

The first picture, taken at the top of Setters Hill, shows a familiar view to many RAF servicemen posted to Saxa Vord, with Haroldswick and the RAF Domestic Site below and the "Golf Ball", protecting the Type 80 radar on the summit of Saxa Vord, in the distance, (Left click on pictures to enlarge): 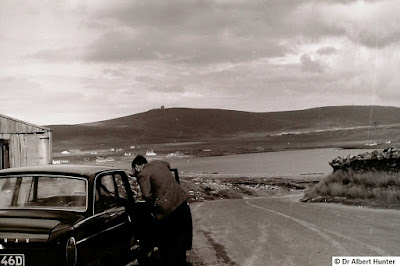 The next picture shows the approach to the camp gate and main guardroom from the west. The squash court and Ice Cap are on the right: 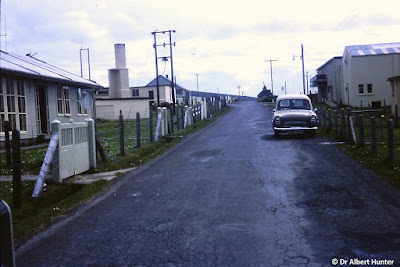 In the photo below the camera is located between SHQ and the Education Section. The Supply Section and the NAAFI Shop are on the left, MPBW Yard is straight ahead and a small, windowless MT building on the right. 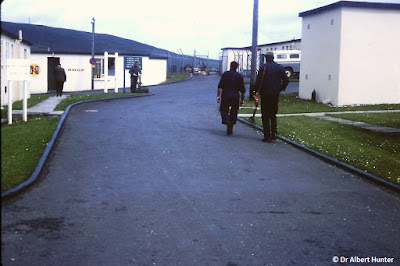 Two pictures, taken just outside the Station Sick Quarters, Doc Robbie (in the dark suit) and Sqn Ldr Jimmy Martin appear in both of them. Later in his career, on promotion to the rank of Air Commodore, Jimmy Martin became the RAFs' Senior Dental Officer. 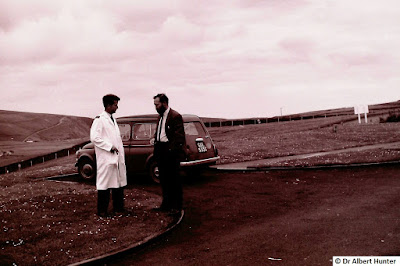 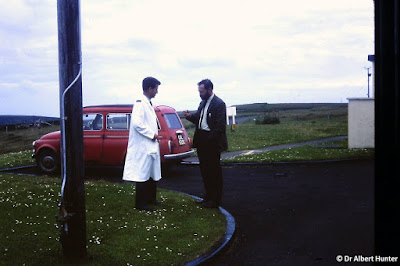 The entrance to Sick Quarters, at the eastern end of the Domestic Site, can be seen in the photo below: 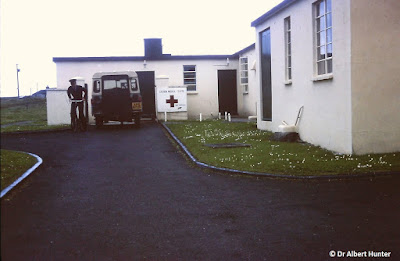 Hillsgarth, then the home of the local GP "Doc Robbie" & his wife Maureen, is featured in the next picture with the surgery (as it was in 1969),on the right: 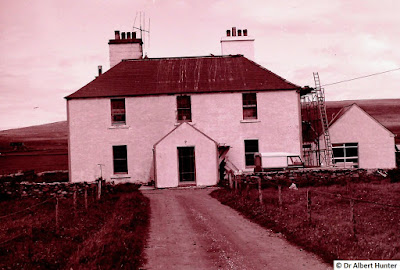 Initially RAF Saxa Vord had been built in the 50's without any married quarters for servicemen other than the CO. In 1965 a contract was awarded to Dorran Construction Ltd of Perth to erect a batch of 47 bungalows at what was to become Setters Hill Estate (SHE). The first 11 of these houses were occupied by the end of Oct 66 and the houses proved popular in the beginning. Dorran Construction had financial difficulties before the end of the project and there were some problems completing the infrastructure (roads etc): 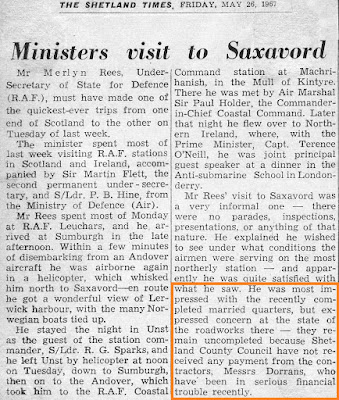 By the time Dr Hunter visited Unst in 1969 the houses were all occupied and there was a list of service families awaiting quarters to be allocated. Dr Hunter took the next two shots at SHE during his trip : 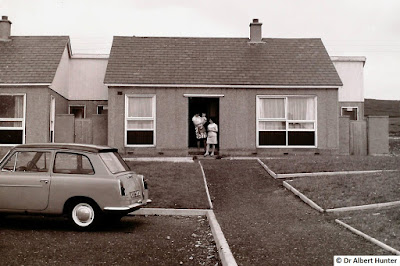 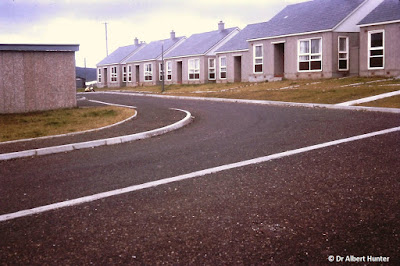 I would like to thank John N Hunter of  Scalloway for allowing me to share these photographs from his father, the late Dr Albert Hunter.
CONTENTS LIST
http://ahistoryofrafsaxavord.blogspot.co.uk/2012/03/contents-list.html

Posted by Gordon Carle at 19:32 No comments: