The proliferation of radar onboard HM ships at sea resulted in a shortage of trained  RN radar operators and therefore the Admiralty arranged to transfer two Admiralty Experimental Stations (AES1 Sumburgh & AES6 Dunnet Head) to the Air Ministry. AES1 came under RAF control at 12.00 on 4 November 1943. In this  section I will deal with the period from Nov 43 to the end of the War only. At the time of the takeover the Unit had the following equipment:  a CHL Type 2 (1.5m wavelength,  Frequency 200 MHz), a Navy Type 273 (10 cm Wavelength, Frequency 3.000 MHz) and Mk 3 IFF. 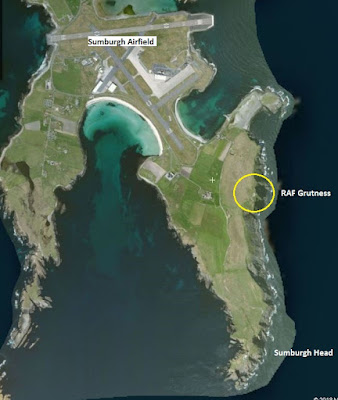 I am not certain as to the location of the two main radars but I presume that the CHL Type 2 remained in situ at Sumburgh Head, where it had been installed for AES1, and that the NT273 was on top of the combined Transmit/Receive Block (sometimes known as a CHL 1941 Building). Little of the RAF Grutness site remains but I have marked the location of a few of the structures on this next, modern, aerial image: 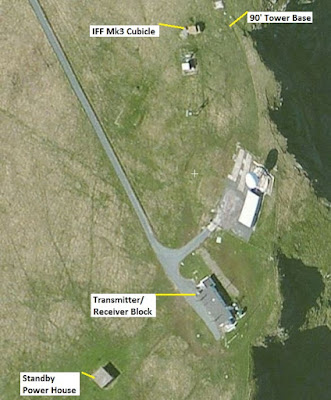 I believe that the other buildings in the above picture belong to the Civil Aviation Authority, which has also taken over, and currently uses, the old Transmit/Receive Block.  A few recent photos of the site follow: 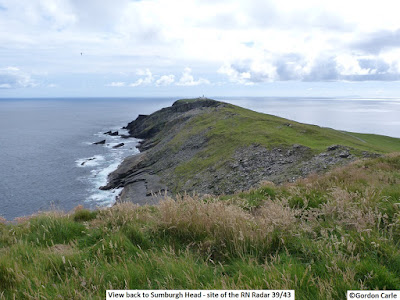 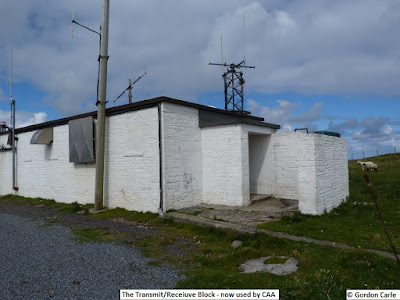 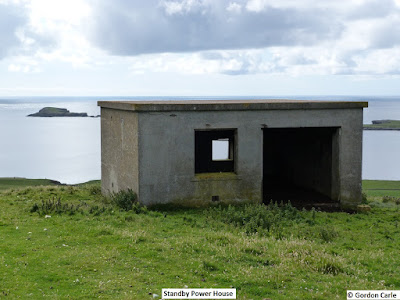 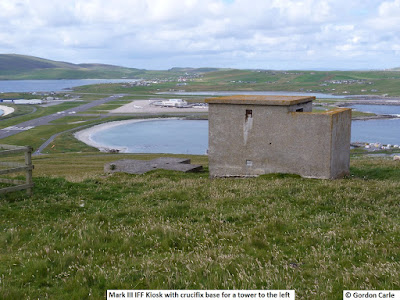 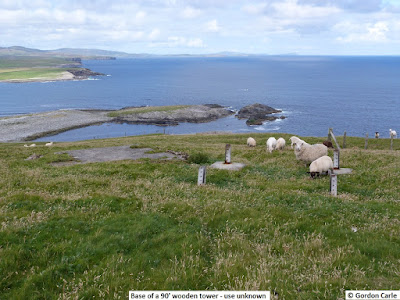 This late in the war the records of operational events are sparse  and frequently relate to friendly forces. The events described below have been gleaned from the National Archives:
On 17 Jan 44 Hostile H500, a Ju88, was shot down off Peterhead in Aberdeenshire, Grutness was one of a number of stations which passed plots on the German aircraft enabling the interception to be achieved.  In March 44 the centimetric search radar was overhauled (NT273) and during April the rest of the electrical equipment received its quarterly maintenance.
On 2 Aug 44, Fg Off RS Clark assumed command of the Station and at the end of the month the effective strength was 1 Officer, 1 SNCO and 32 airmen, whilst 1 SNCO and 8 airmen were recorded as  being on detachment or leave - FS Strachan, SNCO in charge of the Technical Section,  had been attached to No 9 Radio school. It was noticeable that the Aug 44 reports were signed by "Lt Kerry for OC", so an RN presence must have remained long after the RAF assumed control of the Station. It must also be recorded that valuable help was provided by Canadian Radar Technicians from the RCAF at many of the British radar sites, including RAF Grutness.
On 11 Sep 44 the Unit successfully plotted  a formation of about 100 friendly bombers heading out bound (destination unknown ). In October an aircraft was picked up showing a distress signal and tracked for 132 miles, later the Station was congratulated for the accuracy of the plots which had been passed.  A little later, on 10 Oct, a group of 10 Lancaster bombers were detected to the NE of the radar and were visually seen to land at Sumburgh - it was believed, but not proven, that they were aircraft which had been on a mission to attack the Tirpitz in Norway. 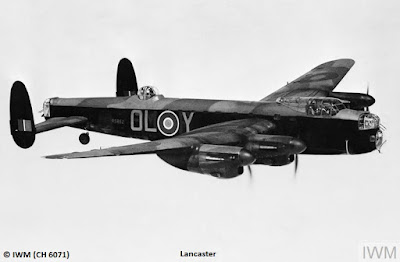 November was a notable month with one aircraft plotted to a range of 205 miles on the 11th. The following day the 12th was busy, with large numbers of ac tracked. The first was a group of 50+ picked up to the south of the station heading north early in the morning and. Around 10 hours later a number of incoming aircraft were detected 60 to 90 miles north of the station heading south, probably aircraft returning from the morning group. These aircraft were probably taking part in Operation Catechism - the final (and successful) attack on the Tirpitz.
Again on the 17th Nov a group of 20+ aircraft were tracked leaving the radar ground returns at about midday and were seen to return about 4 hours later as individual tracks.
On the same day the unit had given valuable assistance when a Warwick air sea rescue plane developed engine problems off Whalsay and had to jettison its lifeboat.  It was forced down on to the water and personnel at Grutness gave visual signals to the High Speed Launches and Spitfires involved in the rescue operation - only 1 crew member was lost, the other 5 were saved.  The Vickers Warwick was similar, but larger than the more famous Vickers Wellington Bomber. A picture of a Warwick of the same type is below: 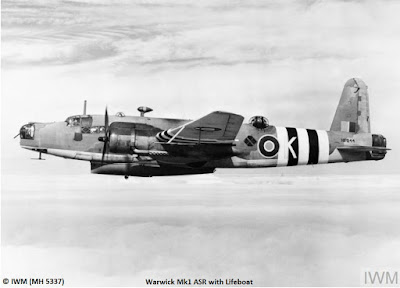 At the end of Nov the unit strength was 1 Officer and 37 Other Ranks (ORs).
On 12 Jan 45 another group of 50+ aircraft was picked up 183 miles south of the Station at a height of 20,000'. The group was plotted for over 200 miles before fading from the radar cover. The next longest range detection during Jan was at 170 miles to the SE, on an aircraft flying at 14,000'  On 29 Jan, 2 aircraft showing a distress signal from their IFF equipment were seen to the SE at a range 0f 50 to 60 miles. The track disappeared into the overhead clutter on the radar display but a visual sighting on 2 Beaufighters was obtained. One of them was observed to crash into the sea 3 or 4 miles west of the station. The position of the crash was quickly passed to the Filter Room and it was later confirmed that 2 airmen were landed safely. 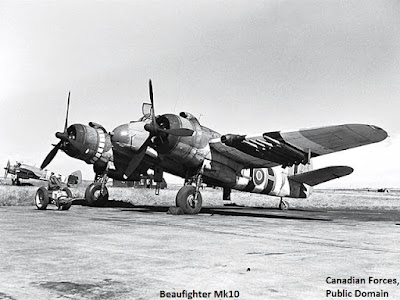 At the end of Jan 45 it was recorded that there were no officers on the strength of the station, just 37 ORs and that Flt Sgt Strachan was in charge of  RAF Grutness. March was a warmer month and the radar was reported to suffer from anomalous propagation on the 23/24th - the radio beam was bent in an abnormal fashion, resulting in responses from beyond the usual range of the equipment. By the end of the month Flt Sgt I Dumayne was in charge of the station.
The war in Europe ceased on 8 May 45 and on 23 Jun Grutness went onto a reduced watch system, keeping watch for just 13 hours a day. On 17 May a Blenheim Mk IV from 526 Sqn flew 5 test runs to check the performance of the radar. The flights were all to the east of the radar and at different altitudes - the highest at 8,000' and the lowest at 1,000' - detections from 120 to 60 miles were achieved. 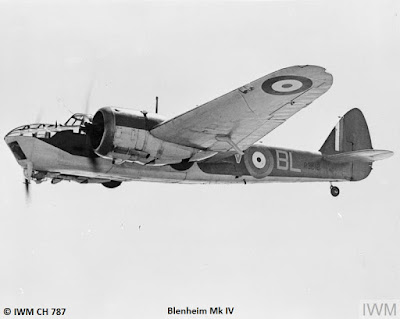 The last operational comments I could find related to 4  Aug 45, when the station ceased reporting tracks and, on 25 Aug 45, the Station was placed on a care-taking basis.