Almost certainly due to security issues I’m very short of material from inside the R101 and particularly the earlier Ops Building, the R10. If anyone has photos or information from either location I would be pleased to hear from them: gordon.carle@gmail.com

The R101 was constructed in the period 1976 to 79. The new Ops facilities were then in use until 1984 when a complete refurbishment took place. Whilst new equipment was being installed operational commitments were met by using a stripped down GL161 system, which had be shipped in from Wattisham. I have already written about this interim system here: http://ahistoryofrafsaxavord.blogspot.com/2010/10/interim-ops-room-1984.html
The move from the R10 to the R101 took place during the first weekend in June 1979 and it was in use until the late 90’s. By then the only sections left in the R101 were Comcen and IT Coord and they moved out soon after. The few Ops staff left had moved up to the Type 93 on the Tech Site. I have divided the few photos I have into 3 groups:
1. The early years - 1979 to the beginning of 1984
2. The refurbishment phase
3. The period after the new equipment had been installed until Ops staff left the building.
1979 to 1984
The first photo was taken in Sep 1979 and shows the OC Ops, Flt Lt Dick Waters, briefing the Rt Hon David Howell MP. At the time of the visit David Howell was the Secretary of State for Energy in the Conservative Government of the day: (Left click on photos to enlarge). 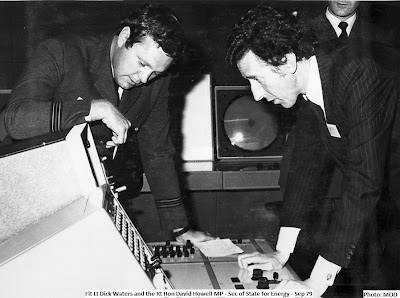 The next two pictures are copied from an article which appeared in the RAF News and were sent to me by Bob Jenner. 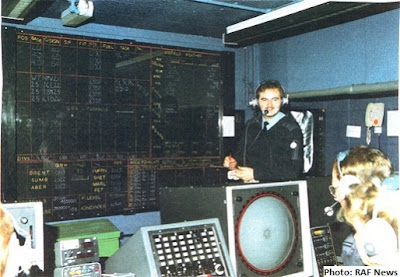 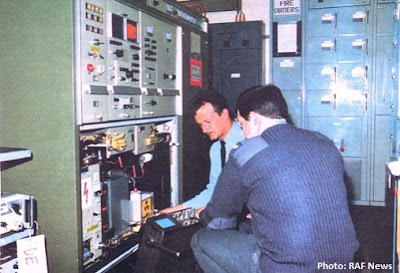 The following photo shows the Operations room just before the refurbishment started: 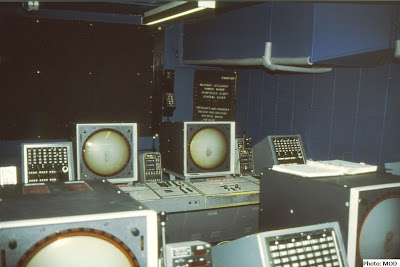 Refurbishment Phase
The sequence below shows various parts of the R101 during the refurbishment phase. 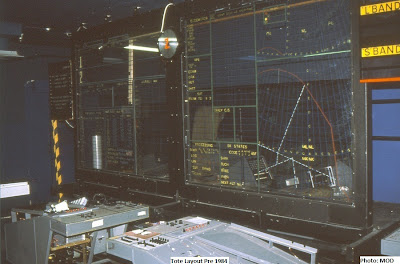 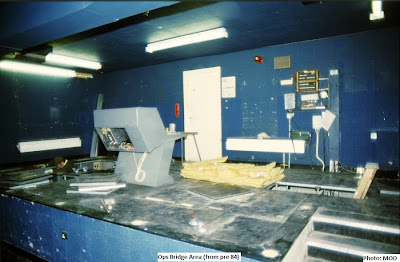 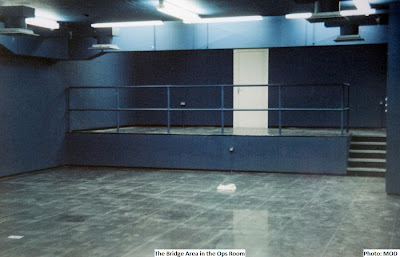 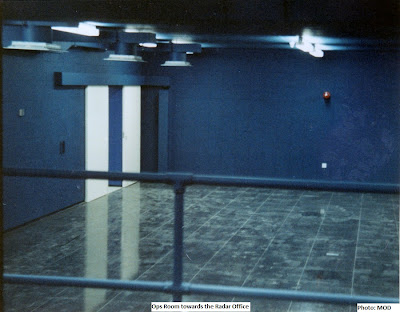 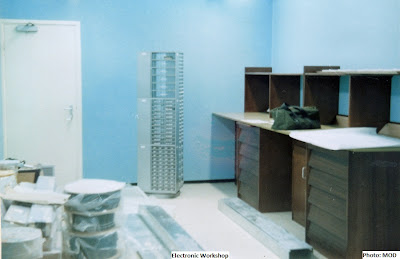 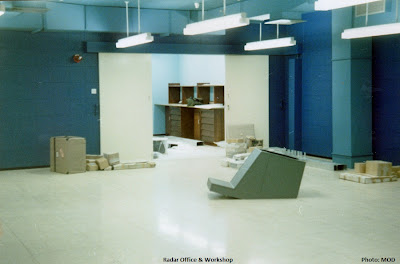 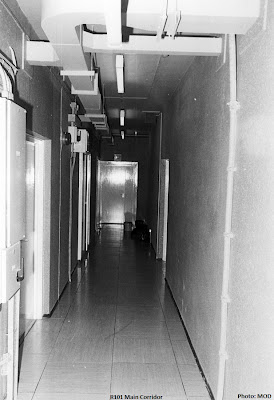 The Final Phase in the R101
As the Link 11 Aerials were not erected until 1984 I presume this photo of the Link 11 console belongs in this part of this section: 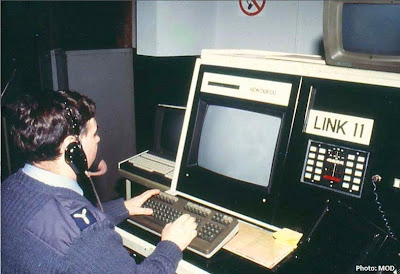 The next 2 photos are of the ESM suite: 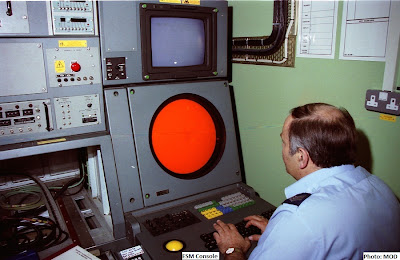 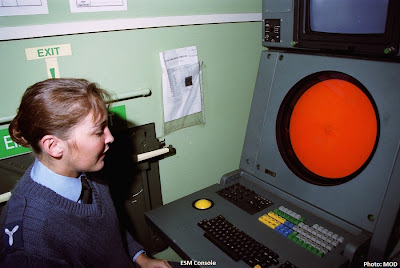 I’m not sure why the gentleman is sitting in the centre of the next picture – he’s Fg Off Nick Brittain, OC PSF (ie, an Administrator) 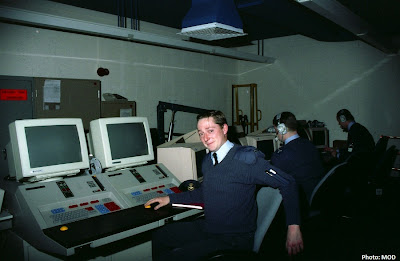 I don’t know the gentleman in the following shot either but I believe he’s from Trade Group 12 and belongs there (even if he’s not holding a chinagraph!). "Smeek" informs me that it may well be "Taxi" Marsden - Saxa 93./4 ish. 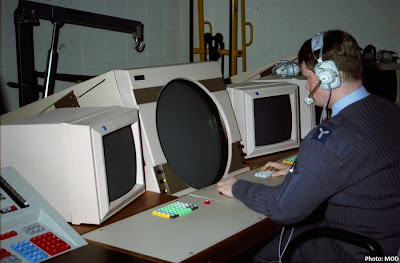 The last 4 photos were taken during visits by senior officers, I have added the names that I know and would be pleased to add others if anyone wishes to get in touch. 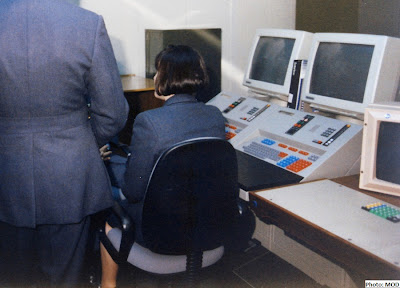 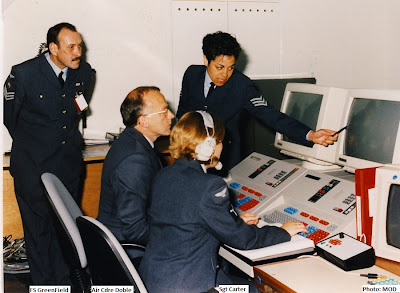 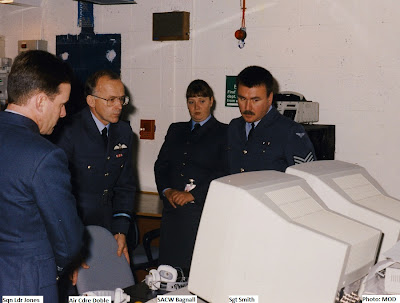