In March 2010 I published a section entitled “The Type 80 is off (Literally) – 27 Jan 1961”:-
http://ahistoryofrafsaxavord.blogspot.com/2010/03/type-80-is-off-literally-27-january.html
One of the servicemen who was at Saxa at the time, John Courtis, took some photos at the top site soon after the T80 aerial was blown off its’ turntable. At the time John was a Fg Off and was OC Accounts. Although some photos were published in the earlier section there seem to be few pictures of the event and therefore I am glad to be issue some more. I am grateful to John for allowing me to copy his photos and use them on this site.
The T80 reflector assembly weighed about 18 tons and measured 75x25 feet (22.86 x7.62 metres for the young ones). There is little else to say other than the elements are hard to withstand, especially at a place like Saxa Vord.- the pictures speak for themselves. (Left click on photos to enlarge). 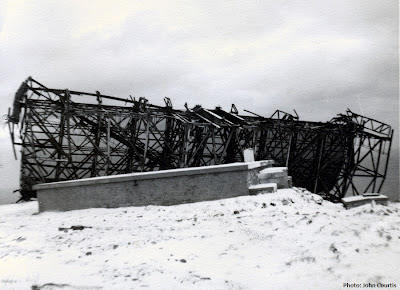 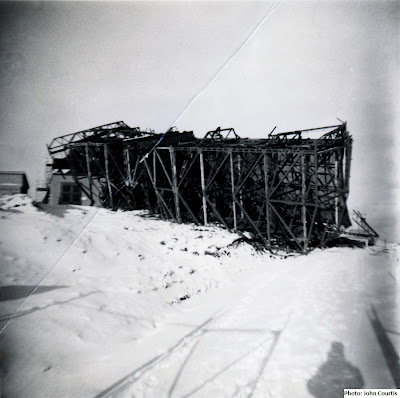 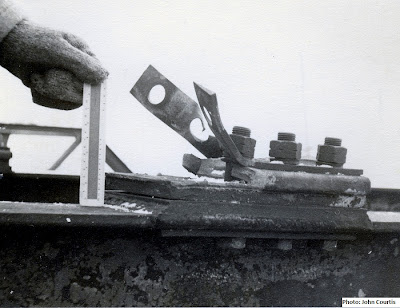 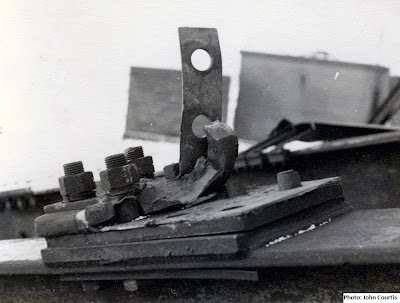 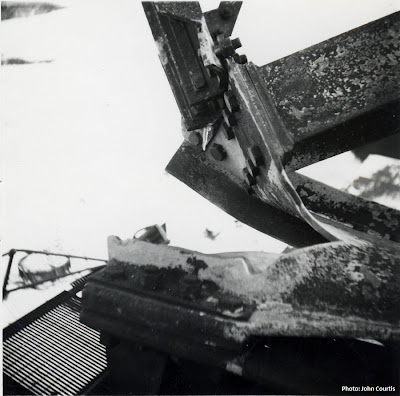 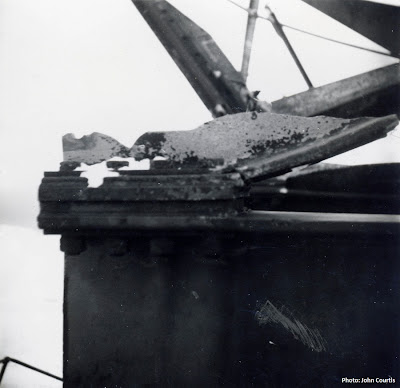 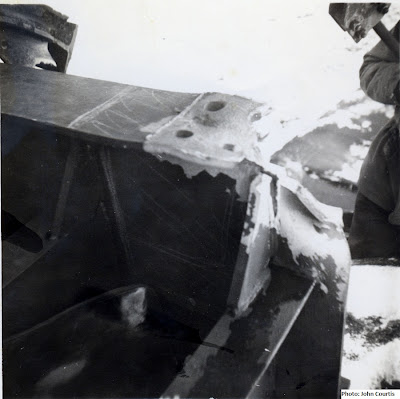 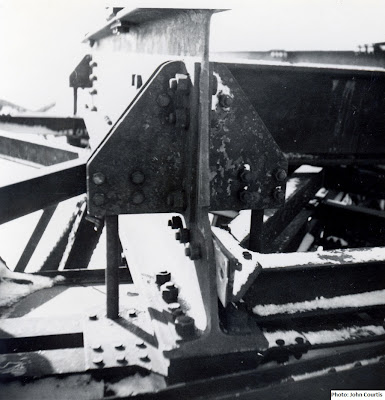 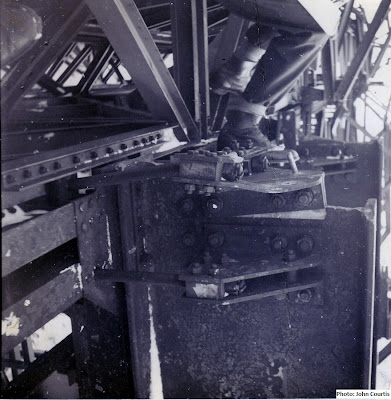 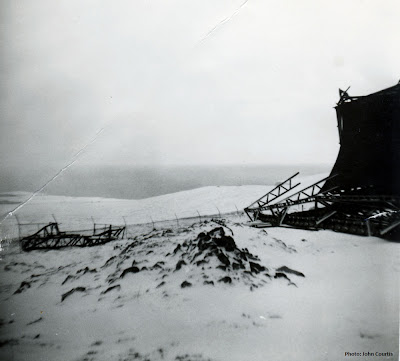 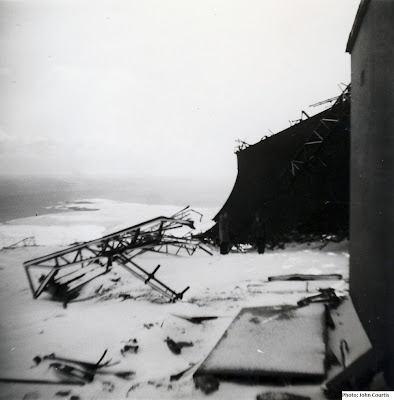 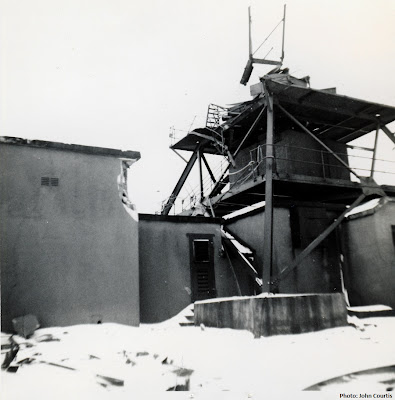 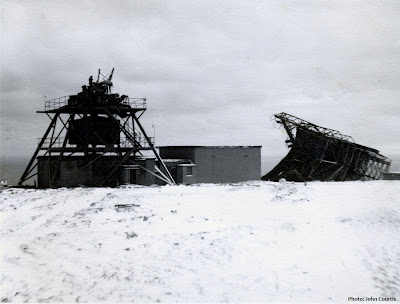 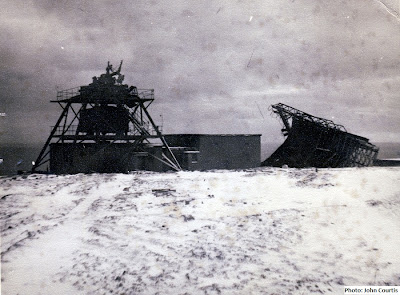 The weather must have improved slightly by the time the  2 photos above were taken as people can be seen working on the T80 gantry. An enlargement is attached below|: 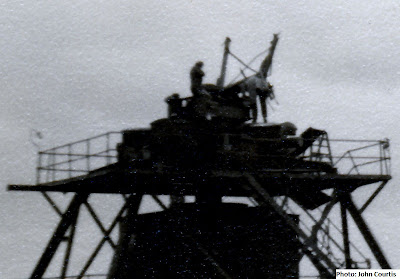 I know that this was the second T80 Reflector to come to grief - the first was destroyed late in 1956 or early 1957, some time before the Unit opened, I have been trying to get hold of photos of this earlier event for a long time, unfortunately without success. Should anyone have, or know the location of, any photos showing this event I would be pleased to hear from them. I know photos exist. gordon.carleATgmail.com (replace the AT)