As shown in a previous section:-
http://ahistoryofrafsaxavord.blogspot.com/2010/10/she-setters-hill-estate-1993.html
the Dorran prefabricated quarters at SHE which were opened in 1967 had become very dilapidated by 1993.  MOD ordered a new build which, in service terms, happened fairly quickly, particularly as the build had to be phased to ensure that some accommodation was available for married personnel and their families during the construction programme.  However, from personal experience I know that watch workers must have found trying to sleep on a building site terribly frustrating.  The contract to design the houses was awarded to a firm of Architects based in Lerwick in the hope that local knowledge would provide structure which could withstand the climate better than their predecessors. 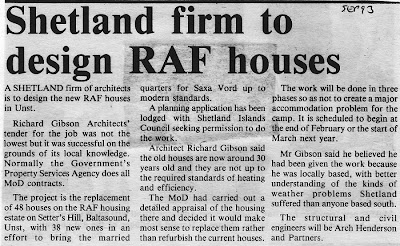 The demolition of the old quarters and the new build took place in 1994 and 1995. The first of 3 phases, 16 airmen’s quarters were completed and occupied by Feb 95 and the second phase, with 14 more airmen’s quarters was completed in May of that year, with the third phase later in 95. Although the Inter Island RoRo Ferries were available, much of the material required for the build was brought to Baltasound by the MV Shetland Trader and stockpiled. Had that not been the case the services on Yell and Blue Mell Sounds would have been severely disrupted. 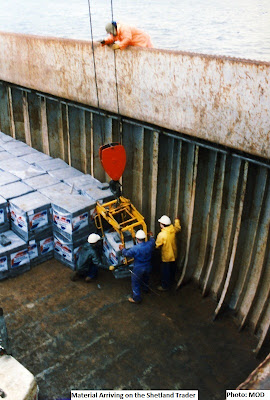 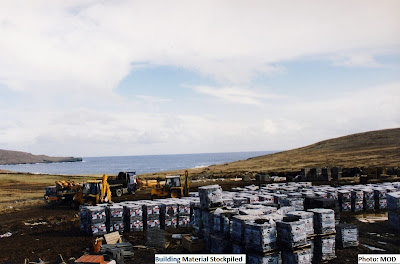 Before any new build could take place space would have to be made – the old buildings had to be demolished and a work camp set up. 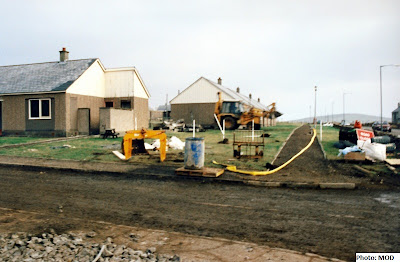 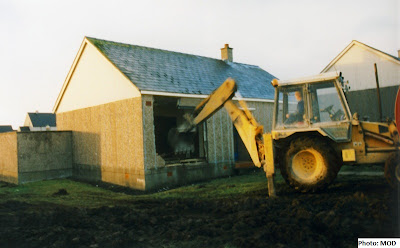 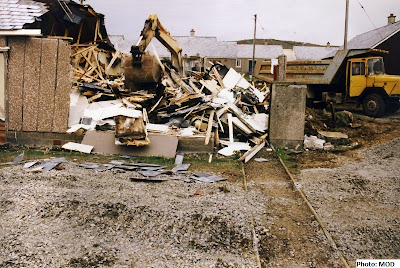 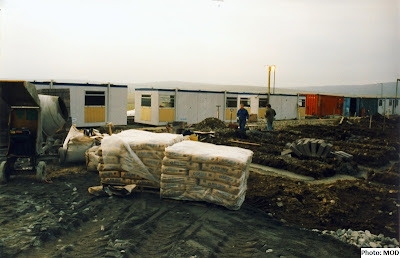 Some attention was also paid to the interiors of the Quarters:- 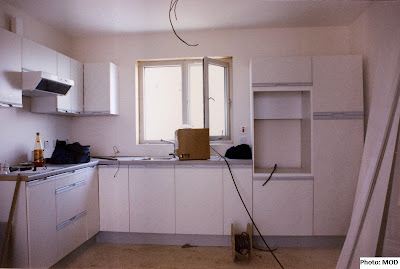 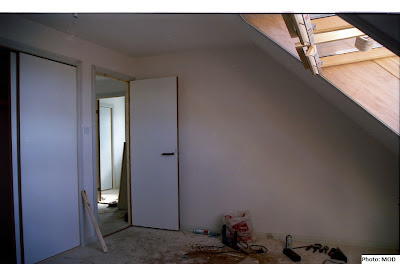 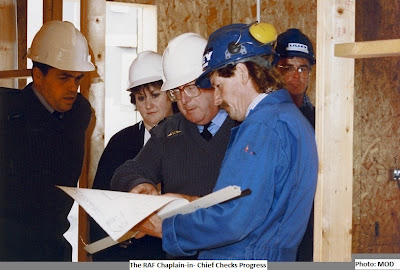 Eventually the site began to look like a proper Quarters patch again:- 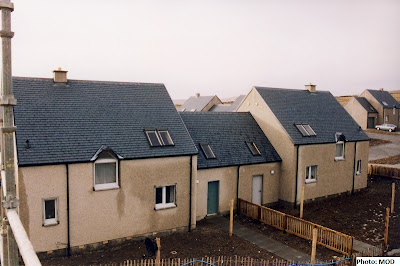 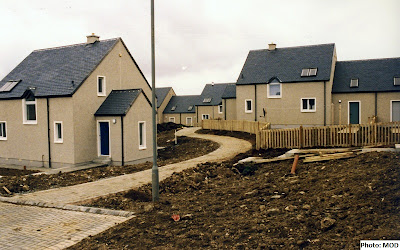 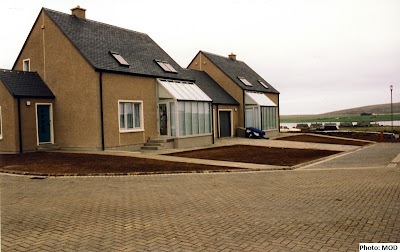 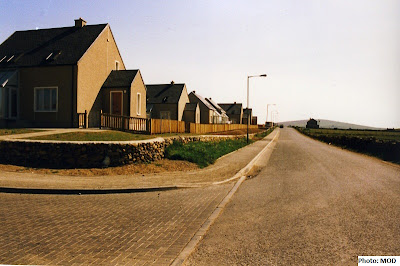 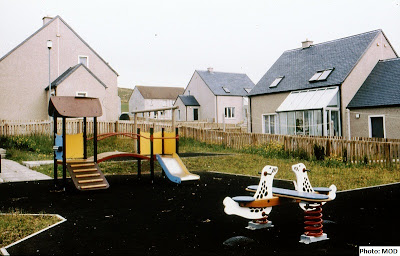 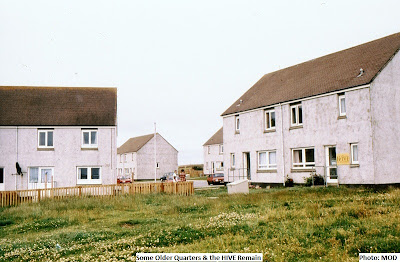 After that work could go ahead at full steam 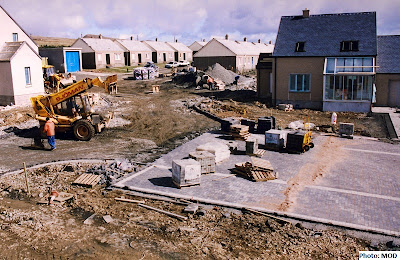 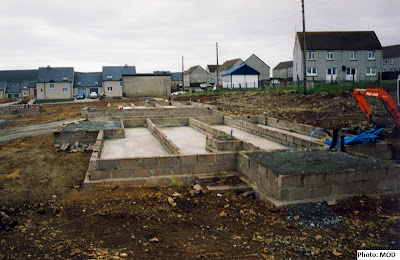 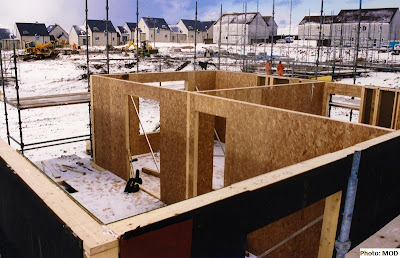 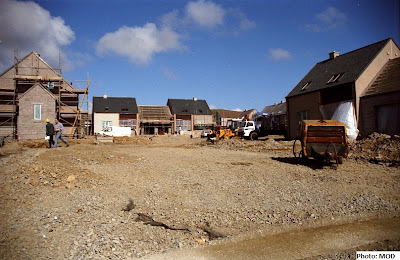 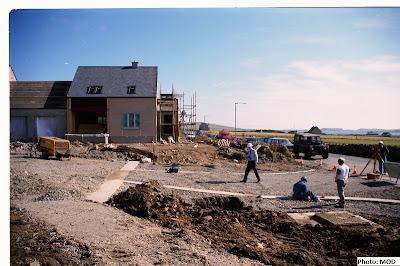 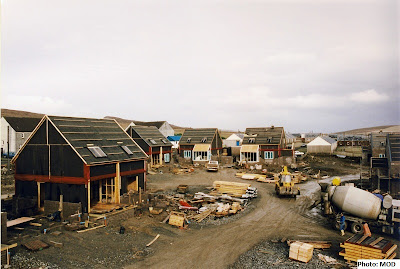 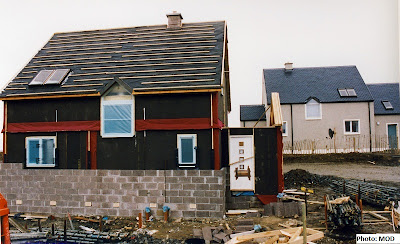 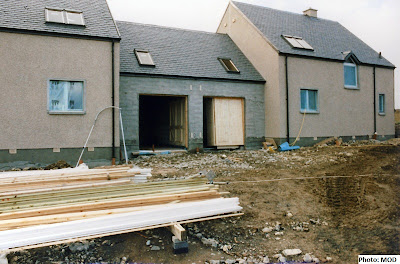