Arrival of Equipment on Unst 1955 Part 3

I’m grateful to George Bett (again) for supplying the photos of another landing which also took place in 1955. The Landing Craft involved was the ADC 1204, which sailed from Cairnryan and called into Lerwick en route to Unst. Cairnryan, near to Stranraer, became a very important military port during WWII  and immediately after the war it was used to help in the disposal of unused ammunition and explosives. This material was loaded onto vessels like the ADC1204, taken out to deep water in the Irish Sea and dumped. Although this sort of operation would not be allowed in the modern world different standards applied at the time. Cairnyan is now in use by P&O Irish Ferries.

George also remembers that on one of the sailings some equipment was transhipped to the craft at sea from the Royal Fleet Auxiliary (RFA) Robert Dundas. The main cargo on this run appears to be generators – Unst was without mains electricity until sometime after the camp power station became operational.

The first photo shows the ADC 1204 en route – I’m sure everyone on board was grateful for the sea state. 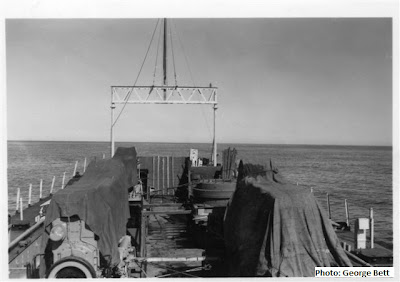 The next 2 photos show the  ADC 1204 at Lerwick. Those of you who are familiar with current Lerwick may be surprised to see how few houses are visible to the north of the town in the second of these pictures. 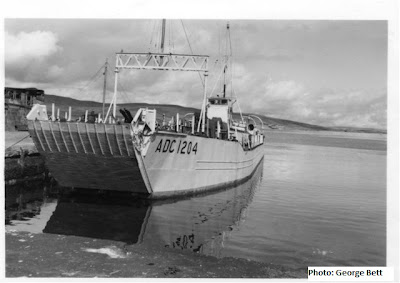 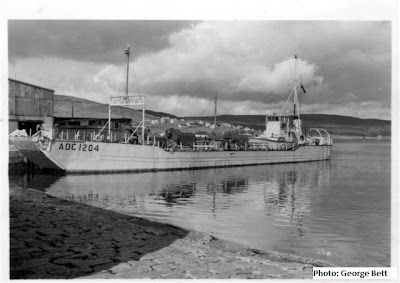 The next 2 pictures are of equipment being landed at the slip at Baltasound. 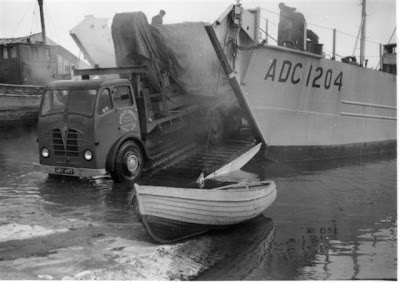 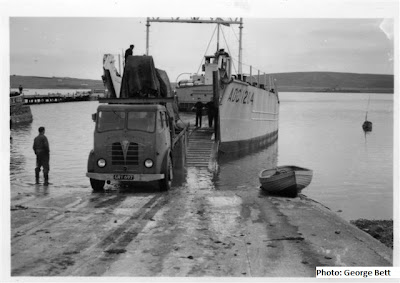 The last shot is of the empty ADC 1204 lying alongside the pier at Baltasound – the old pier buildings and Springfield Hotel can be seen in the background. The slip used for landing the equipment is near the centre of the picture. 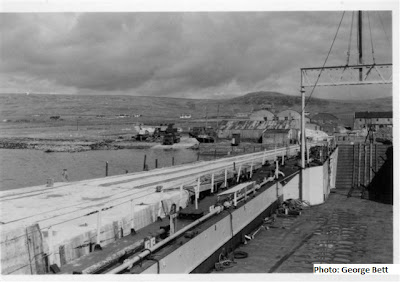