Arrival of Radar Equipment on Unst in 1955 Part 2

I am extremely grateful to George Bett who sent me all the photographs taken at Baltasound which were used in this section. George visited Unst twice in 1955, on both occasions when Landing Craft were delivering equipment for the building of RAF Saxa Vord. The Landing Craft shown in these pictures was the L403 but another, the L1204, was also used to land material. One of the major problems with a blog is being limited for space and I have had to reduce the resolution of these pictures far more than I wanted to.
The pictures are particularly interesting to me from two aspects. Firstly, they show some of the equipment in great detail, including the best photo I have seen to date of the Type 14 Radar which was the back-up search radar at the top site until Sep 1964. Secondly; the background in the photos is important to the history of Unst – not only for the trawler the Roerwater and the buildings by the pier, but for the people who can be recognised. What alerted me to this is the fact that my wife (long before I met her – she was 9 yrs old!) had taken photos of the same event – those pictures were included in one of the earliest sections of the blog:-

She, her father and numerous neighbours can be seen in some of the photos. At this stage I know the names of most of the locals involved and expect to have them all identified soon. I will be passing high quality copies of these photos to the Unst Heritage Centre should anyone be visiting Shetland and wish to see the pictures in greater detail.

I am also grateful to Bob Jenner who has helped identify the equipment and vehicles involved. He has also provided a copy of a now declassified document which gives more information regarding a couple of the vehicles involved.

The following pictures show the arrival of the LS403 at Baltasound and the equipment which was brought ashore. (Left click on pictures to enlarge). 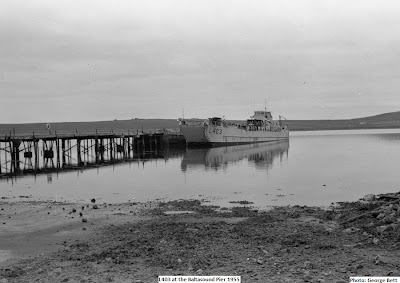 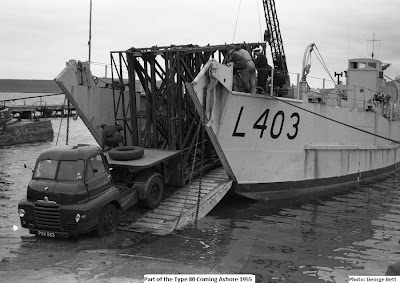 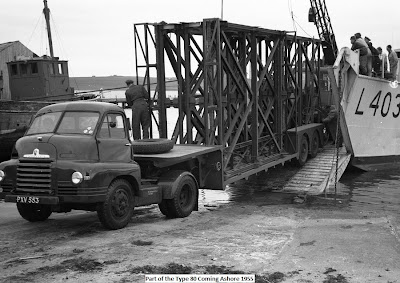 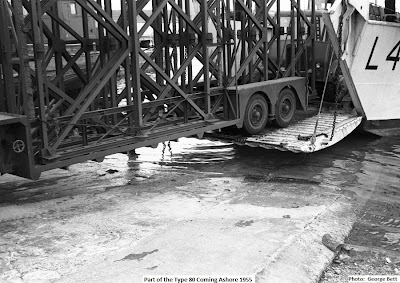 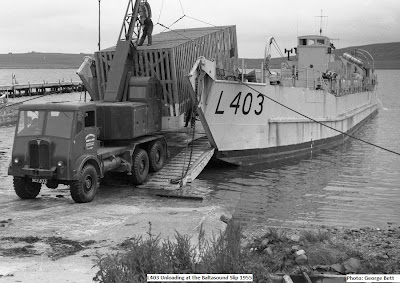 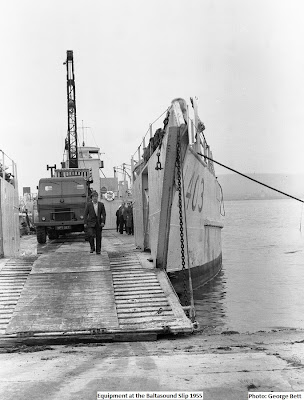 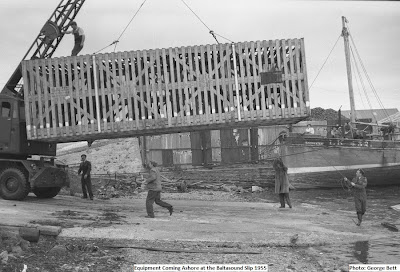 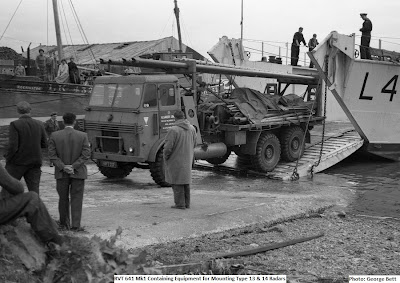 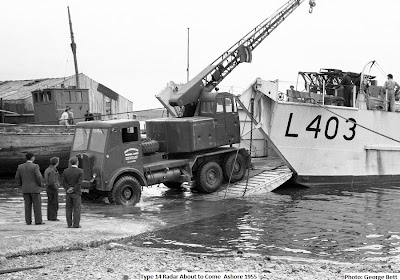 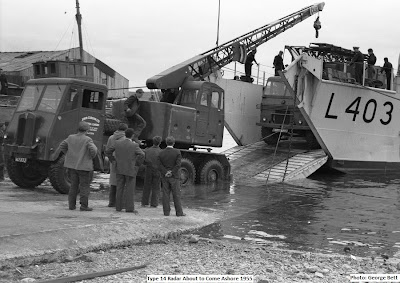 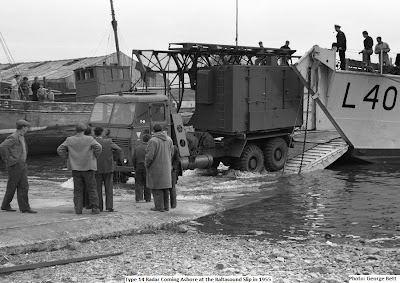 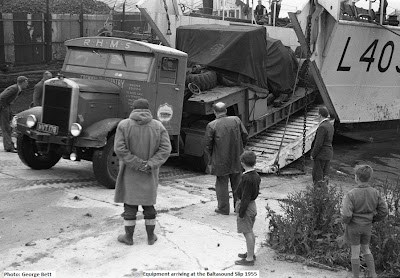 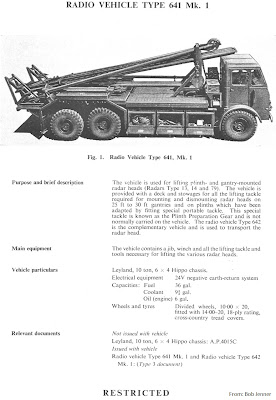 Local Bystanders
The photos of the landings are of such good quality that parts of them can be enlarged and it is possible to identify some of the people who were there. Five such enlargements are below. If you think that I have mis-identified anyone or can help Identify any of the other people in the pictures I would be pleased to hear from you:- gordon.carleATgmail.com (replace the AT with the usual symbol). 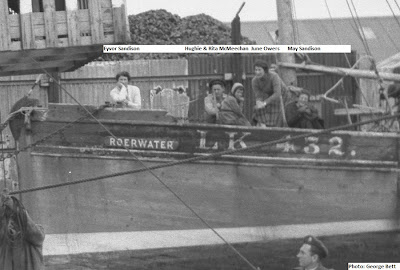 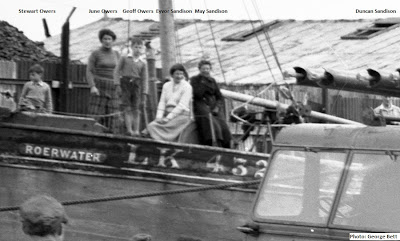 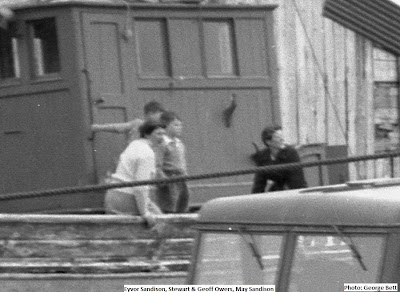 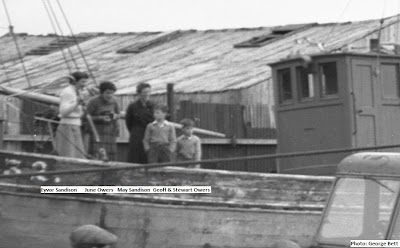 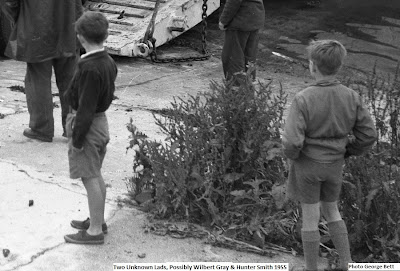 I would appreciate it should any reader have material about the life of RAF Saxa Vord, which they are prepared to share, would get in touch.