In the years 1976 to 1979 the top of Saxa Vord was a construction site. New radars and buildings were erected as part of a complete rebuild and I hope to complete a section about this upheaval at a later date. One item to disappear forever was the Type 8o Radome, which had been erected in 1963. (Left click on pictures to enlarge). 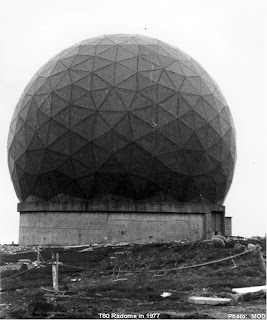 Whilst this work was going on the S259 was deployed to provide operational cover. 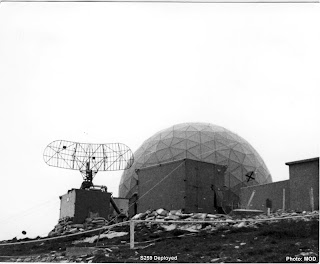 The following 3 pictures show the work on dismantling the Radome:- 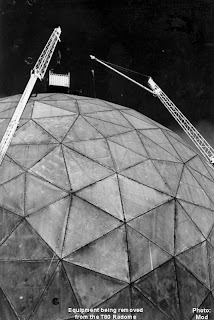 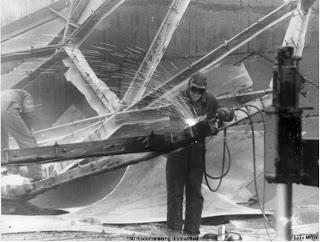 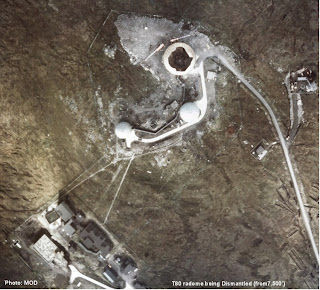 The last picture shows what the hill looked like in November 1979 after the T80 Radome had gone. 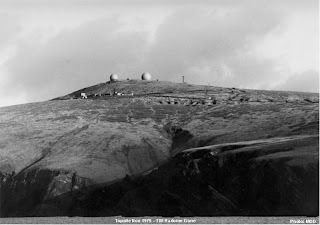