When Units close most historical items end up in central MOD repositories (if they don’t end up in the local skip). The last CO of Saxa Vord had the foresight to arrange for a significant amount of unclassified material to be left on Unst (not only that but he went through  the proper processes to have some material declassified to add to the “archive”). The thought was that a local display could be organised to show these mementoes and that this might act as a small help in encouraging visitors to Unst. The RAF pull-out would have a devastating effect on the local economy and anything which would help the tourist industry would be a welcome bonus.

For various reasons (lack of money and a suitable venue being the 2 most obvious), nothing happened for 4 years. Recently however, there have been welcome developments.

Some of the items have now been put on display in the old Station Medical Centre. Aaron & Cassie Foord, the owners of Foords Chocolate have set up their business in the old SMC and have undertaken to exhibit a number of items from the base – including the Red Star Board – they have titled their display “Memories of Saxa Vord” 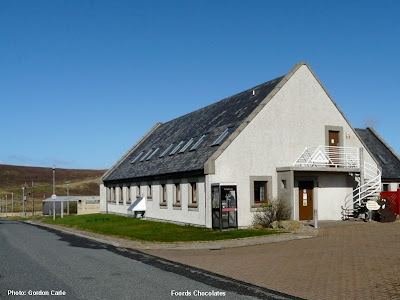 Not only that but they have decided to produce a gallery with pictures of personnel who have served on the camp over the years. They would be pleased to hear from anyone who did a tour at Saxa and would like to have their photo added to the display:
The display will be opened officially in the next few weeks; however, the items are already on view to visitors.  I was on Unst last week and had a look around at the exhibits and can strongly recommend it as a place to call at for those visiting Shetland, especially as entry is free! (I must add that I have no financial interest in Foords Chocolates).

I have attached a few pictures of the displays as they were last week. (Left click on pictures to enlarge). 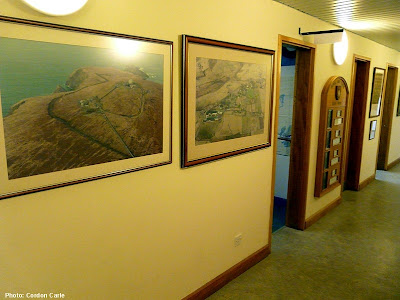 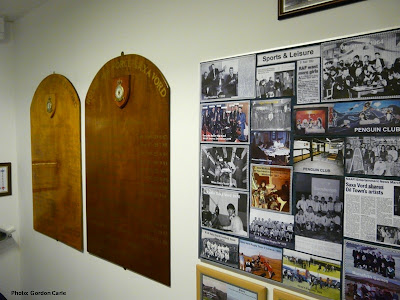 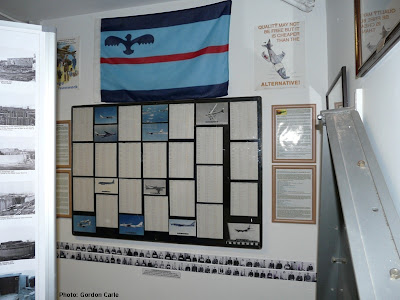 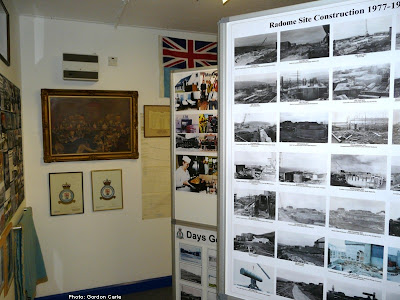 
The rest of the material has been taken to the Unst Heritage Centre (in the old ) but is not available to the public yet. In the future it is hoped to mount periodic displays there. 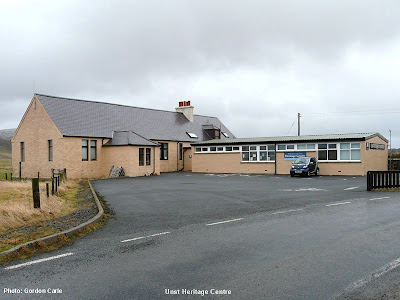