Ray Foster-Westgarth and the RUT 1979

Ray Foster-Westgarth was at Saxa from Feb 1978 to Aug 1979.  As an Air Defence Operator he started his tour in the old Ops Block, the R10, and would have moved to the new hardened Ops Block, the R101, when it opened in the summer of 1979.

As a "scopie" he was required to work shifts and was a member of D Watch. His Watch Commander was Fg Officer Brian Gregson, who returned for a second tour on the Unit in 1989 as the Station Commander. The SNCO i/c the Watch was Sgt Harry Baker. Ray seemed to have made good use of his off duty time and saw much of Unst, a few of his pictures follow: 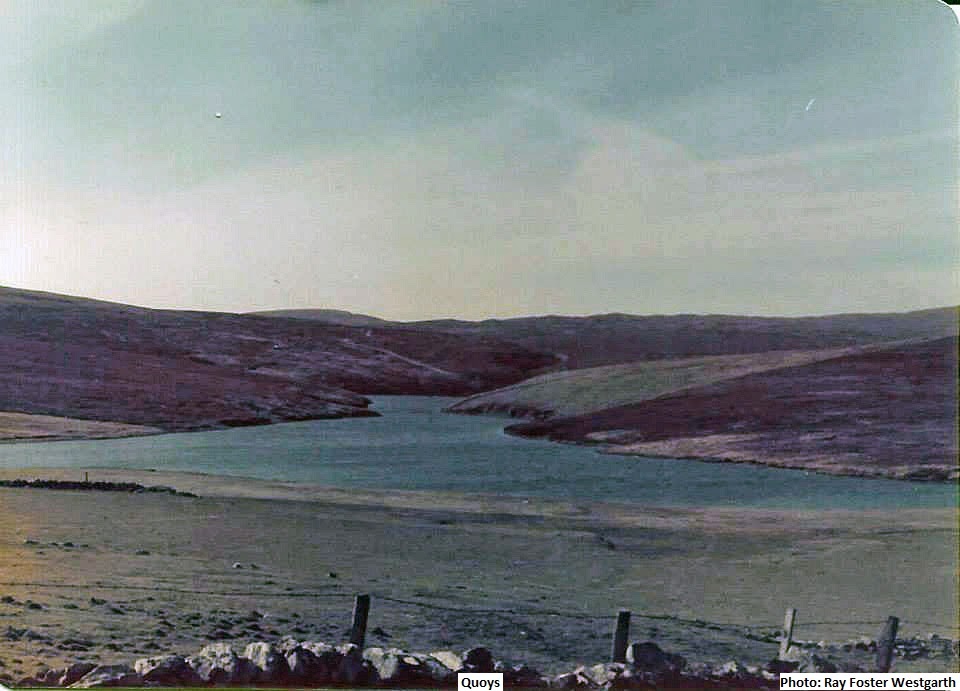 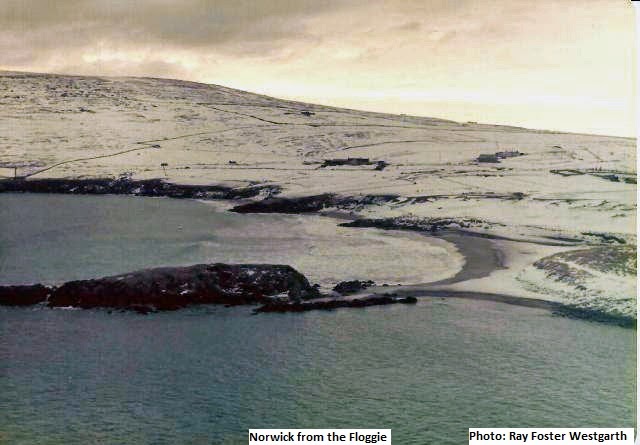 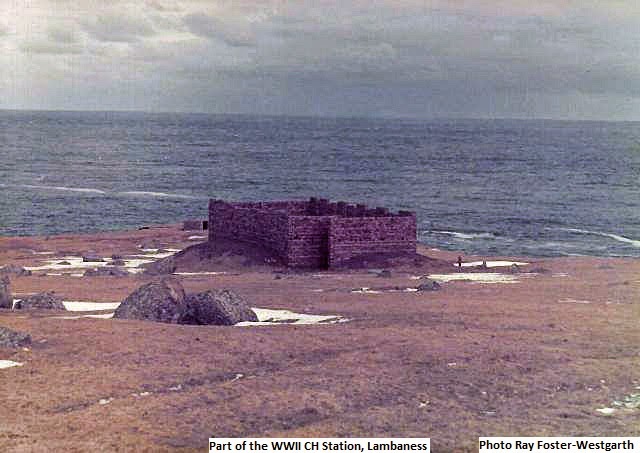 Sgt Harry Baker used to encourage off duty watch activities such as fishing, squash and walking. It was during one of these walks that the idea evolved for the Round Unst Trek, or RUT, as it soon became known. Unfortunately Harry was posted before the event took place.  The first RUT was scheduled for the weekend of the 2nd & 3rd June 1979. Since 1976 the Ops & Tech Sites had been the scene of much activity whilst new radars and buildings were installed. The weekend of the RUT coincided with the move from the old Ops Block (the R10) to the new Ops Block (the R101) - in my opinion a good time for a long walk! The idea of the RUT was simply to walk around the coastline of Unst over two days, visiting a number of checkpoints and returning to base in the shortest time possible. From a distance Unst may seem a small place but I can vouch for the fact that you would need to be fit to complete the trek as the distances to be covered are considerable and the terrain pretty rugged in places. The checkpoints which were to be visited are marked on this Flash Earth image: 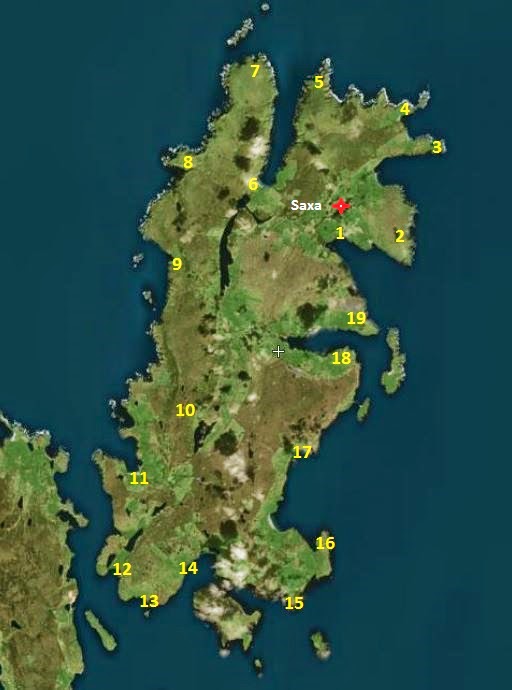 In his own words Rays attempts at gaining sponsorship the night before the start of the Trek could have provided  a better preparation for the event " I was not in the best state of health, I had not really picked up much sponsorship so had to go to the Viking Club as it was disco night to persuade many drunks to sponsor me, found it safer to take the money up front which was the best decision. But unfortunately Finlay Mouat was on the bar and these red and blue roses kept appearing in my hand ..." 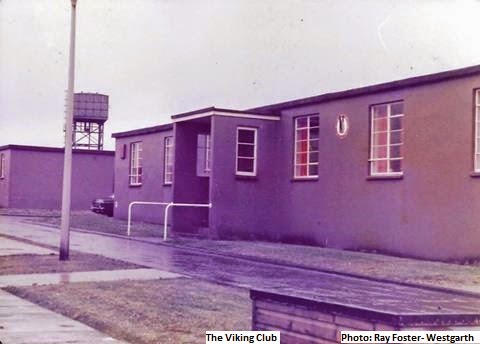 Early the next morning the teams started assembling outside the Ice Cap: 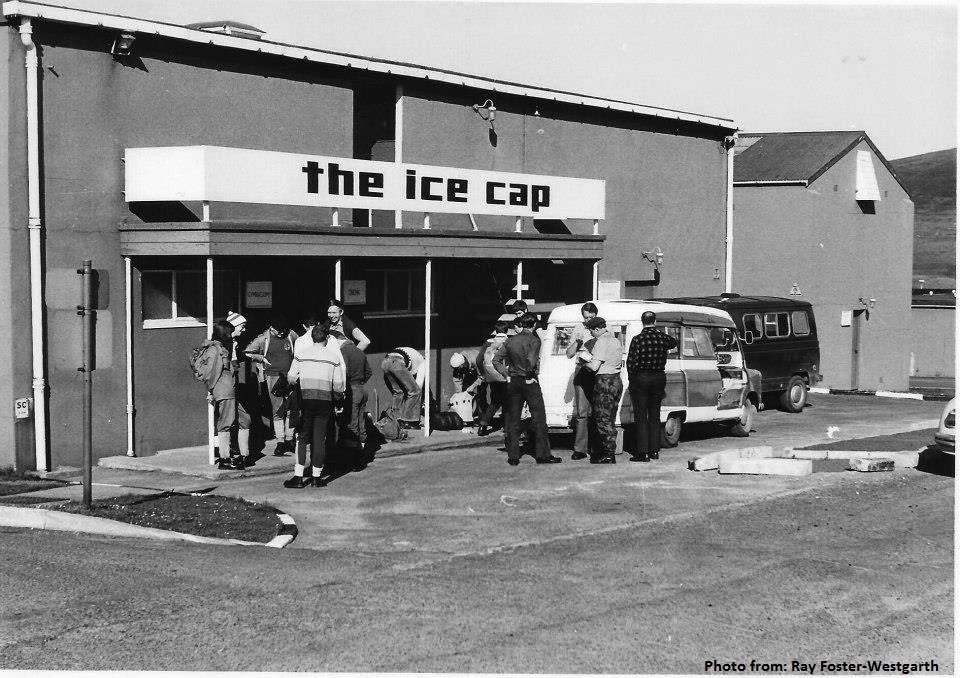 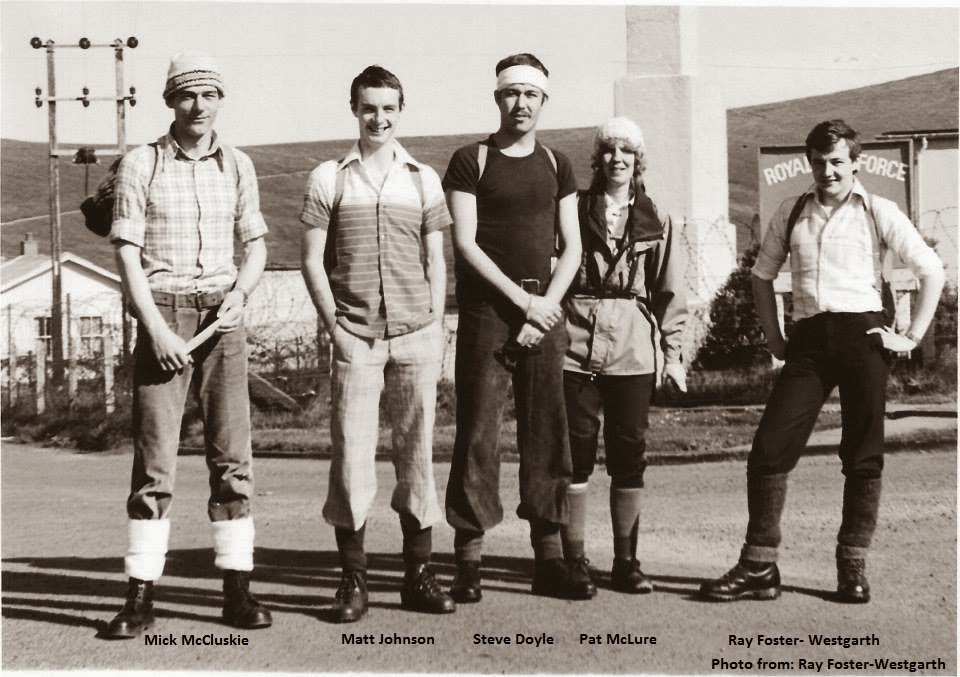 The teams set off at intervals and Rays were the first to leave on a nice sunny morning. By the time they reached Lambaness everyone still seemed happy:
﻿ 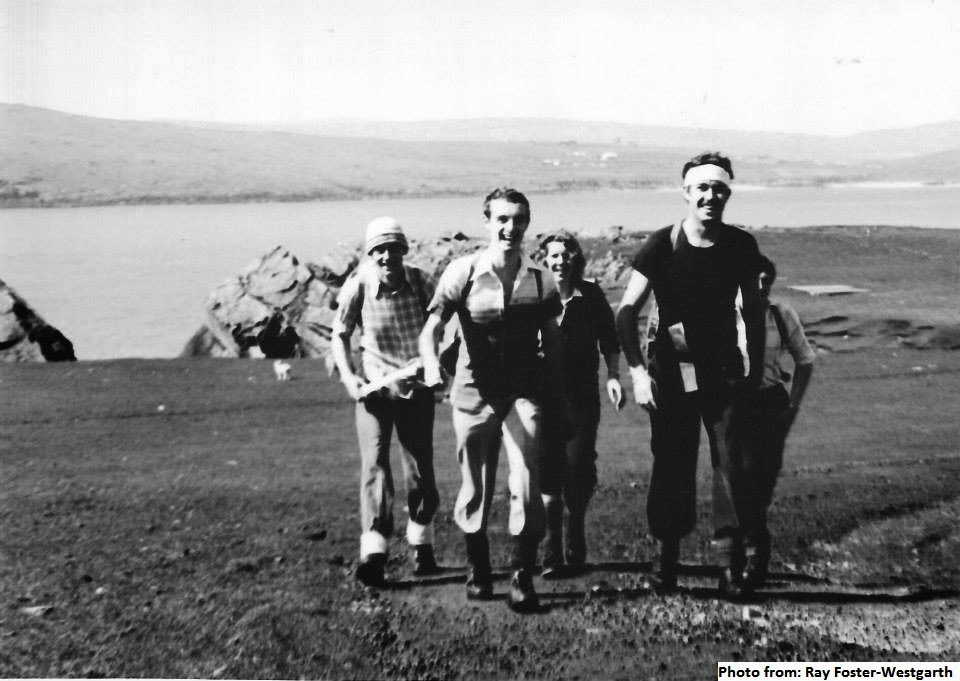 After a while the seriousness of the undertaking appears to have been realised. 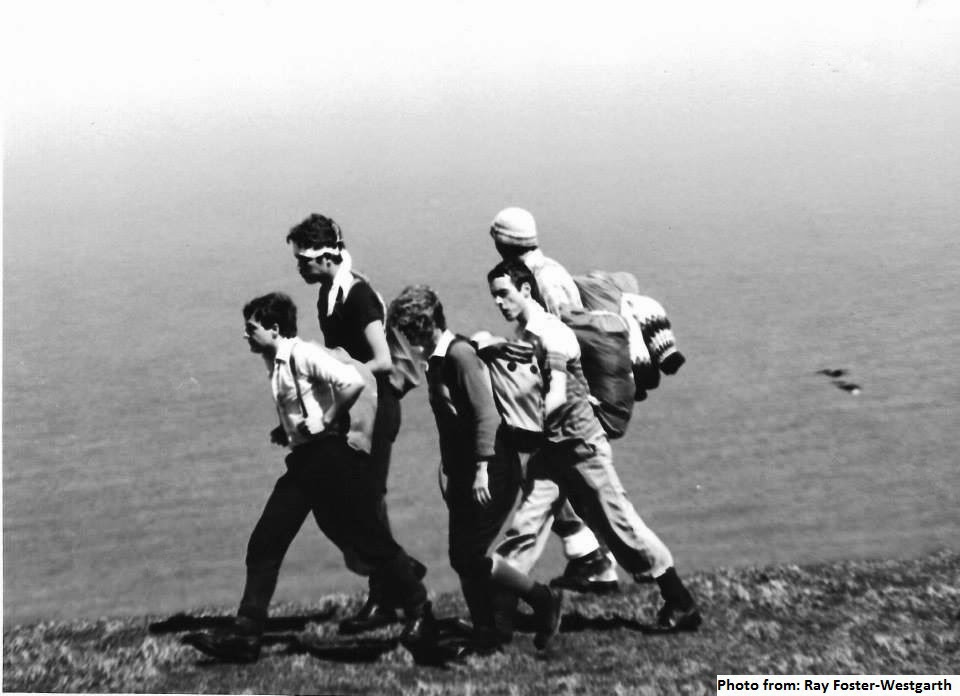 The further they went the harder it became; once again in Rays words. "The scarves around the necks were for the wind and sun burn, shocked that I actually got sun burn whilst on Unst. Feet were certainly sore. I had huge blisters on my heel that I had to have drained the following day by the medics. Very useful that for the next few weeks after we had moved into the R101  the OC had decided that, as the floor was all white floor tiles, we had to wear white plimsolls" 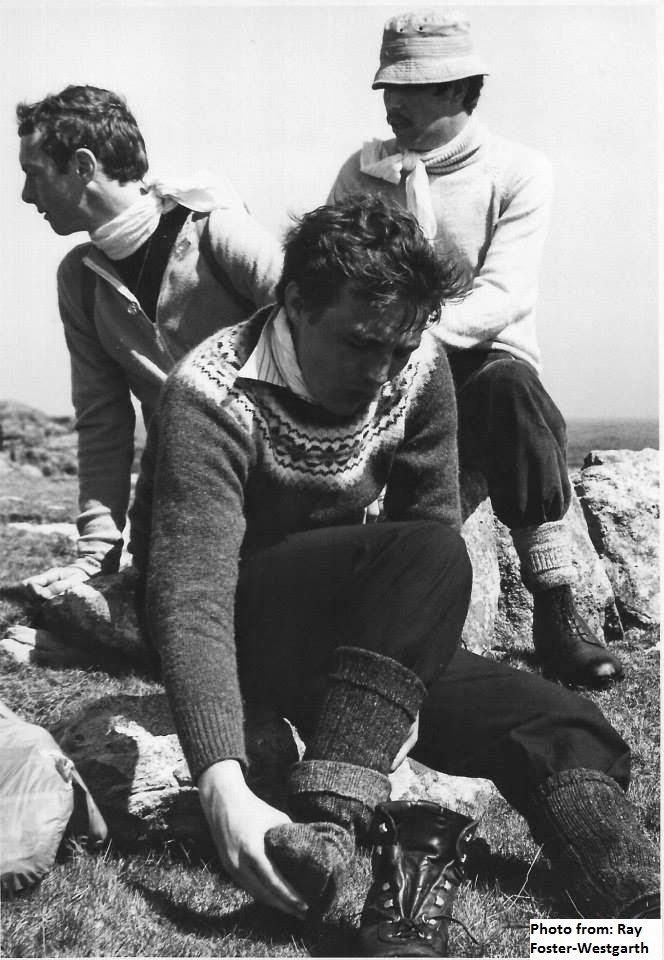 The second day was cooler and wetter leading to the need for waterproof jackets and Shetland sweaters: 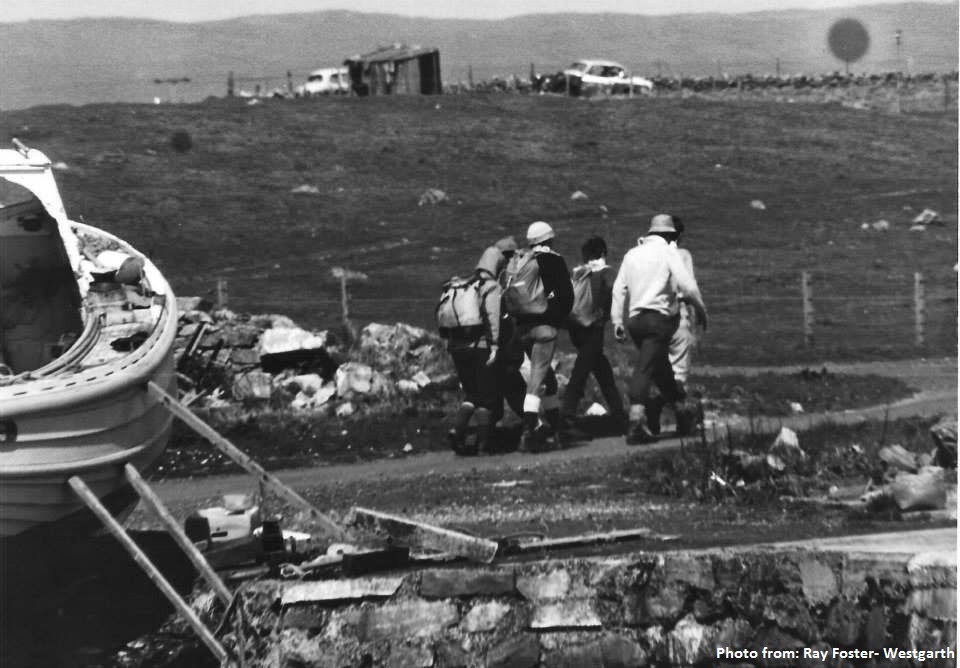 Finally, after 2 days of walking, they reached the finish line. There, holding the tape, was their watch commander Brian Gregson and his wife Lynne; 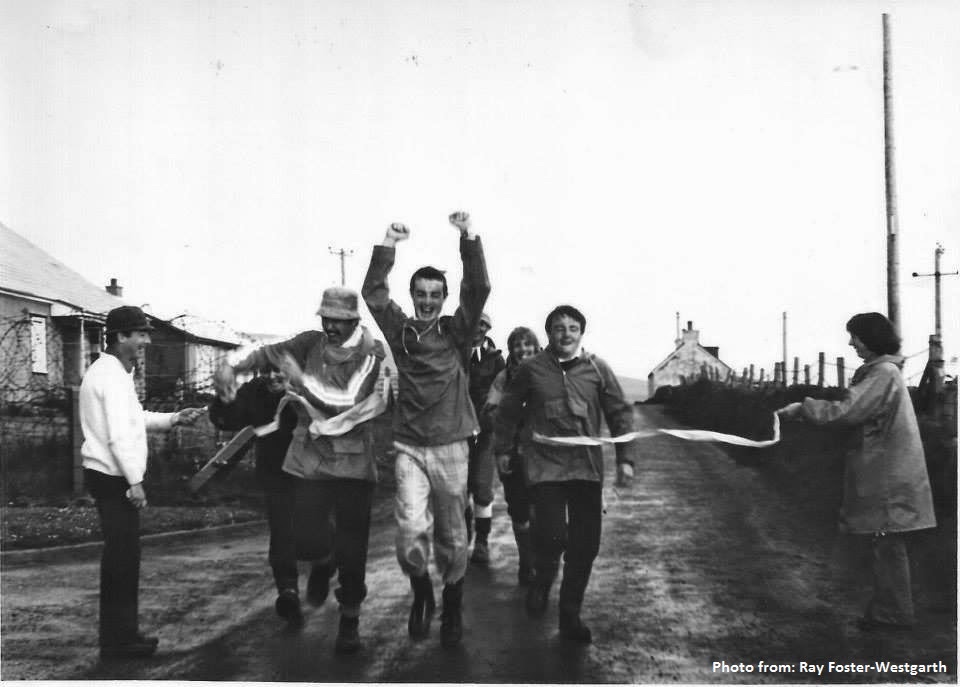 Soon after completing the Trek they heard that they were the winning team. According to Ray:- "We were the winning team - we found out later when all the teams completed as we had achieved the best times, (still got the small trophy to prove it). The guy on the right I forget his name, he was an Air Traffic Controller from Shetland radar who chose to go for a walk that day and joined us. Next stop the Penguin Club, don't remember leaving it though .... 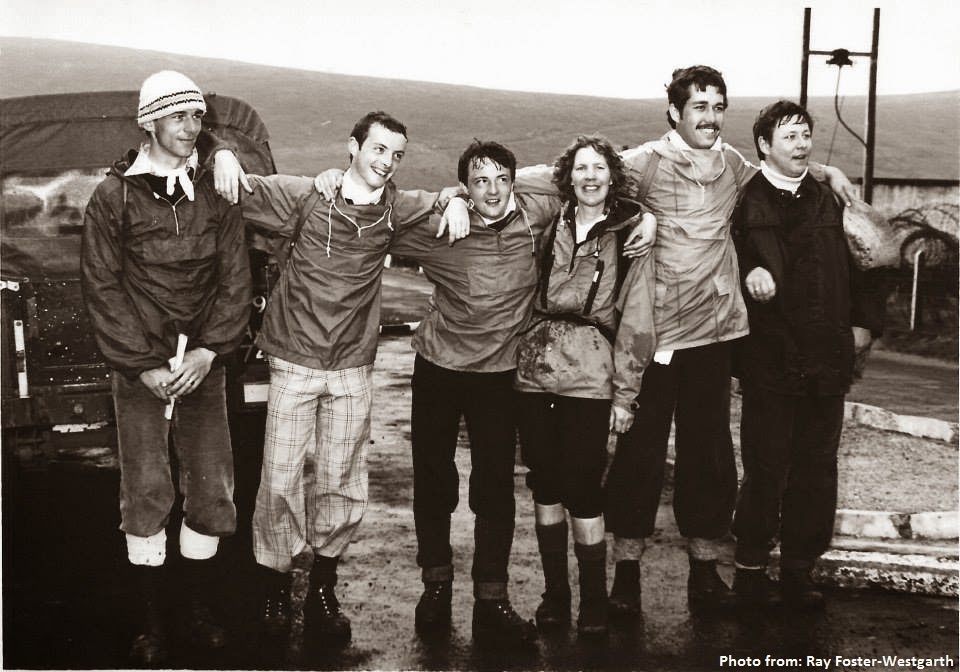 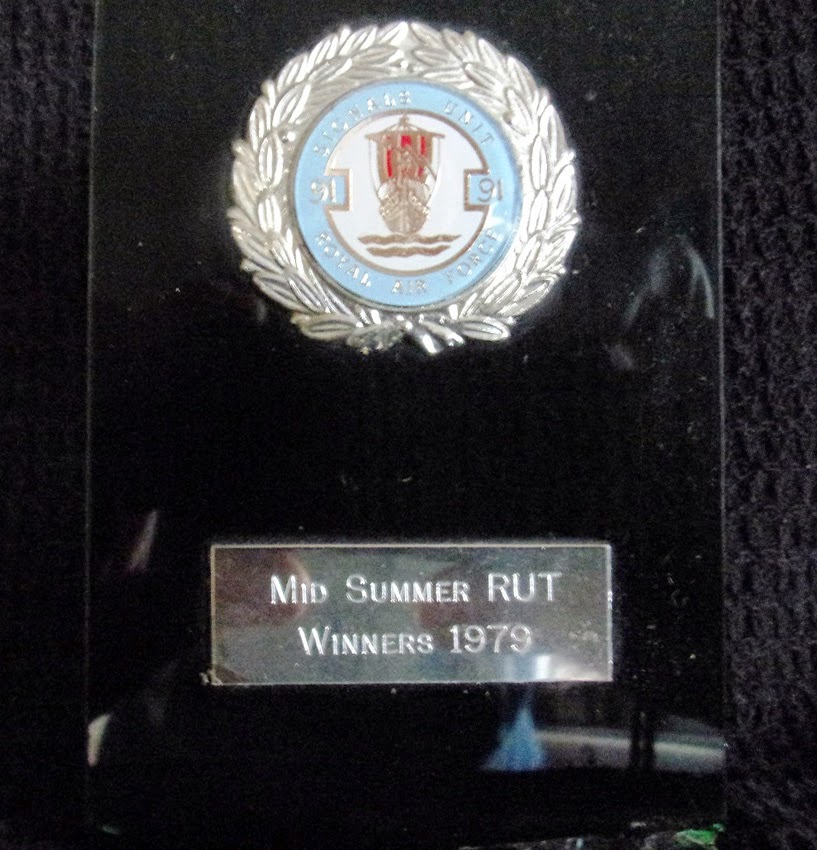 My thanks to Ray for allowing me to use his memories and photos.
CONTENTS LIST
http://ahistoryofrafsaxavord.blogspot.co.uk/2012/03/contents-list.html