Saxa (as 91 SU) became operational in Oct 57 and very soon thereafter planning for the first Children’s Christmas Party began. Ninety-two children attended the party in December and this was just the first of many. In the early 60’s it was decided that it would be better to have 2 parties, splitting the children into different age groups. The parties proved to be extremely popular - for around 40 yrs somewhere between 70 and 110 children attended the annual festivities each year. At the beginning most of the children were from local families but, as the number of married service personnel increased and quarters were built, the percentage of Service children attending increased.

The parties were arranged by a number of different sections, clubs and organisations. The Catering Section, Corporals; Club, Airmens’ Social Club, Sergeants' Mess and Wives' Club were amongst those helping out. The RAOB was even involved with at least one party.

The 1962 Children’s party was mentioned in the Shetland News: 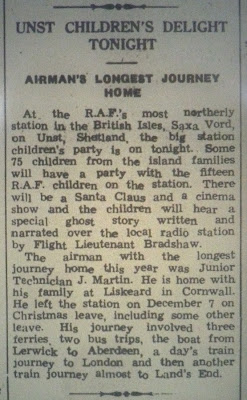 The Invitation and photo below relate to the party in Dec 1963: 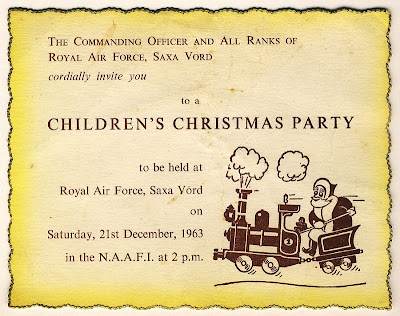 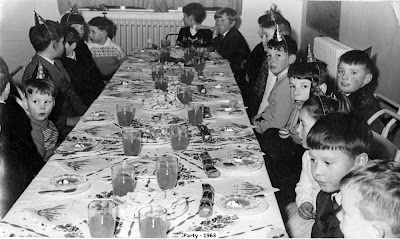 ﻿
The 1964 party was covered in a short article which appeared in the Shetland Times of 18 Dec 64, which is copied below:

﻿The event in 1965 was also mentioned in the Shetland Times: 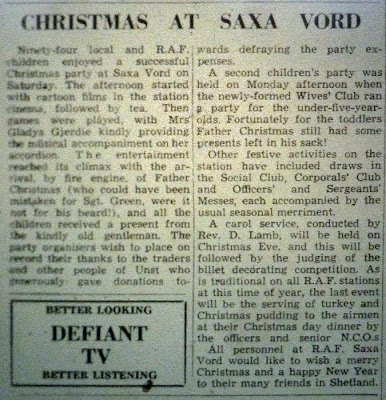 ﻿I’m not sure when the first “Senior Citizens” Christmas Party was – the first record I have is the early 70’s. In those days it was the OAPs or Pensioners Party - most people wouldn’t have had a clue what qualifications were needed to become a “Senior Citizen”. These parties became very popular and, unlike the Children's Parties, a small amount of alcohol was sampled. In fact I’ve heard stories about families being slightly hacked off when Dad or Granddad was returned to them slightly the worse for wear – but it was Christmas!

The next two pictures are of Pensioners Parties in the 70’s: 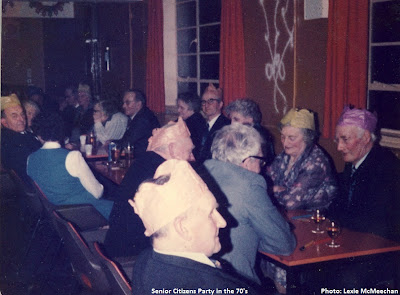 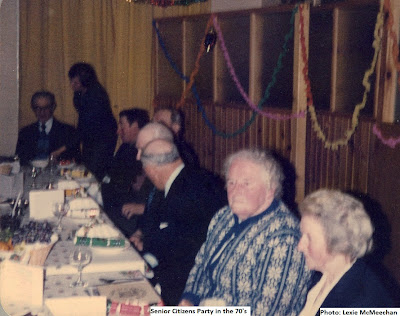 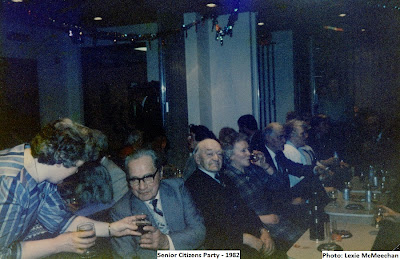 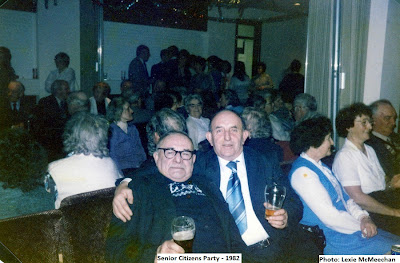 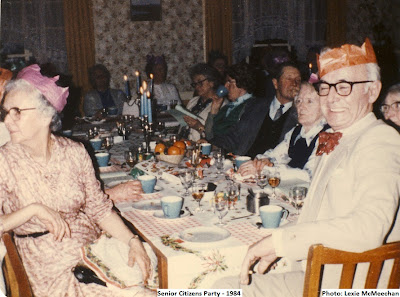 These events were frequently reported in the Shetland times: 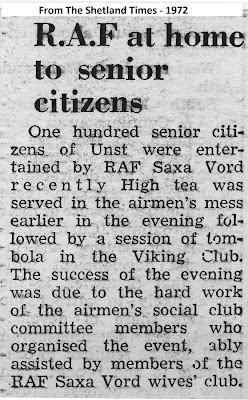 The popularity of these events was evident. Every year there were plenty of children and senior citizens looking forward to them and more than happy to attend. On a number of occasions letters of appreciation were received by the Unit or published in the Shetland Times. An example from the Shetland Times in 1982 is reproduced in the final picture below:﻿ 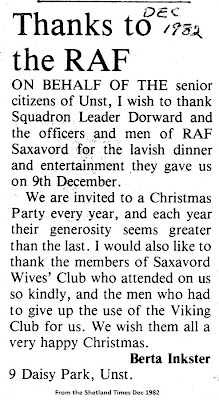 Children’s parties continued for many years after that but I believe that eventually the invitations to local children had to cease due to the increasing number of married RAF couples with children – the logistics just became too complicated and it was found too difficult to cater for the numbers involved.