Saxa and the South Atlantic Medal

The South Atlantic Medal was awarded to personnel who were sent to the South Atlantic during the Falklands conflict in 1982. Unusually for a medal it came in 2 versions, one with and one without a rosette. The basic medal was awarded to those who completed at least 30 days in the South Atlantic on active service before the end of hostilities with Argentina. To be awarded the medal with the rosette personnel needed to have completed at least one days active service between 35 and 60 degrees south of the equator or, in the case of RAF aircrew, one operational sortie south of Ascension. 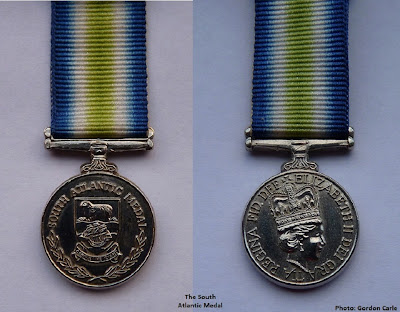 I am aware of 5 people at Saxa Vord who were presented with the Medal during their tours. There may well be more and I would be pleased to add them to this section if details are sent to me. There appears to have been 2 award ceremonies; the first by AVM Ken Hayr in 1983 and a second, by Air Cdre Stuart-Paul, in 1984.


Presentations by AVM Hayr 1983  Two people were presented with their medals by the AOC 11 Gp. 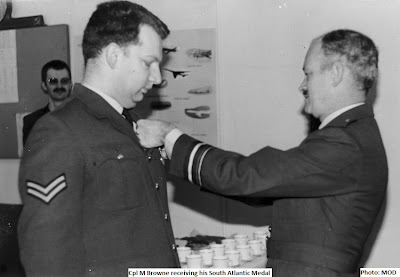 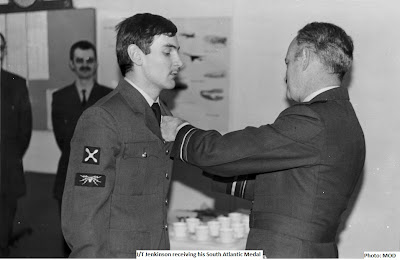 Cpl Browne completed a number of tours at Saxa and still lives in Shetland today. J/T Jenkinson can be seen on Ascension in this photo taken on Green Mountain (back row 4th from left), in front of an S259 radar. 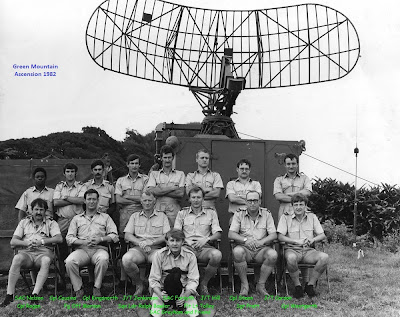 Presentations by Air Cdre Stuart-Paul 1984  There were 3 recipients of the medal on this occasion. The second picture is a clip from the first, used in the Shetland Times. Those awarded the Medal are, from left to right, Cpl RW Jackson, SAC LJ Milne and Cpl JB Cufflin. 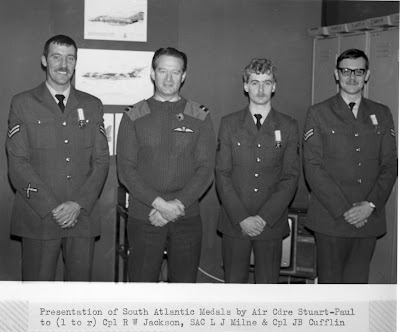 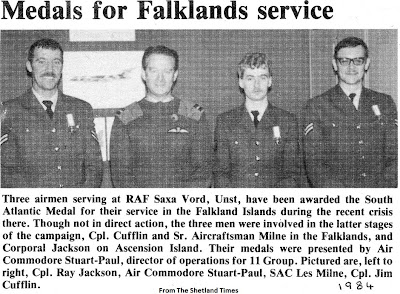