The Type 13 was designed during WWII and was introduced into service just before the end of the war. When RAF Saxa Vord was being planned it was envisaged that there would be up to 3 Type 13 Heightfinders and 3 separate sites were actually constructed to mount these radars. In the event only one Type 13 was installed.
It had a limited range compared to the Type 80 and was unable to operate in high winds but it was it was to be the only Height Finder for more than 20 years of Saxas operations. The Type 13 at Saxa was never to get a radome which made its wind limitations a frequent problem. The RAF must have purchased significant numbers of the various versions of this radar so that, unlike with some of the other radar equipment, spares seemed to be available fairly quickly. This was fortuitous as the Type 13 was damaged quite often by the elements.

The first 4 photos show the Type 13 as I like to remember it (working). Left click on pictures to enlarge. 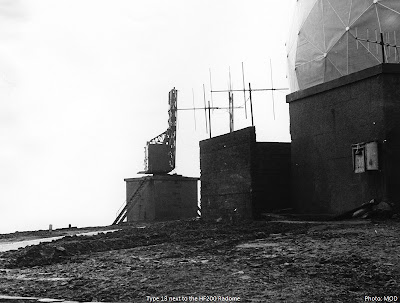 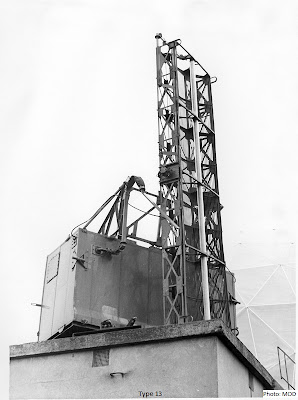 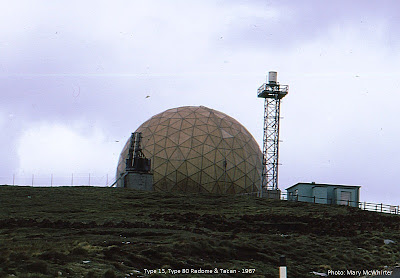 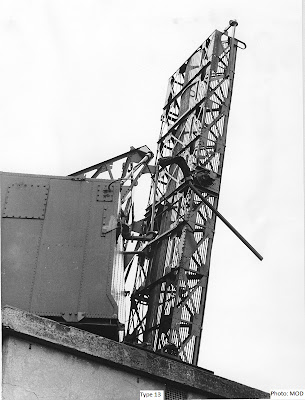 In the pictures below I have included 2 photos of the exterior of the building which was used as the Type 13 Workshop and 3 photos showing the interior in the days after the Type 13 had been dismantled. These pictures were taken in 1983/84 when the building was being shared by the Coastguard and the Civilian Aviation Authority. I have included these pictures because the building may have more significance than most of the Type 13 operators and engineers realise. The building was probably built in 1941 as a blockhouse for the CHL (Chain Home Low) Radar site which was located at Saxa during WWII (thanks to Bob Jenner for this information). 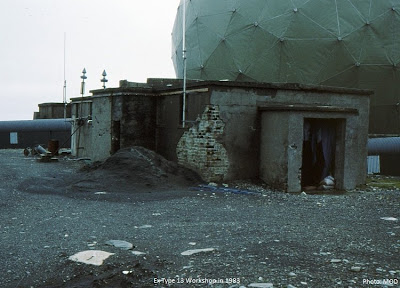 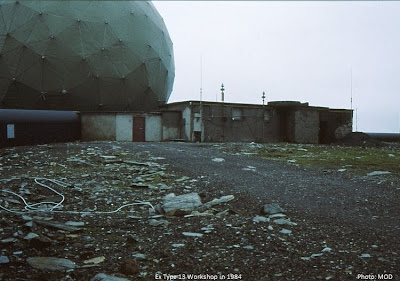 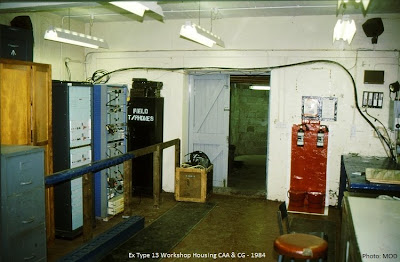 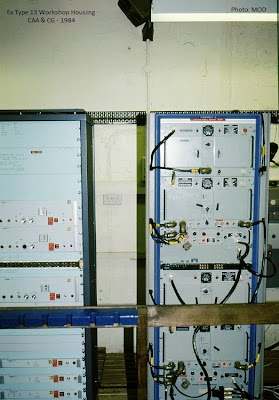 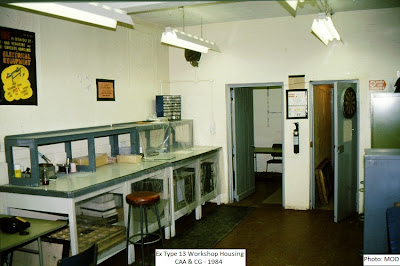 The final photos show the Type 13 at the end of its operational life just before decommissioning. These pictures were taken just after the radar was damaged by high winds on on 16 Sep 78. 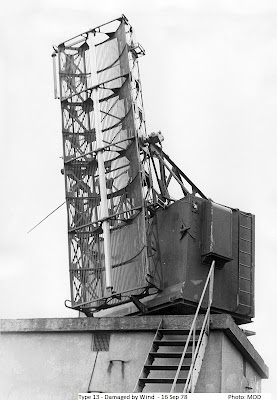 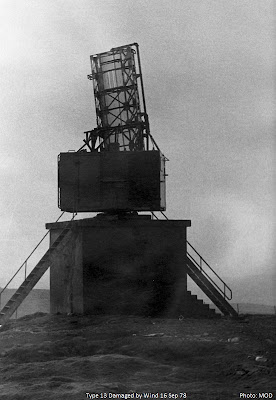 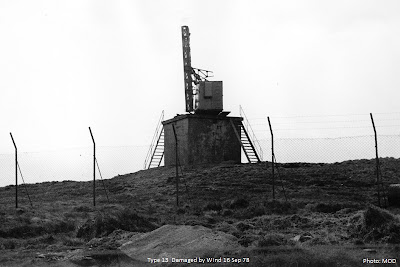 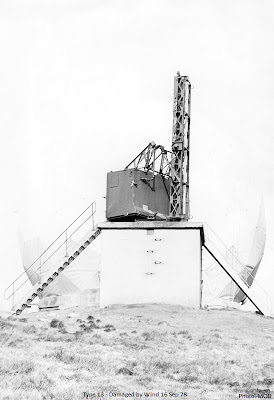