Whilst many servicemen from Saxa attended dances in the local halls it was a two way traffic. Many entertainment events were held on camp and attended by both servicemen and civilians. For much of the time Saxa was open there was at least one camp band on the go.

As far as I’m aware the first of these bands to make a big name for itself off camp was a group called the Hustlers. The Hustlers consisted of four airmen – Dave Joseph, Geordie Henderson, Bill Borthwick and Jim Barber. They were playing in Shetland in the 1962 to 64 era and covered much of the contemporary hit parade material, especially Shadows tunes.  Apart from their gigs on base they played in the Unst Halls and were a fairly regular feature in the in Mounthooly Street, Lerwick. How they managed the logistics of round trips to Lerwick in the days of the Earl and the old overland is beyond me. They were very popular and there are people in Shetland who remember them today

Harry Cairns, an officer on camp, was nominally their Manager (more a point of  contact)  and he still visits Shetland on a regular basis. Attempts were made to keep the group together when they were due for posting but the RAF was not particularly sympathetic; but, eventually perseverance paid off and they were all posted to RAF Boulmer in Nothumberland

The newspaper article below is from the Shetland Times and the 2 photos are by Dennis Coutts. (Left click on pictures to enlarge). 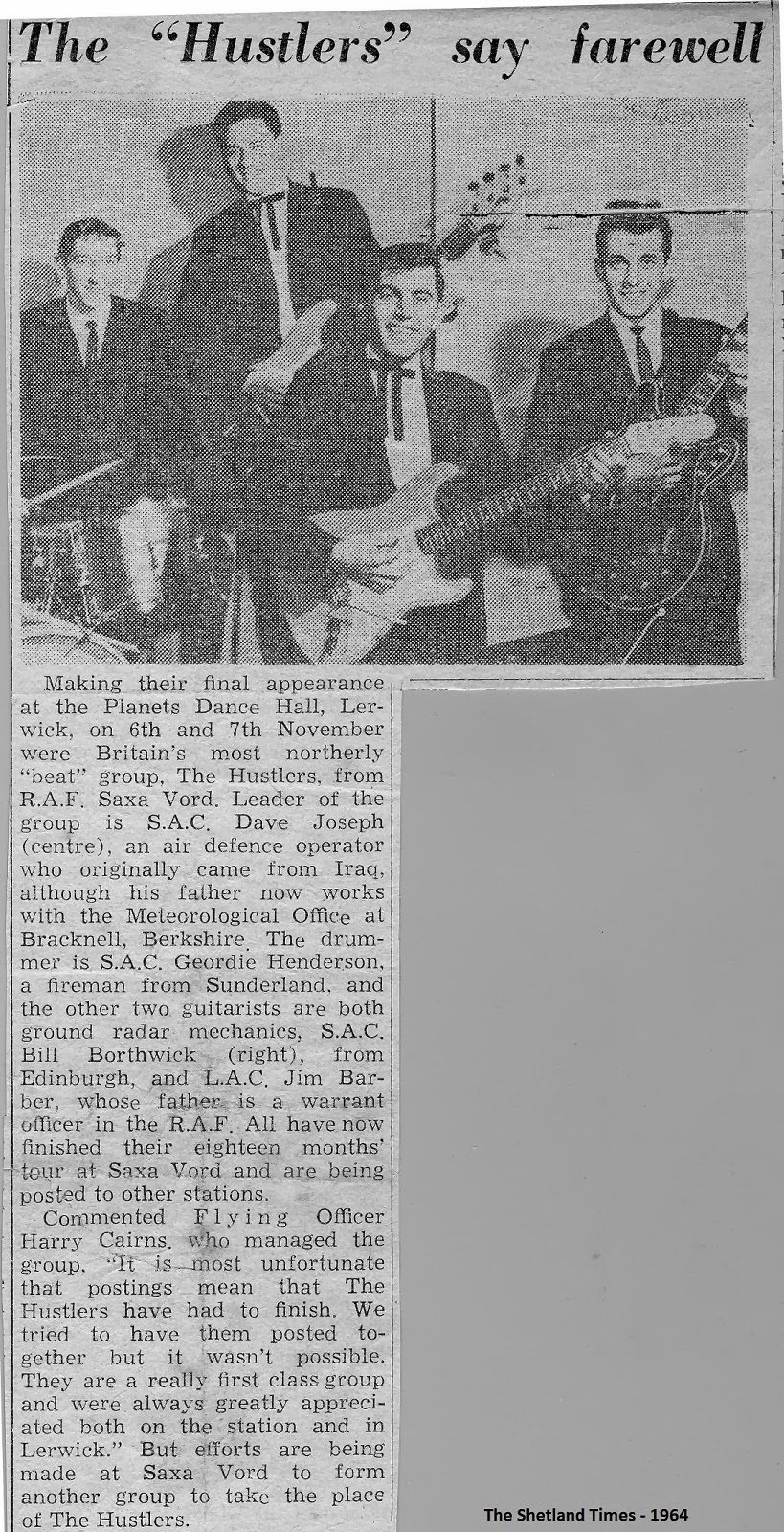 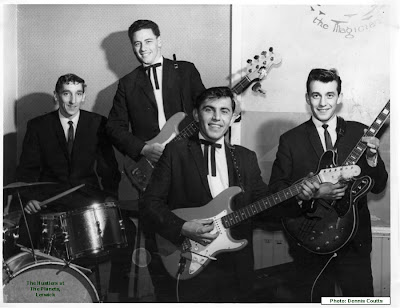 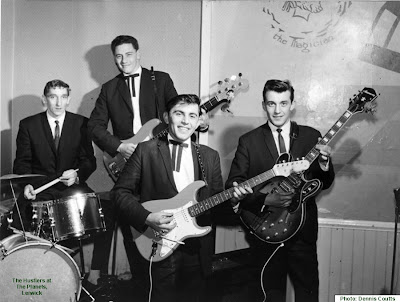 Another photo, showing 3 of the Hustlers playing in the Officers Mess in 1964, was sent to me recently , the drummer is out of frame: copy is displayed below: 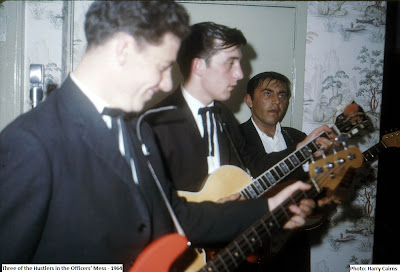