Opening of the Skittle Alley in the Penguin Club - 1970

In late 1970 a Skittle Alley was opened in the Penguin Club. The official opening was performed by the AOC Air Vice Marshal Sir Ivor Broom. The first photo below shows Sir Ivor with the Station Commander Sqn Ldr Melbourne ensuring that the AOC didn’t cheat by overstepping the line!
Throughout the history of Saxa any event which was out of the ordinary was an excuse for a party and I am grateful to Andy Parkinson for the second photo which shows the celebrations following the opening ceremony. 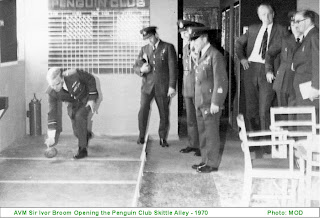 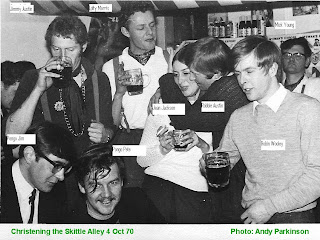 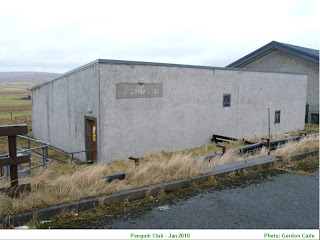 Footnote: Sir Ivor Broom
1. Sir Ivor began flying training in the RAF in 1940 and qualified as a sergeant pilot later that year. He had a distinguished wartime career flying Blenheims and became particularly respected for the time he spent flying Mosquitoes.

2. After the war he flew many significant RAF aircraft including Spitfires, Canberras, Lightnings, Valiants, Gnats and he even learnt to fly helicopters.

4. He was teetotal, didn’t smoke but liked to party. He was a popular boss by all accounts.

5. He was the only RAF Officer to become an International Rugby Referee.

6. He loved visiting RAF Saxa Vord – he came north at every possible opportunity and was probably on Unst more times than any other air ranking officer!


I remember most of the above because he once interviewed me when I applied for a change in my conditions of service. A friend briefed me to get him onto Saxa, Rugby and aircraft types. – it seemed to work !