Unfortunately I have found little in print about Shetland Radar and there seem to be few photos available. I would appreciate it if anyone has material they are prepared to let me use would get in touch. Hugh, ex Shetland Radar, has kindly forwarded the following information and photo of their Ops Room:

"ShetRad Ops Room, after we moved upstairs - not posed at all :)

2 consoles, 1 for back up. Assistant tended to sit at one and the controller sat at the other. 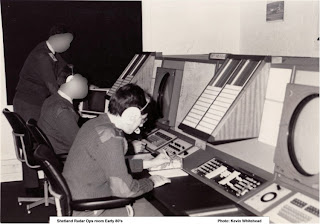 What in essence looks like a Commodore Computer, (the Flt Lt leaning against it... tut tut :p  ) - this is 1985, so this was cutting edge technology, was in fact the machine that we entered all the callsigns into for the squawks to ShetRad to appear on the screen as BA30A, instead of 36XX , the same as Midland Radar - now long defunct
its over 25 years ago since i served there, and i can still tell you the callsigns and where they went - BA30A was to the Magnus field

Info was passed by Sumburgh to Shetrad and would be entered on the flight strips - very busy in the morning, then very quiet in the afternoon, till the evening when traffic was very sparse. As we were a Military operation, doing a Civilian job, we had to compile the stats in the morning, and they were sent off. The Companies got charged for using our services, so not to infrequently the AATC would be left trawling through 100's of flight strips looking to see if we had provided a service to an aircraft."

The following photos and clippings have come from various sources. (Left click on pictures to enlarge):- 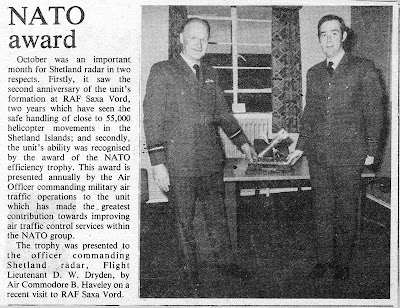 I am not sure where the cutting above originated but there appears to have been a  mix-up in the drafting of the story.  The Air Commodore in the photograph is wrongly described in the article as Air Commodore Haveley. It is in fact Air Cdre Brian Huxley.
The cutting below is from the Shetland Times 11 Jan 1980 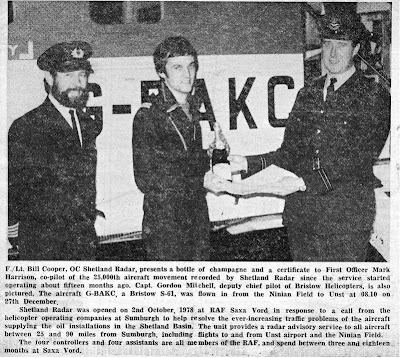 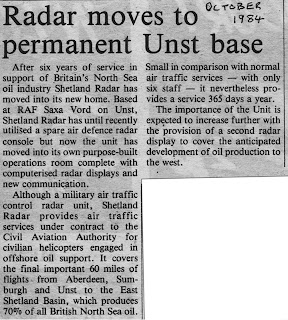 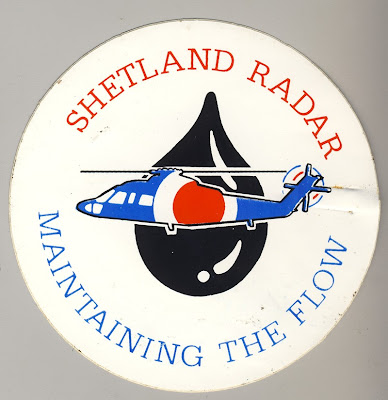 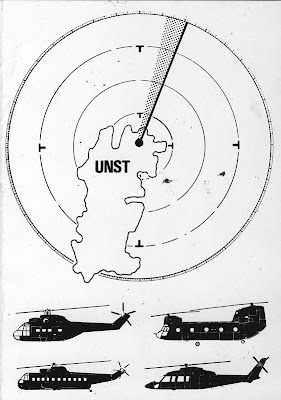 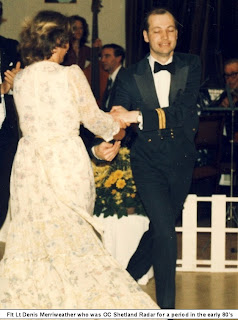