With the planned closure of RAF Buchan it was decided to grant Saxa Vord the status of an independent station again after 3 years as RRH Saxa Vord – Remote Radar Head – in effect a detachment parented by RAF Buchan. The changeover was to be recognised by a ceremony to be attended by the Air Officer Scotland and Northern Island (AOSNI) and a flypast by a Nimrod. The formal proceedings were to be followed by suitable festivities. The planned activities for the day are laid out in the 2 page letter below. (Left click on pictures to enlarge) 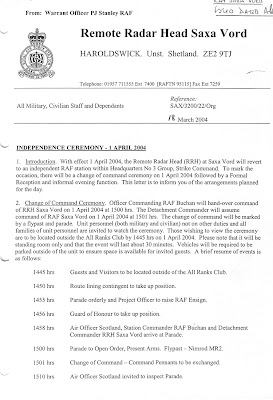 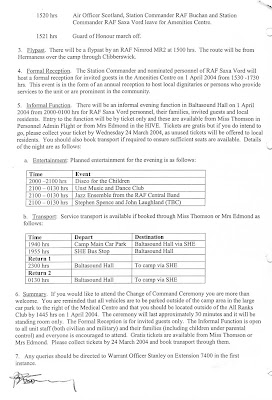 The significance of the event was recognised in advance in the local press. The articles below are from the Shetland Times and the Shetland News. 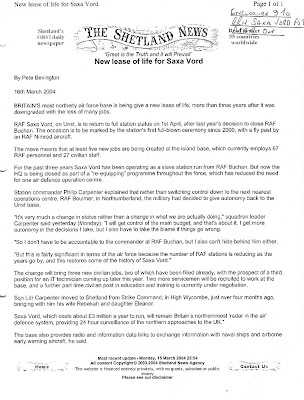 The next 2 articles, from the Shetland News and the RAF News, report on the events of 1 April. 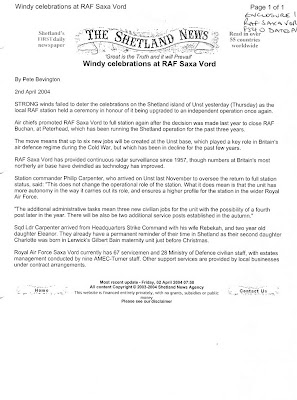 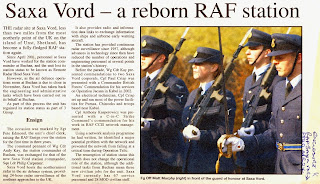 The final picture is of a page from the Unit F540 (The official Station History), which has since been declassified. As is not unusual bad weather and unserviceability caused one or two changes to the programme but I’m sure that they had little effect on the festivities. 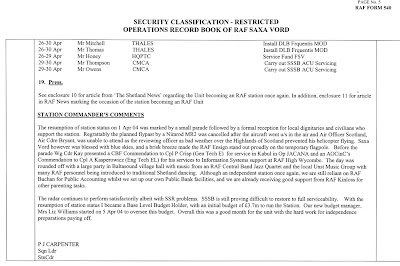