It was logical that senior visitors tended to schedule their visits to Saxa Vord during the summer months. The simmer dim and the reduced chances of travel disruption were obviously attractive. However, from the point of view of those posted to Saxa, it sometimes caused a little resentment – those who were making decisions about the conditions on base usually missed the extreme bad weather and frequent difficulties of travelling to and from Unst experienced by mere mortals.

Occasionally the unpredictable elements intervened. When the Queen and Prince Philip visited in August 1960 it was a wet and windy day. Again, when Prince Philip came to open the new Quarters at SHE in May 1995 the weather was pretty miserable.

In the spring and early summer of 1979 the camp was subjected to its usual clean-up and paint job prior to the expected AOC’s inspection, scheduled for the 6th June. Plenty of parade rehearsals took place and, just before the planned event, part of the RAF Kinloss Pipe Band arrived. Then nature took a hand – fortunately or unfortunately (dependent upon one’s perspective), bad weather intervened and the Inspection was cancelled at short notice.

The CO, Sqn Ldr Peter Batchelor, decided to inspect the Guard of Honour himself. Then, I expect, everyone headed for the nearest bar. The photos below show the CO carrying out the Inspection, the CO outside the Officers’ Mess being entertained by the RAF Kinloss Pipe Band (I’m sure that’s a fruit juice Sqn Ldr Batchelor is drinking!) and the last shows the award of a commendation which I presume would have been done by the AOC if he had arrived. (Left click on pictures to enlarge). 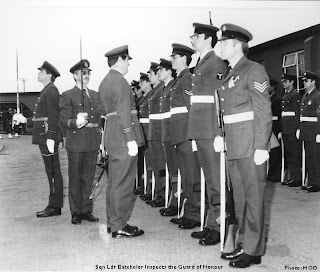 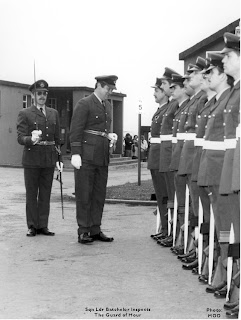 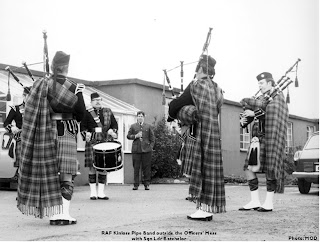 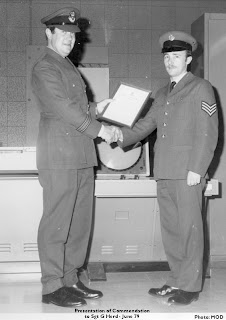