In 1960 the number of servicemen at Saxa was about 160 (13 Officers. 4 SNCOs, 19 Cpls and over 120 airmen). Most of them were single and  a number of those with families were unaccompanied. A significant number of National Servicemen were still included in the complement. Just 4 months previously there had been a vist to the station by the Queen and Prince Philip. By Christmas some of the RAF personnel would have gone on leave but the majority would have remained on base.

Childrens Parties. As usual there were Christmas Parties for the local children - a tradition which started when the station opened and which continued throughout most of the stations life. There were normally 2 parties with the children separated in different age groups. In 1960 a total of about 100 local children attended the parties.

First Ever Panto on Unst. In 1960 the Unit presented the first ever pantomime to be held on Unst and, according to the press at the time, it was only the second in the whole of Shetland. The production was of a slightly Norse variation of Cinderella with, judging from the programme, a little influence from the Goon Show. I am grateful to David Goodall (Saxa 1959 to 61) for the pictures of the Pantomime Programme below. I find it interesting that there were a number of local folk included in the cast and amongst the helpers. (Left click on pictures to enlarge). 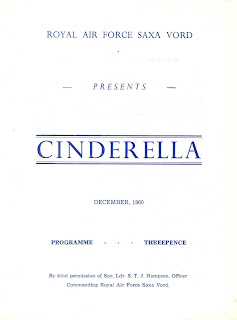 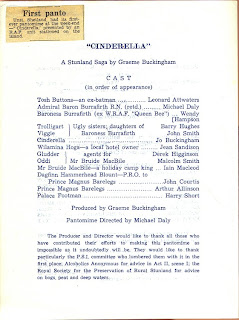 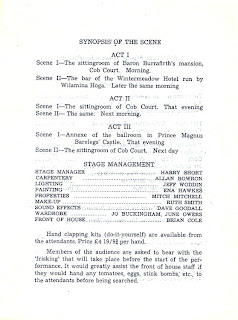 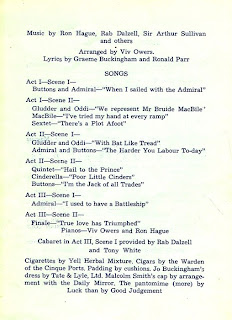 Christmas Meals. It was a long held tradition in the RAF for the Officers & SNCOs to serve the Airmens Christmas Dinner, waiting on the troops. For the latter part of my RAF time this tradition was significantly diluted by the fact that stations went to minimum manning over the festive season. This meant the "Christmas" dinners were usually brought forward to the middle of December and, although the Officers & SNCOs were still involved, the atmosphere was not quite the same. However, in 1960 the old ways were still to the fore and dinner was served by "the Bosses". Once again I would like to thank David Goodall - this time for the Chistmas Days Menus. 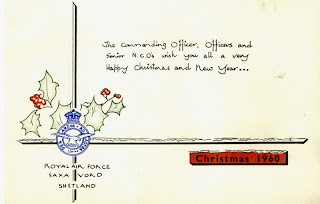 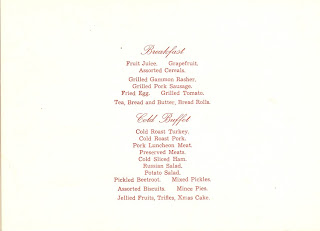 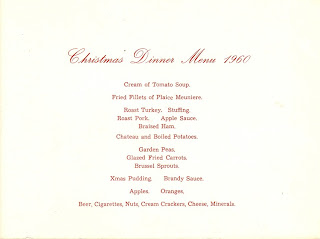