At 14.30 on 16 Sep 57 the first Commanding Officer (designate) of 91 SU arrived on the Unit. He was Squadron Leader Gordon Mackie Millar (Tech Sigs), 53632 – inevitably known as “Dusty” Millar (or Sir by the other ranks!). On 27 Sep 57 the Unit was transferred from Headquarters 90 Signals Group to Fighter Command and Sqn Ldr Millar took formal command, the first of 30 CO’s. (Left click on pictures to enlarge). 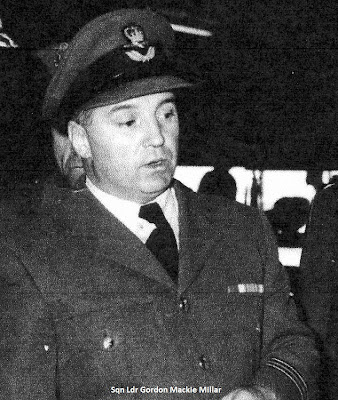 Although some of the equipment was “old hat” – the Types 13 & 14 for example – the Type 80 was state of the art technology. The Official Secrets Act, and the strict enforcement of it, ensured that there were few photos taken on any of the sites. However, the new CO took a number of interesting photos off camp. In the initial months, there was a shortage of spares, supplies and furniture. The NAAFI didn’t arrive until 25 Jan 58 but I’m sure that alternative arrangements were in place for the first 4 months – Unst was “dry” with no alcohol on sale over the counter in any of the local shops (officially anyway!).
Although Fighter Command had taken over the Unit, not all construction work was complete. It was not until 1961 that all the buildings were finished – the Ice Cap and Education Section were late additions. The next photo, taken near the main gate at the Domestic Site by David Goodall (Saxa 59/61), shows the Ice Cap still under construction and, behind it to the left, one of the huts used by the builders. 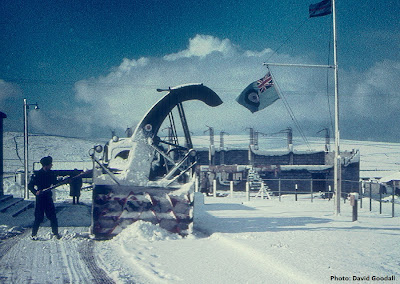 Travelling to and from Unst was even more significant for servicemen in the early years than it was for later arrivals – less frequent sailings and older vessels being the main issues. The first sequence of Sqn Ldr Millar’s photos was taken in transit:
Fg Off CL Green was a Fighter Controller
Flt Lt Bert Thornley was Display Controller (Radar Supervisor), Sqn Ldr RT Williams was on a staff visit and “Dusty” Millar was the CO.
There had been a small RAF element at Saxa from 1955 to ‘57 prior to the handover to Fighter Command. These men, under the command of Flight Lieutenant CA Davidson (a Secretarial Officer), would have been on the island for administrative and technical duties and were not considered to be a “Unit” but, I suppose, were considered a detachment from HQ 90 Group. I have very little information about them but I do know that almost as soon as the Unit became operational Unst began one of its most successful export schemes – eligible females. Three early press cuttings are attached below: 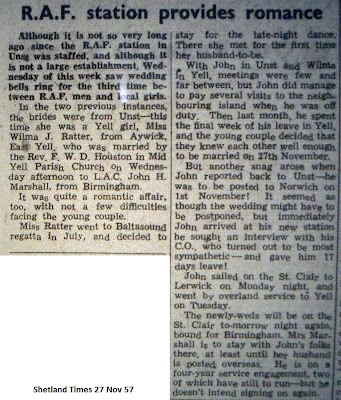 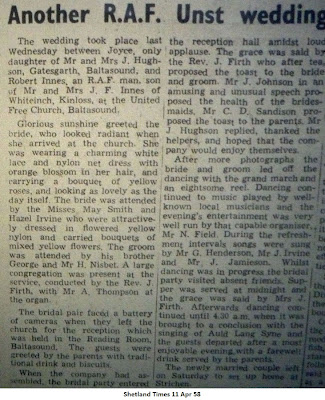 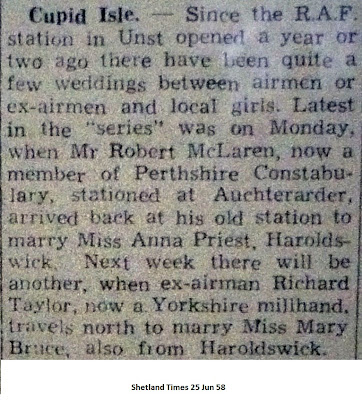 I don’t know about the first 2 weddings above, but Sqn Ldr Millar certainly attended the third one – a photo he took is below:
In the spring of ‘58 the CO attended an auction at a croft called Sandfield,  just to the south-east of Burrafirth, two more of Sqn Ldr Millar’s pictures follow:
A few more of the CO’s pictures are attached below – it looks as if he had reasonable weather during his tour! 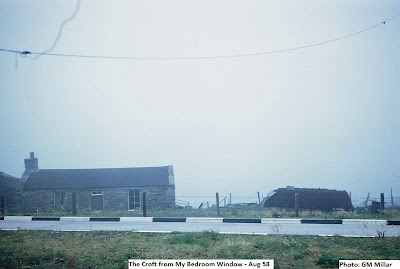 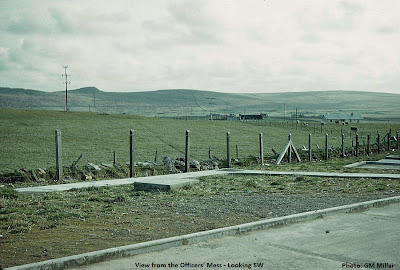 Local Regattas had taken place at Baltasound and Uyeasound for many years, the one at Baltasound celebrated its centenary in 1991. The earliest record I have of RAF crews participating is in the autumn of 1959. However, Sqn Ldr Millar and others were at the Uyeasound Regatta in Aug ’58 – their activities were based at Maundeville, owned by the Neven-Spence family.
The gentleman smoking the pipe in the preceding picture was Sir Basil Neven – Spence (1888 - 1974). He was a landowner, Conservative MP for Orkney and Shetland until 1950 and, at the time of this picture, was the Lord Lieutenant of Shetland.
Another of my outstanding queries (from - http://ahistoryofrafsaxavord.blogspot.co.uk/2010/12/commissioning-of-91-su-sep-1957.html )
can now be answered. The Crest for 91SU was designed by Sqn Ldr Millar, with some help from one of his daughters – Jan – who was at school on the UK Mainland. The Viking ship represents the Norse traditions of the Shetlands and the bolt of lightning/flash, the signals function of the Unit. The motto can be translated as “I give advance warning about danger”. Later in the life of the Unit the wording on the crest changed from 91 Signals Unit to RAF Station Saxa Vord. 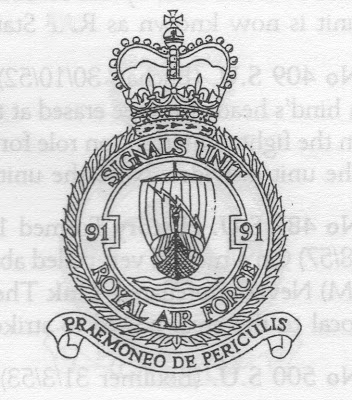 In Dec 1958 Sqn Ldr Millar was posted the HQ Signals Command at Medmenham in Buckinghamshire, he was replaced on Unst by Sqn Ldr John Tocher. The final item in this section is a copy of the handover certificate between the 2 CO’s: 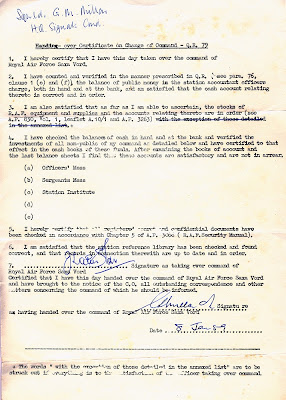 My thanks to Mrs Jan Rates, daughter of Sqn Ldr Gordon Mackie Millar, for allowing me to use her father’s memorabilia.