This will be one of a series of sections on sport. Two sections, one on soccer and another on sailing, are in preparation and will be issued when complete. I suspect I may have to put together supplementary pieces on some of the more popular activities if sufficient material is forthcoming.

As far as I’m aware the last rugby match that featured a Saxa team took place was in 1999 and there was a short piece about that match earlier on the blog:
http://ahistoryofrafsaxavord.blogspot.com/2010/07/last-rugby-match-sep-1999.html
I have added a few labels to some of the pictures below but do not know all the team members (or, in a couple of cases, even the teams!). I have attempted to put the items in a chronological order, with the earliest at the beginning. As I had to estimate dates for some of the pictures/cuttings I may have made mistakes. I know that some individualas went soutth in the later 60's to take part in events at places like Leuchars, but htese competitions were "sevens" or the individuals were reresenting larger formations like Fighter Command. The earliest record of Saxa fielding a full rugby XV I have found  is in 1972. I welcome corrections/additions;
gordon.carle@gmail.com    (Left click on pictures to enlarge)
1972 (approx) 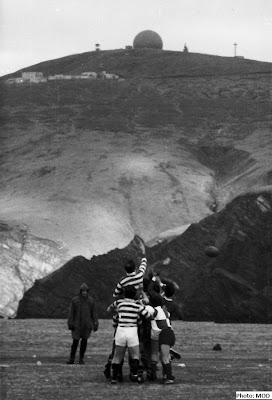 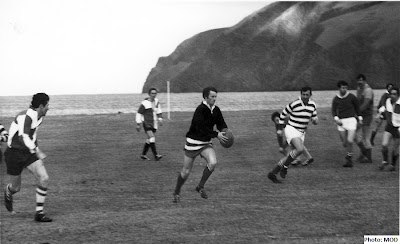 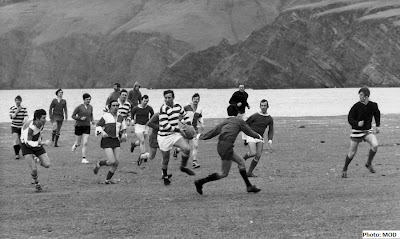 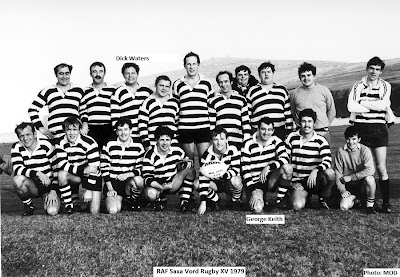 1984﻿
The 2 cuttings below are from thesame article. 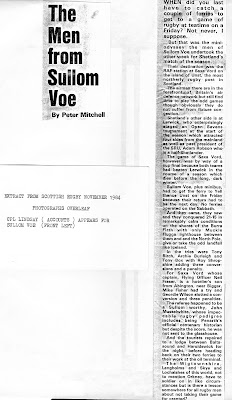 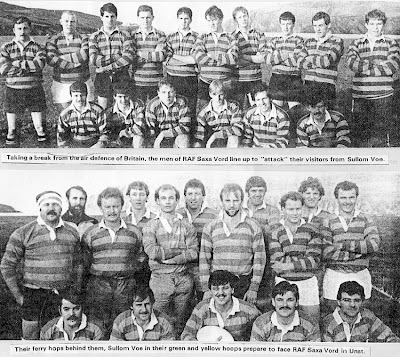 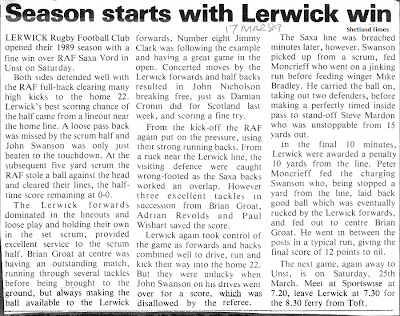 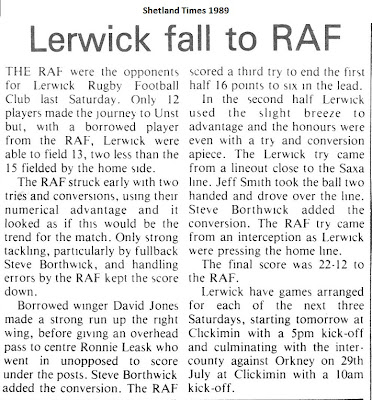 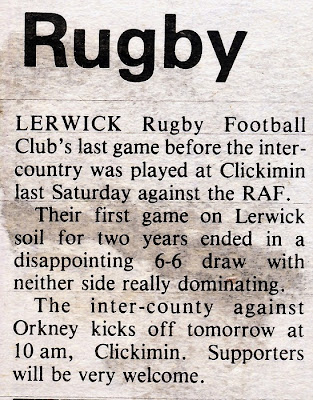 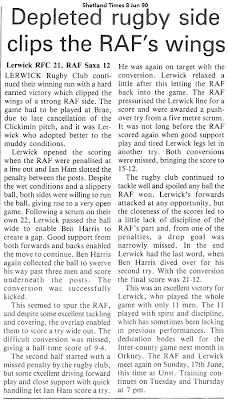 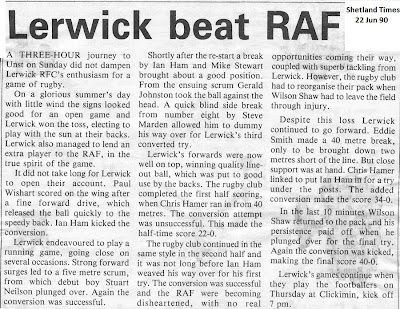 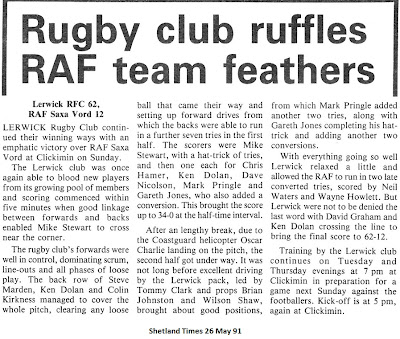 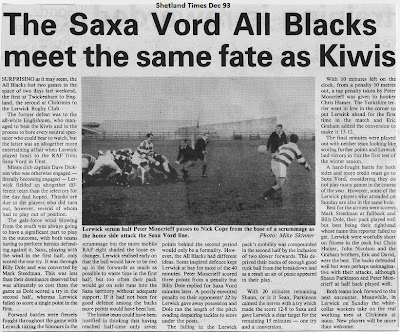 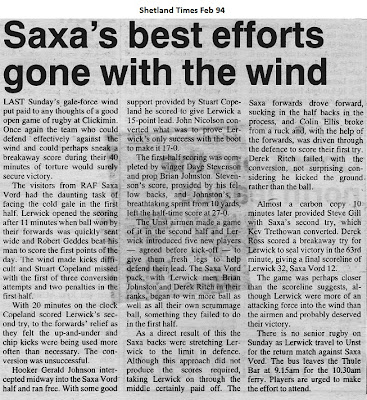 1999﻿
In 1999 the Saxa team took a short trip to ST Mawgan to compete in an RAF Plate event. Their exploits are covered in this article from the Summer 1999 edition of the Saxa Voice. 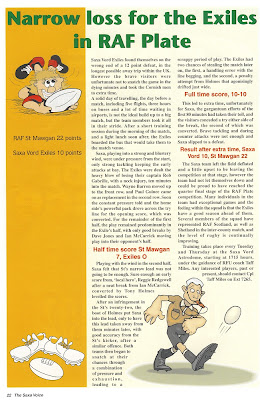 The next picture is also from the Saxa Voice Magazine. It appeared in an article in one of the last issues which dealt with some aspects of the Units history. It appears that a team from the BBC Grandstand programme made the trek to Unst film the Saxa team at play. Some of the footage was included on BBC in the lead up to a big rugby International match. Unfortunately no date for the event was included. 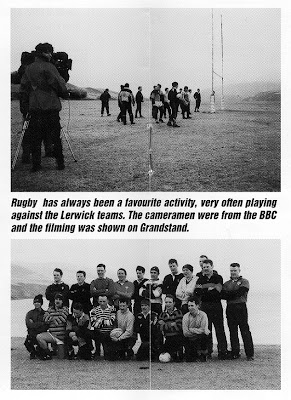 I am grateful to FS Paul Guinee, who has given me the details he can remember about the next picture, which was taken  in the period 1988/89: 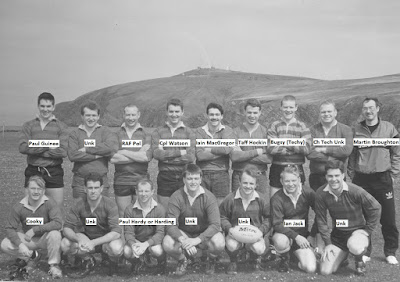 The final picture shows the opposition for that 88/89 match. If anyone can add details for either photo I would be pleased to hear from them. 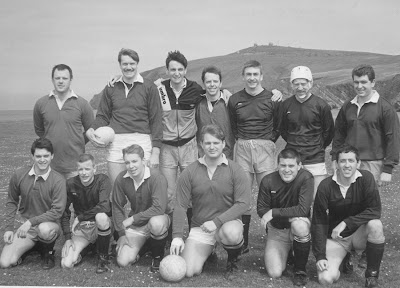