Functions in the Officers’ Mess in the 1960’s

I’ve put together a few pictures taken during the 1960s in the Officers’ Mess. I would welcome more, particularly if they are associated with names and dates. First of all a picture of what the Officers’ Mess looked like during this period. 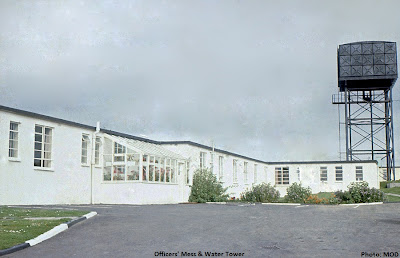 The slightly out of focus picture below was taken in the Mess in 1964. The band playing were The Hustlers, the well regarded camp band and the subject of a separate section way back in Mar 2010: http://ahistoryofrafsaxavord.blogspot.com/2010/03/hustlers.html 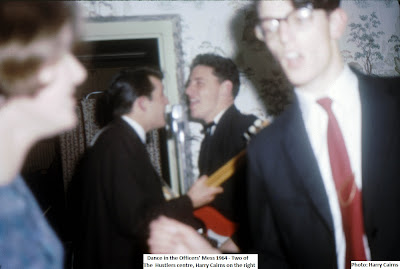 The next picture has me somewhat puzzled. I believe it to be a function which took place at Christmas 1965. The venue is the Mess Ante Room rather than the smaller Dining Room, probably because of the numbers involved – there seems to be a high proportion of Honorary and Affiliated Members present.  Amongst the civilians I recognise are Dr Robertson (Doc Robbie), Rev Dougie Lamb, Duncan Sandison and June Owers. The room is laid out as if it were a Dining In/Ladies Guest  Night, with the PMC and Stn Cdr (Sqn Ldr Stevens) at the top Table,  yet there are Christmas Crackers and decorations present – I presume it must have been a slightly relaxed Guest Night. (Left click on pictures to enlarge). 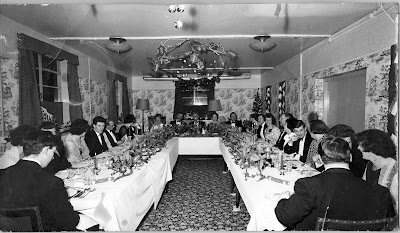 I have added names to the copy of the picture below. There are still a few names missing so I would welcome more information, Thanks to Dr Bobby Robertson & Harry Cairns for their help with the names. 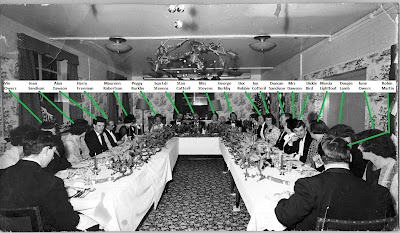 I think the next event shown was a year later – Christmas 1966. The rather blurred photo taken of a more informal function shows the CO, Sqn Ldr Ron Sparkes, in the centre foreground and possibly Alan Dawson on the Left. Of far more historical importance is the female member of the band at the back, right (face obscured), playing an instantly recognisable Selmer Blue Fender Jaguar Guitar – there is no truth in the rumour that I only married her for her guitar! 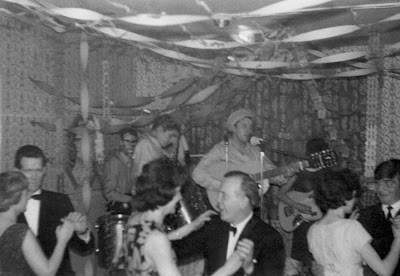 The last function featured is the Summer Ball which took place in 1967. The first picture came from my late father-in-laws collection. 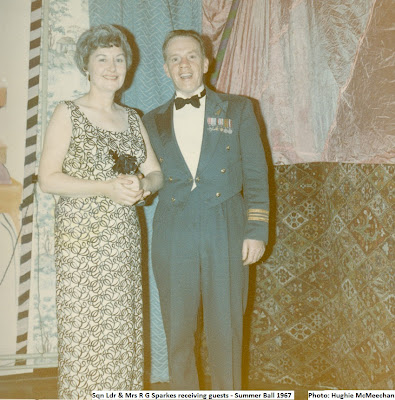 I’m grateful to Harry Cairns for allowing me to use the last 4 photos in this section (and for correcting some of my mistakes!). He and his wife Lesley attended this function during his second tour at Saxa. 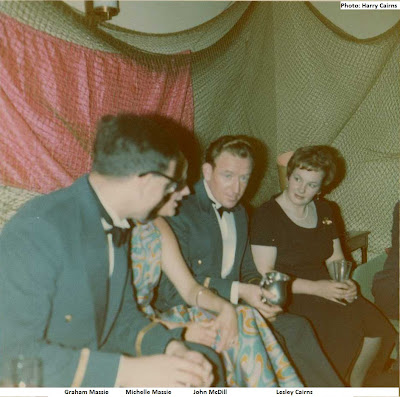 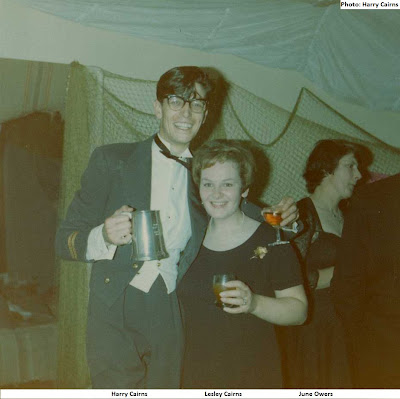 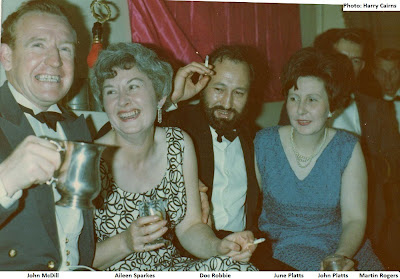 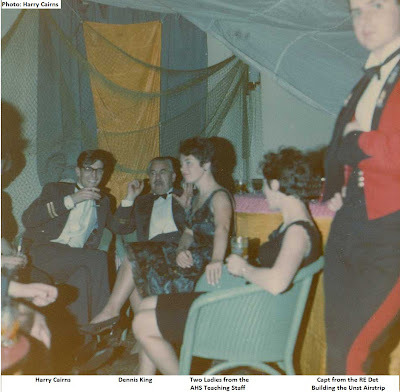 I would like to cover some of the functions in the Viking Club and in the Sergeants' Mess but don't have enough pictures or information at the moment. I would appreciate it if anyone could help out: gordon.carle@gmail.com
CONTENTS LIST
http://ahistoryofrafsaxavord.blogspot.co.uk/2012/03/contents-list.html