Many Pantos and shows were put on at Saxa – invariably to raise money for good causes. I have made attempts to identify those taking part in the events and I grateful to those who have responded to my requests for help. Where there appears to be some certainty with names I have added them, unfortunately there are a number of people who have been assigned more than one name and others for whom I have no name at all. If anyone can identify individuals who currently remain anonymous, or think I have misidentified anyone, I am happy to add names or make corrections at a later date – gordon.carleATgmail.com (replace the AT with the normal symbol)
1976 (ish)
The three photos below were all taken at the same event which was some kind of Stage show/Cabaret or Revue – I don’t know what it was in aid of nor do I have an exact date. However, knowing who some of the participants involved are, I estimate that the event took place around 1976. The first photo shows what was almost certainly a copy of the sketch from “That Was The Week That Was” which featured John Cleese, Ronnie Barker and Ronnie Corbett – “I look up to him etc” The only positive ID is Alex Ferguson in the middle and the consensus is that he is dressing up as a Sgt for the part – he not having reached that rank at that stage in his career. (Left click on pictures to enlarge). 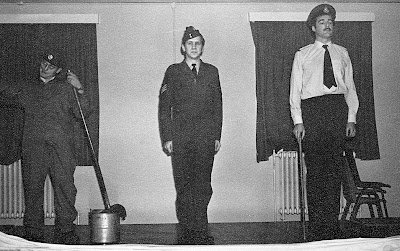 The next 2 pictures are of the same singing group. In both pictures it is definitely Pete Illidge, with a beard, on the left and, next to him second from left, the names Mick Ward and Bob Walker have both been suggested. The lady on the left is Mrs Dianne Allen and the other lady is believed to be a local school teacher. (Thanks to Mike Allen for some of the idents) The only other positive identification is on the second picture at the far right. On spoons is ex LAC McMeechan (RAF Skaw) better known as Hughie to most personnel at Saxa during this period. 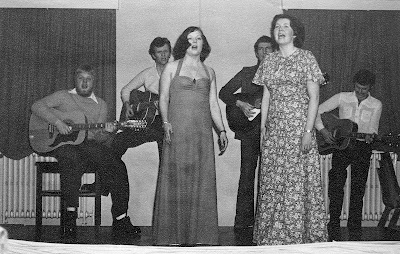 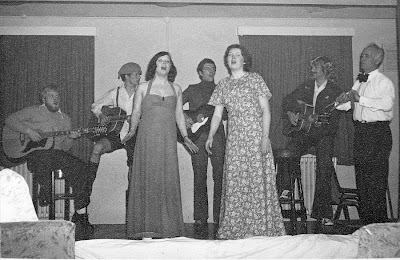 In early 1977 a performance of Cinderella was staged in the Haroldswick Hall in aid of the RAF Benevolent Fund and local charities. I have no photos of the event but 2 short articles from the Shetland Times and the RAF News are below.

1979 – Cinderella again
Cinderella was performed in the Haroldswick Hall again in 1979. The first picture shows the cast and it is repeated below with some names added – still plenty to be identified. Below that is a copy of a cutting from the Shetland Times. 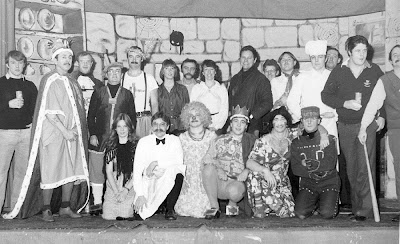 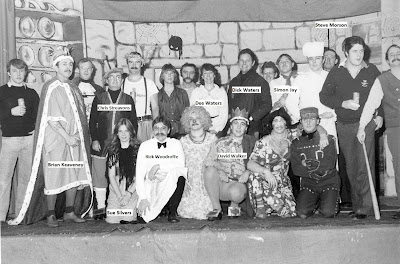 The title of this review which took place in the Haroldswick Hall in 1984 is obviously based to the long running TV Programme “It Ain’t Half Hot Mum”. The only information I have is in the Shetland Times cutting below. 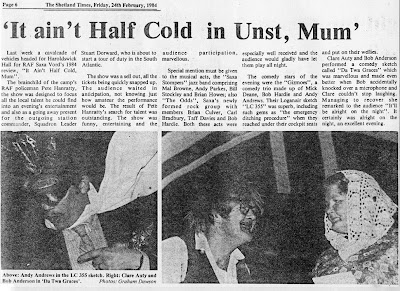 
This time the pantomime took place in the Baltasound Hall. It took to the stage on 3 nights and was performed to raise money to help fight Motor Neurone disease. I have no pictures of this panto, just 2 articles from the Shetland Times. The first clipping basically advertises the show and the second gives detail of money raised at this and other events. 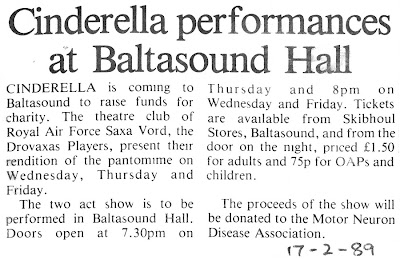 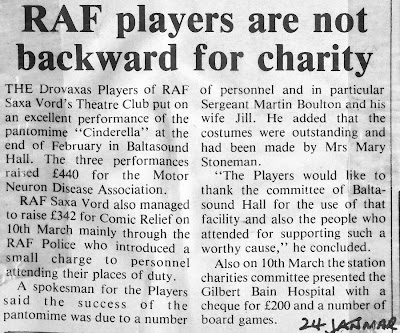 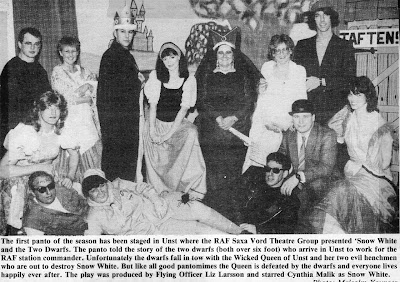 As I said at the beginning I am happy to add names and detail to the events above. I would also welcome information on the many other events which must have taken place in the life time of Saxa Vord.