R101 from the Outside

The pictures in this section are devoted to the “new” Ops Block, the R101, and show the exterior of the building from start to after closure. I am already gathering pictures of the interiors of both the R101 and the R10 for sections I hope to produce in the future. However, it is proving harder to find photos taken inside the buildings than it has been to find photos of the outsides. I would therefore welcome any pictures of the inside of either the R10 or R101, which I would be able to use. My email: gordon.carle@gmail.com

In the period 1976 to 1979 many of the buildings on Saxa Vord were demolished, replaced or refurbished. At the same time the main radars were replaced and most of the electrical equipment was greatly modernised. Those working “up the hill” were on a major construction site. NATO agreed to underwrite the Unit upgrade at a cost of £10 million (it went a lot further then). Most of the work was completed by summer 1979, at which time to Ops staff started the move from the R10 to the R101.
The first photo shows the Ops Site before the main work started, the only visible evidence of the upheaval to come are a few stakes in the foreground. (Left click on photos to enlarge). 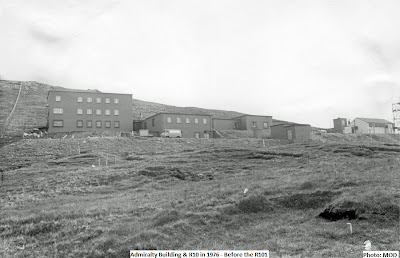 The next sequence of photos shows the start of serious construction work on the R101. A Large amount of heavy plant had to be imported to Unst and the problems with getting to the top of Saxa were significant – it’s no wonder that the road from the domestic to the top site had to be rebuilt shortly after – but that’s another story. 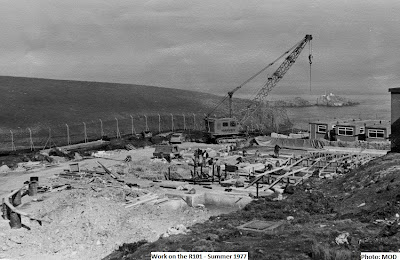 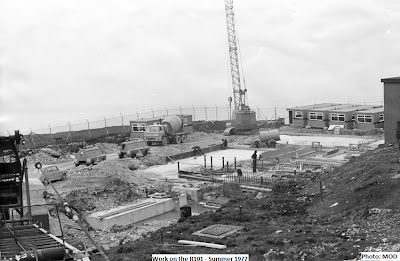 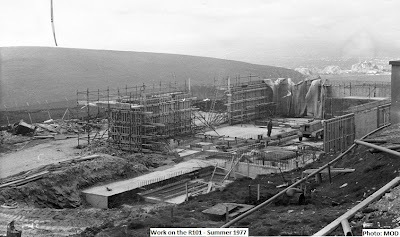 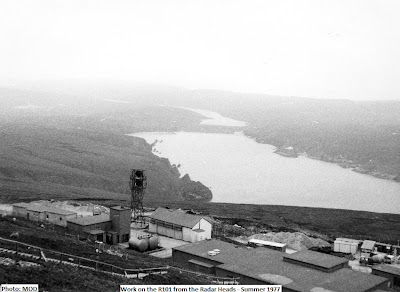 It had been decided to retain the R10 for the extra space it provided and a covered way or tunnel was built between the R10 and R101. The Police Piquet Post remained the entry and exit point for operations staff. The next 5 pictures show the construction of that covered way and how it looked after completion. 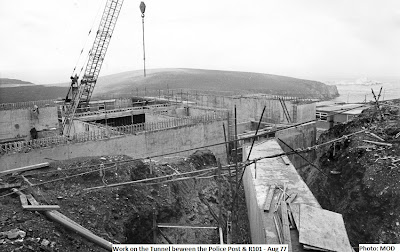 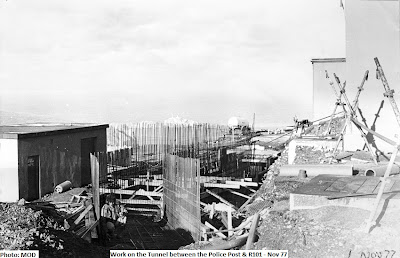 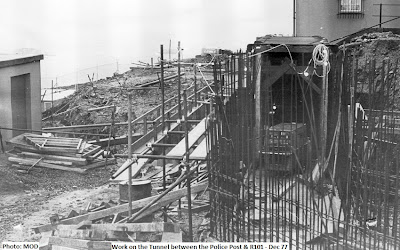 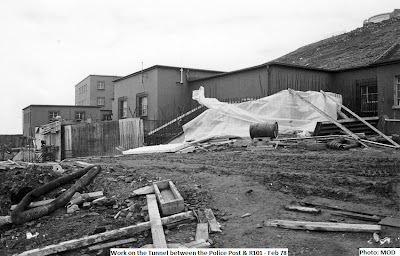 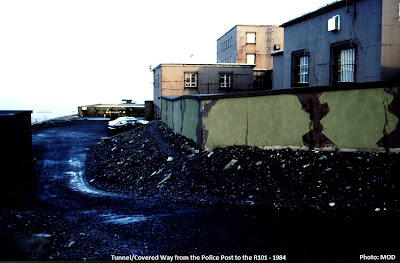 The next four photos are all taken at the south end of the R101 at a slightly later time in its assemby. 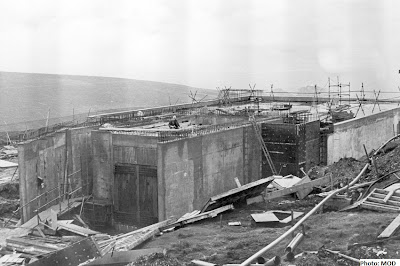 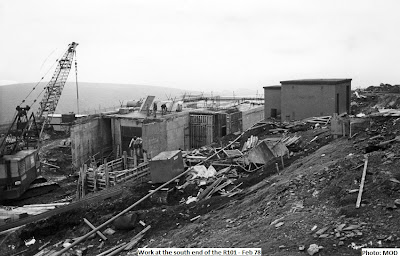 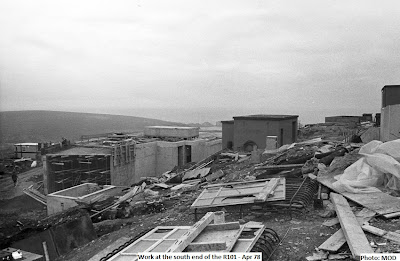 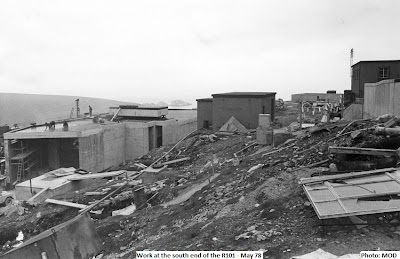 A new access road had to build to the new ops block. 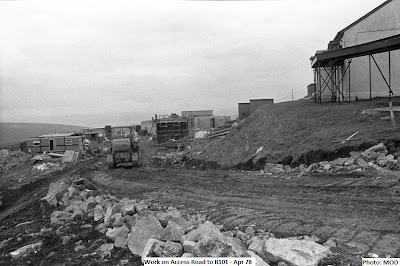 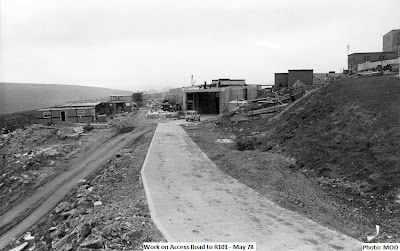 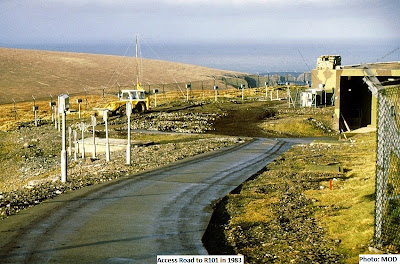 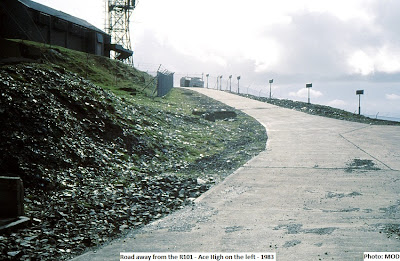 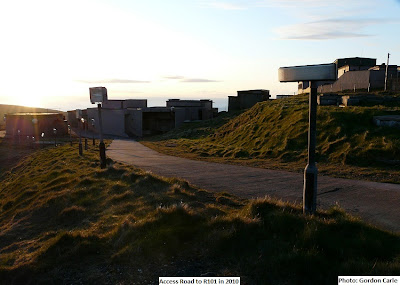 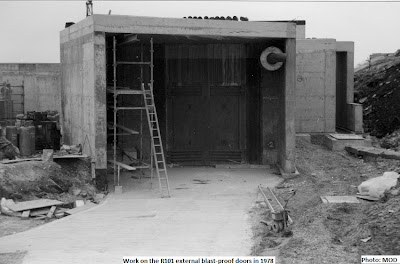 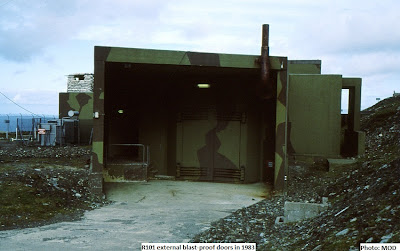 The following shots show the R101/Ops site fully operational in the period 1983 and 84: 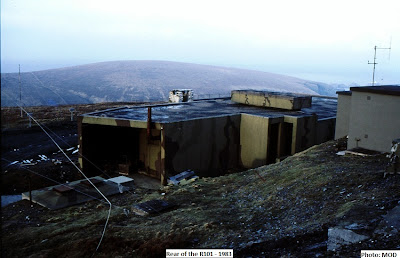 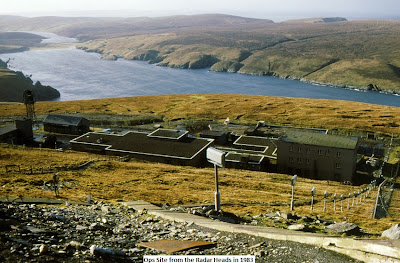 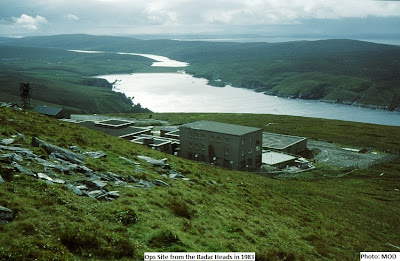 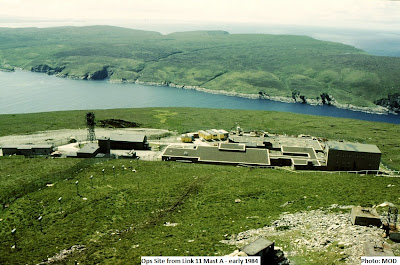 In 1984 the Ops staff moved back out of the R101 back to the R10 into an interim facility (see earlier section in the blog : http://ahistoryofrafsaxavord.blogspot.com/2010/10/interim-ops-room-1984.html ). This was a pre planned move with GL161 equipment shipped up and installed for the occasion. I have still to ascertain exactly what happened inside the R101, but it would certainly have involved the installation of more up to date equipment and I do intend writing about this later. Whatever happened inside, work certainly occurred on the outside of the building as well, as the next 2 pictures show. 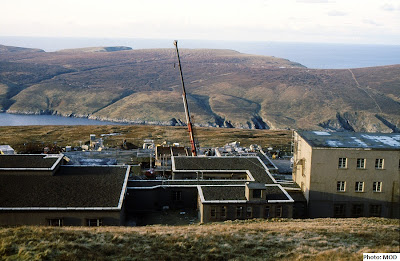 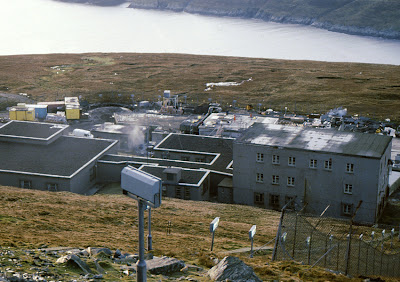 The last 3 views are just general scenes of the Ops Site, taken in 2010. Two rectangular structures can be seen on the roof of the R101 – they were constructed in 1984. I have no data on what they are (water tanks, outside loos, artificial bonxie nests – until someone lets me know I’ll keep on guessing) 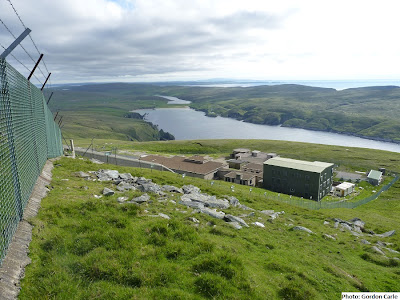 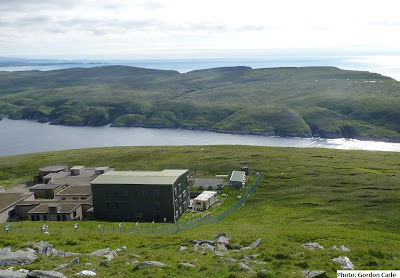 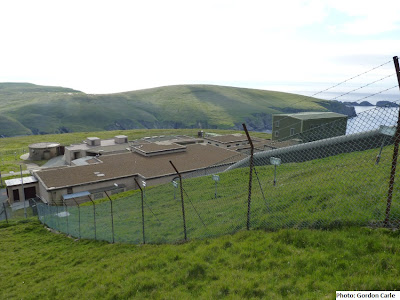