As was mentioned in Charity Events Part 1:-
http://ahistoryofrafsaxavord.blogspot.com/2010/06/charity-events-part1.html many events were held by servicemen & their families to raise money for good causes throughout the life of the Station. Pictures of a few more of these events are below and there will be subsequent charity sections published in the future. (Left click on pictures to enlarge).
Blue Peter Bring & Buy Sale in aid of Cambodian Refugees - Dec 79

The first photo shows the opening of the sale on 1 Dec 79 by the Station Commander, Sqn Ldr George Keith. The second picture was taken whilst the sale was in progress. 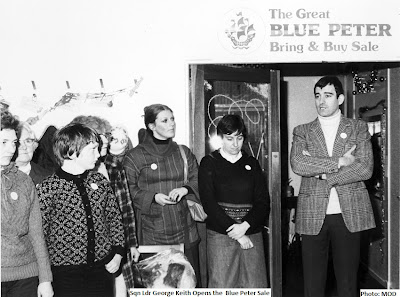 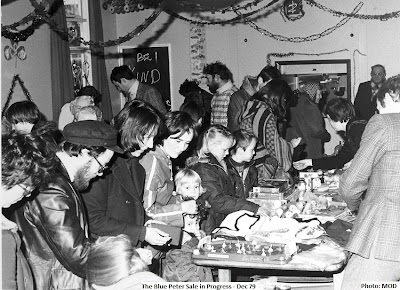 Forty-five people took part in this event, running various distances for sponsorhip. The occasion was designed to help purchase an ECG machine to be located on Unst. It was one of a number of events organised to raise money for this cause. The pictures below show Sgt Jerry Davey ( who ran the furthest distance – 51 miles), a copy of a memo providing information for a possible RAF News article and 2 pictures of the presentation of the ECG machine to Dr Karam, the local GP, by the Station Commander, Sqn Ldr Peter Hunter. 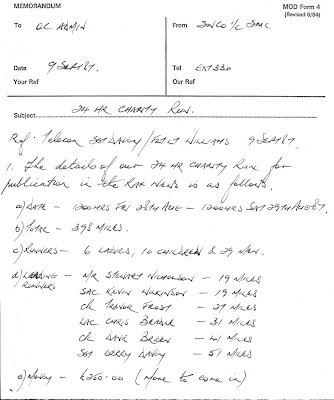 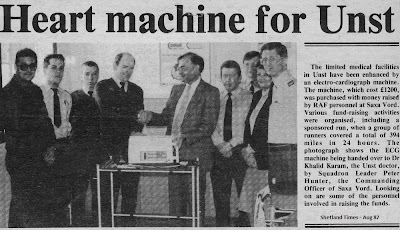 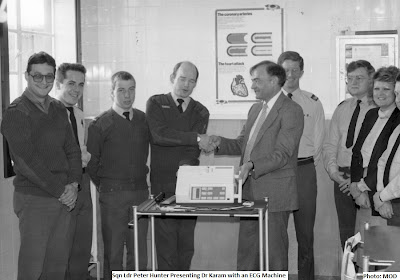 A group of eight runners ran the 86 miles from Sumburgh to Saxa to raise money for Muscular Dystrophy and for the RAF Benevolent Fund. The picture below is from the Shetland Times of 25 May 90 and Sqn Ldr Brian Gregson, the Station Commander can be seen accepting a cheque from SAC Jimmy Burgoyne who, along with the 7 other individuals in the photo, took part in the run. 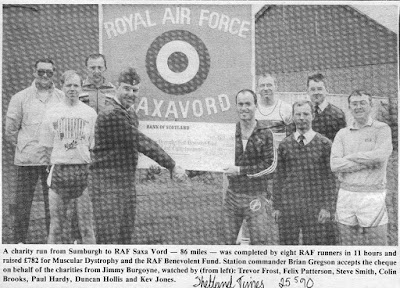 Sponsored Rugby Run for Save the Children Sep 91

In 1991 an organised run carrying a rugby ball, took place from Unst to Murrayfield with the aim of promoting rugby in Scotland and raising money for charities along the way. The RAF Saxa Vord Rugby Club started the event carrying the ball as far as Belmont. It was picked up and carried across Yell by the Lerwick Rugby Club. The Saxa personnel decided to collect money for Save the Childen. The first two photos below show some of the participants and the third is a copy of a Shetland Times article about the run. 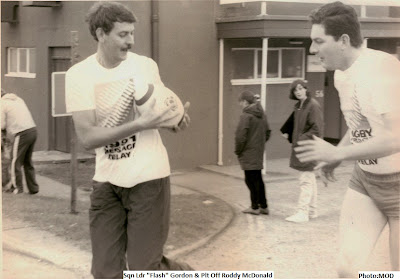 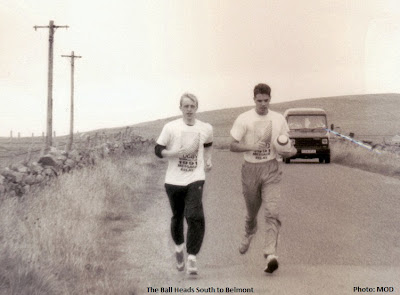 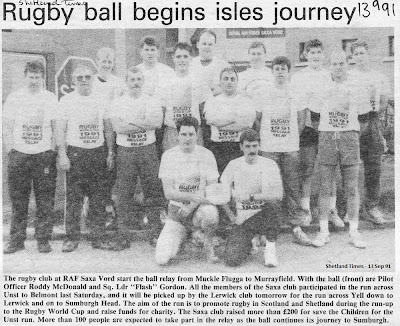 In 1997 the Station took part in a number of schemes to collect money for Comic Relief. One of the most “hair-brained” schemes was the CO getting a sponsored head shave – yes I agree it’s a horrible pun. Sqn Ldr Grays own comments on the operation can be read in the copy of his entry in the Station History (F540) for March 1997. 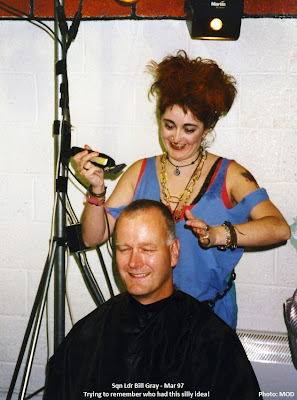