During the life of RAF Saxa Vord many thousands of pounds were raised for charities with local, national and service organisations benefitting. It would be impractical to try to cover all the events involved in one section of the blog and so I have titled this Part 1 with the intention of adding more in the months to come.

The events themselves were sometimes organised by the station as a whole, sometimes by sections of the community such as the Cpls Club or the Wives Club and often by small groups of individuals who didn’t always get the recognition they deserved. In this section I intend to publish the small amount of material available on 2 events. If anyone wishes to be credited with the photos please contact me: gordon.carle@gmail.com

Chariot Race 1995. As part of the longest day celebration in 1995 it was decided to hold a Chariot Race from the Domestic Site to Burrafirth. The event was to raise money for the local charity “Care for Unst” 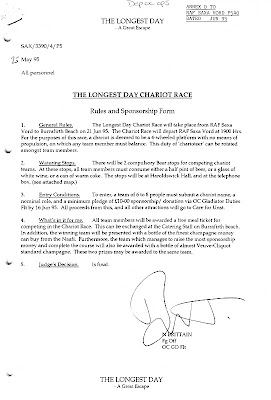 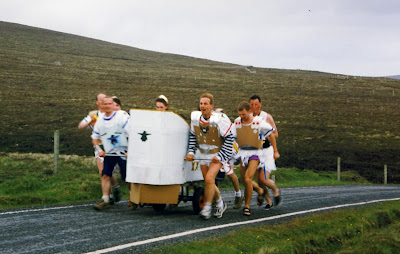 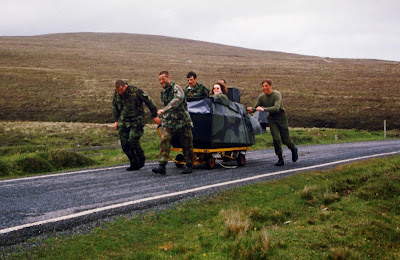 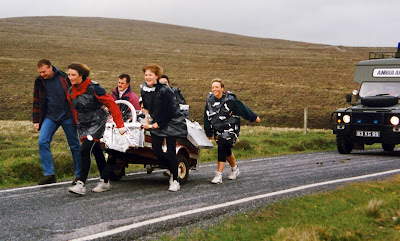 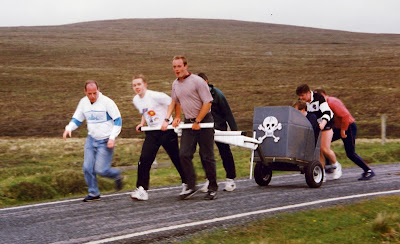 Triathlon 2002. By 2002 the service strength on the Unit had reduced to around 70 and this was a fairly ambitious project for a unit that size. On this occasion the idea was to raise funds for the Lerwick Branch of the RNLI – Royal National Lifeboat Institute. The pictures below include an extract from The Buchan Bronco – RAF Buchan was parenting Saxa at this time and the Unit was too small to justify its own magazine. The event is described and pictured below:- 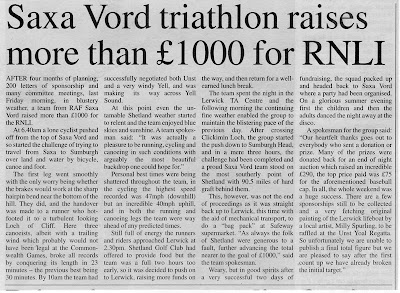 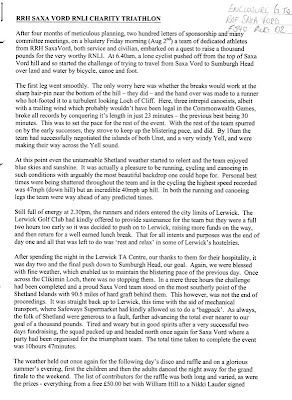 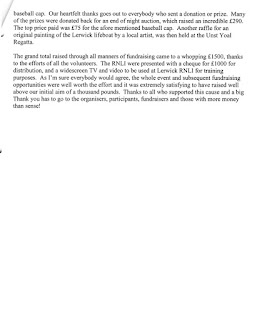 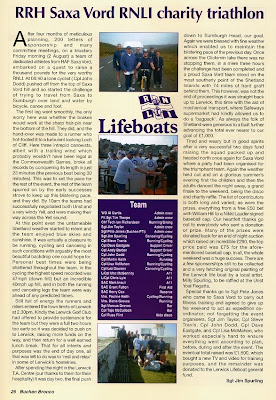 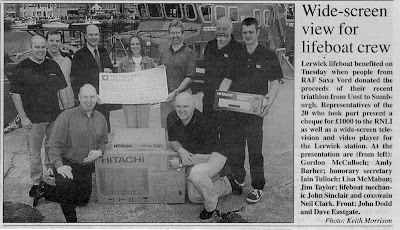